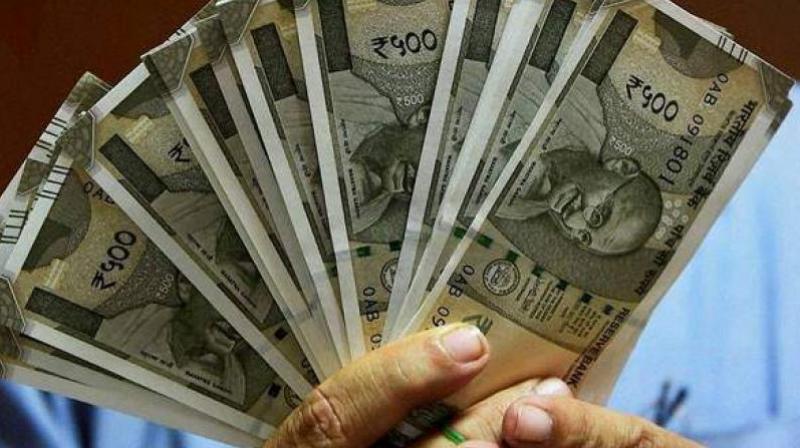 Faced with an eleven-fold increase in gas prices, even the advanced economies are quietly reworking their energy strategies to keep coal as a fallback for volatile natural gas. (Representational Image/ PTI)

Summer used to be a languid period, of taking time off from the hectic activity of the fiscal year closing, schools shutting down for long vacations, job relocations and new beginnings. No longer. And it is not just because the BJP works all year around at remaining the number one political entity. Annual ministerial jaunts to cool foreign locations seem to have been drastically curtailed, keeping the bureaucracy too glued to their offices.

Business too has changed. The time of day and seasons no longer define anyone’s work schedules. Work happens ceaselessly and you are forced to take calculated risks while seeking time off, lest you find a “bot” or a less demanding humanoid in your chair, and your access to the office intranet blocked on your return.

This change, terrible as it is for the privileged, professional, middle class, which traditionally enjoyed a summer work-lull with the family, is necessary for the economy, where efficiency levels remain abysmally low — although the jury is still out on whether 24X7 work results in higher productivity. Even machines need annual rehabs. But work frenzy is catching. Just ask the high command of the Grand Old Party, which instead of holidaying in cool climes this summer, will be tutored on “how to win elections” at Udaipur (40 degrees Celsius). The only other option was Raipur, Chhattisgarh (42 degree Celsius).

It does not help that electricity utilities are the first to collapse under the heat, as creaky distribution systems overheat, distribution transformers go up in smoke and King Coal revels in increased demand from thermal generators, far exceeding the production in coal mines. The latter might have taken the Glasgow COP 26 declaration last year about the “End of Coal” too readily to heart. With electricity demand peaking to beat the heat and coal stocks steadily dwindling in the generator’s coal yards (55 per cent of normative stock levels on April 4, according to the Central Electricity Authority), the early demise of coal fails a reality check.

And not just in India. Global coal-fired generation could be higher in 2022 than the earlier (pre-pandemic) peak in 2018. The Ukraine imbroglio has punched a hole through the European complacence on how “civilised” nations settle disputes and the continued usefulness of the United Nations architecture where consensus eludes even the Big Five “entitled” nations. Curiously, the prospect of a one percentage point drop in growth in 2022 (IMF, April 2022), is all that it took for energy strategies to be reopened in Europe. Compare this with the cost which developing countries would be forced to bear to green their energy systems over the next two decades, with no compensating aid in sight, to clean up the detritus of industrial growth enjoyed, principally, by the advanced economies.

The parallel drop in growth prospects for India in 2022 is 0.8 per cent. What hope then for the carefully curated consensus around Net Zero concluded just some months earlier? Faced with an eleven-fold increase in gas prices, even the advanced economies are quietly reworking their energy strategies to keep coal as a fallback for volatile natural gas. Across the Czech Republic, the United Kingdom, Portugal and Germany, mothballed plants are being revived and the targeted decommissioning postponed. (Energymonitor, April 20, 2022).

India is enmeshed in the throes of deep political discord which becomes shriller by the day. The shambolic, accommodative Indian State is fast evolving into a big, efficient, coercive State. There is fairly wide support for this makeover.

Cynicism about whom the Big State works for is deeply embedded in the average citizen, induced by having to wait far too long, for the trappings of democracy to translate into real-life benefits for those at the bottom of the heap.

And yet extreme poverty (those living below $1.90 per day level on purchasing power parity basis) has declined in a secular manner from 22.15 per cent in 2011 to 10.2 per cent in 2019 (Sinha Roy and Van Der Weide, World Bank, April 2022). Note that even the demonetisation in late 2016 and the introduction of the disruptively transformative Goods and Services Tax soon thereafter in 2017 induced only a marginal temporary uptick in urban poverty, whilst rural poverty declined faster through this period.

Another working paper of the IMF (Bhalla, Bhasin and Virmani, April 2022) adopts the unorthodox approach of adding back to surveyed consumption the difference between the market price and the much lower (or free) issue price of food aid provided since 2013 to 75 per cent of the rural population and 50 per cent of the urban population. It finally concludes that the proportion of population below the level of extreme poverty fell from 10.8 per cent in 2011 to 0.8 per cent in 2019, increasing thereafter just marginally to 0.9 per cent in 2020-21.

The activists are vocal against this allegedly “statistical” end to poverty, unrelated to reality. They should ponder instead, on a second finding of this paper, that if the targeted poverty level is increased to $3.20 per day, as is appropriate for middle-income countries like India, poverty remains visible, albeit reducing from 52.2 per cent in 2011 to 14.8 per cent in 2019, but increasing sharply to 18.1 per cent in the pandemic year 2020-21.

The massive food aid programme which the government had unleashed during the Covid-19 pandemic succeeded in insulating the poorest from income erosion, but the next above “aspiring classes” were hit hard by lost jobs and disrupted livelihoods. Pulling this set of 200 million people out of relative poverty through direct transfers is beyond the already stretched fiscal capacity of the State. It remains a challenge, which only expanded infrastructure development, enhanced public services, higher agricultural productivity and rapid private investment can address sustainably.

How well we navigate the immediate future in the face of all these global headwinds — higher inflation, higher interest rates and reduced demand for exports — will depend crucially on the ability of the government to target expenditure surgically to where it gives the biggest bang for the buck without, of course, political economy considerations or shock and awe-inducing, big, new “expensive” programmes along with the adoption of a participative, decentralised strategy for enlarging the national revenue pie. The BJP has the numbers in Parliament, it has the expertise and the political energy. The real question is: does it really have the intent to look beyond winning elections? That is not a bad strategy in itself, but it can be severely debilitating economically.