Whether the Taliban’s recapture of Kabul comes to pass or not, staying engaged with Afghanistan is India’s foremost challenge in the region 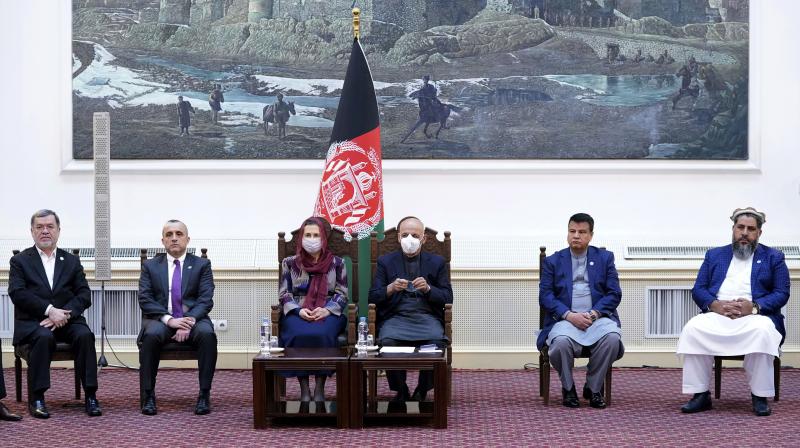 In the Afghanistan context, the present juncture can be characterised as the twilight hour embedding the deepest uncertainty. India cannot but be greatly concerned as it has indicated interest in being invested over the long term. It has unmistakable strategic interests in a geopolitical (and geo-economic) area that marks the junction of South Asia, West Asia and Central Asia.

India’s interest has lately been underlined in spite of the unsettling political and military situation in Afghanistan, which may well permit the return of the Taliban to the seat of power in Kabul. Indeed, India’s commitment to the people of Afghanistan was restated when earlier this month it signed the $300 million Shahtoot dam project that will provide clean drinking water to the once great city of Kabul, which has fallen on hard times in recent decades.

The Taliban, a strong politico-military outfit specialising in the terrorist method, are a special product of Pakistan, manufactured to permit Islamabad to have a long-term hold over Kabul. This is widely recognised. The Taliban leadership lives in Pakistan. Whether the Taliban will continue to be under Pakistan’s thumb over the long haul is a matter for the future.

Pakistan influences Afghanistan in deep, malignant ways as it has a long border with that country. Pakistan’s best friend China, now militarily and economically very powerful, also has a border with Afghanistan. India, on the other hand, does not, and is thus disadvantaged by geography.

New tools need to be devised. A new diplomacy with the friendly countries of the region, in particular Iran and Russia, which enjoy contiguity with Afghanistan (Russia via Tajikistan, where Moscow’s influence is paramount), must be envisioned. Indeed, the process of better gauging the Taliban, and forging the terms on which a relationship with this group can be reached, is also a part of the challenge for India.

The uncertainty in the Afghan theatre has been precipitated on account of the agreement reached by America’s erstwhile Trump administration with the Taliban one year ago this month. Under the Doha accord, all US troops must leave Afghanistan by May 1 this year in return for the Taliban cutting links with Al Qaeda. Alongside, the Taliban are enjoined to engage in an intra-Afghan dialogue in which the Afghan government is included. This is with a view to the formation of a government that will enjoy wide acceptability in the country.

The Taliban have, however, scuttled meaningful negotiations. They have instead unleashed violence on an unheard-of scale, killing around 50 people daily over the past year, and engaging in targeted assassinations. The prognosis is dire. If the American forces pull out wholesale as planned, it is widely thought that civil war will break out. Armed factions are likely to emerge to resist the Taliban as the latter attempt to take control in Kabul with the help of Pakistan (and possibly China), while some groups may strike deals with the Taliban.

All eyes are on the new US administration of President Joe Biden. Will he stick to the timetable of withdrawal of American forces envisaged by his predecessor? Or will he, as many have urged, adopt a conditions-based approach whereby the US forces will persevere with a withdrawal scheme that will be guided by conditions on the ground and not by an artificial timetable.

The Afghans, and the regional powers, are naturally watching the situation closely. Iran and Russia, which carry considerable weight in Afghanistan, would want the Americans to withdraw soonest, but not in a rush. They fear that a hasty US pullout will inexorably pave the path for a quick Taliban or Pakistan takeover as other leading political and armed factions (over which Iran and Russia have natural leverage) will be disadvantaged if the Taliban cut through militarily, pre-empting a political process.

India -- while it has commonalities with Tehran and Moscow on the Afghan issue -- desires that the US ensure a smooth political process for the future governance of Afghanistan in which all participants, including the Taliban if they are interested, engage in political competition on the basis of an agreed Constitution, without resort to arms, in a sovereign, democratic, Afghanistan.

New Delhi has nursed such a goal for long but has done all too little to work in that direction. It practically found itself rooted to the ground for more than six months after the US and Taliban signed the Doha agreement in February 2020, uttering diplomatic pieties and doing little else.

India showed yet again that while it has influence in Afghanistan, especially with the people, it possesses little leverage. Lately, however, attempts are being made to change this state of affairs. To the satisfaction of the Ashraf Ghani government in Kabul, New Delhi actively engaged the United States and Nato to resist a precipitate military withdrawal and has shown other signs of engaging more deeply.

It may be appropriate to make mention in this context of the Afghan charge d’affaires in New Delhi, Tahir Qadiry, who worked with energy, and some foresight, in a most difficult moment to impress upon India to step up its act and be proactive to mobilise Afghan factions in the democratic direction even as the US-sanctioned Doha process (which may conceivably unravel) plays its music in a different register.

Kabul has not had an ambassador in New Delhi for more than two years and it fell to this young diplomat to fill a big gap. It is this spirit that saw in the recent period the arrival in New Delhi of senior Afghan personalities such as Abdul Rashid Dostum and Ata Mohammad Noor and others although the Covid-19 pandemic inhibited travel. The building of a viable consensus among the top political figures of Afghanistan is crucial in the context of a post-US Afghanistan.

India enjoys the goodwill to be a catalyst. But will it play that part? Zamir Kabulov, the Russian President’s special envoy for Afghanistan and a respected Kabul hand, is said to have noted wryly: “If India wants to come to the party, it must dance!” Perhaps preliminary steps have been taken in that direction. But it is still early days. What New Delhi must really prepare for is to remain on terra firma in the Afghan theatre even if the US troops pull out completely in the next two months.