Justice Bhandari has already been at the ICJ for five years, having succeeded an incumbent who resigned to assume political office at home. 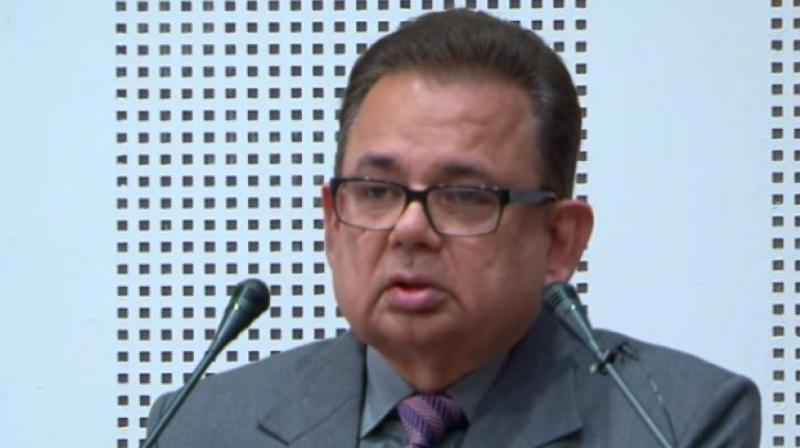 Justice Dalveer Bhandari’s election at the United Nations earlier this week for a fresh nine-year term at the International Court of Justice (ICJ) at The Hague has brought jubilation to South Block and to India. India’s permanent representative to the UN Syed Akbaruddin correctly shared the credit with the political leadership in New Delhi, bureaucrats being best served by avoiding the limelight. Justice Bhandari has already been at the ICJ for five years, having succeeded an incumbent who resigned to assume political office at home.

As per the statutes of the ICJ, appended to the UN Charter, five vacancies are filled every three years. Unlike an election to the UN Security Council, no regional distribution is mandated and the statute only specifies that candidates be chosen to provide “representation of the main forms of civilisation and of the principal legal systems”. Conventionally, however, a distribution system has evolved reserving five seats for Western Europe and Other Countries (which include the United States, Australia etc), three each for Asia and Africa and two each for Eastern Europe and Latin America. Also, as a majority is required by each candidate in both the UN General Assembly and the Security Council, the Permanent Five (US, Britain, France, Russia and China) have always cornered one seat each. Thus, since China’s entry into the UN, one Asian seat goes to it, leaving two for others in Asia. The UK has continuously held a seat since 1946, when the court was constituted. The European group having cornered five slots can ensure a majority on the bench with three more judges, thus providing a fail-safe mechanism despite the jurisdiction of the court not being mandatory. The actual election begins with a list of aspirants presented to the UNGA and UNSC. This year the first ballot was held in early November. Those obtaining the support of a simple majority (97 votes in the UNGA and eight in the UNSC) are declared elected. In the first ballot, where one Asian seat was up for grabs, Lebanon’s permanent representative to the UN actually beat Justice Bhandari and was declared elected, along with the candidates of France, the court’s sitting chairman, and of Somalia and Brazil. That left the fifth seat open to contest, although as per convention it was for the European group and should normally have gone to the UK, a permanent member of UNSC. India had a call to make — to either withdraw from the race, the Asian seat having already been filled, or to go after the last seat and thus break a convention. India chose the latter.

In repeated balloting, the UK retained an edge in the UNSC vote while lagging far behind in the UNGA, with India polling near a two-thirds of the majority in each ballot. That India could best a permanent member of the UNSC in the General Assembly is not a surprise as the bulk of its members resent the privileges of the former. The current success must not eclipse the fact that Lebanon did beat India for the Asian seat. The United States too finds it difficult to get the UNGA on its side, particularly on questions that involve Israel. India’s weakness at the UN while seeking elective positions has been its inability to develop a solid bock of votes. For instance, Africa operates on a consensus basis at the UN. Thus, once by rotation a country or its candidate has been selected, the entire block of 50-odd votes are cast in its favour. Similarly, the overlapping groups of the Arab League and the Organisation of Islamic Conference would largely align behind one of their members. In addition, the antagonisms in South Asia get Pakistan and some others to unthinkingly oppose India. The Non-Aligned Movement used to be India’s natural support group, but as the group has expanded to constitute literally two-thirds of the UN membership, it is no longer a cohesive entity. The only remaining natural allies are the members of the Commonwealth, who share with India a colonial past and Anglophone affinity. With a deadlock for the last ICJ seat, there were some murmurs that Britain may invoke an archaic provision in the ICJ statute for a “joint mechanism”, with three nominees of each organ, to find a solution. However, with India’s brute majority in the UNGA, moral pressure began building on the UK and it withdrew its candidate. Britain’s foreign secretary, in his parliamentary intervention, extended India a handshake and felicitations, thus ending the matter for now. However, the British media are berating their government for the obvious loss of prestige. It is possible that Britain decided not to use the statutory loopholes to negate Indian support in the UNGA, fearing this might impact its relations with India. Whether Britain nurses a hurt or not will become evident by its handling of billionaire fugitives like Vijay Mallya and Indian extradition requests, or its stance at the UN on Kashmir.

Undoubtedly Pakistan would have worked overtime with its friends and allies to block India as the Kulbhushan Yadav case is currently before the ICJ. Ironically, the UK is the only Permanent Five member which accepts the “compulsory jurisdiction” of ICJ. While there is some prestige attached to having a judge on the ICJ, in reality he is not expected to lobby for India, nor is India likely to be hauled before the court as it does not accept the court’s compulsory jurisdiction. To claim that somehow Indian success in beating a P-5 member is a prelude to India being able to now mount a charge to reform the UNSC is pure humbug. A skirmish won is far from a victory in war. Greater credit would be due if India had succeeded in beating Lebanon for the Asian seat in the first round of balloting. Chest-thumping is best replaced by modest clapping.