Opinion   Columnists  23 Aug 2019  Ease of running a business: What Siddhartha forces us to reflect on
Opinion, Columnists

Ease of running a business: What Siddhartha forces us to reflect on

Siddhartha wanted to be a “wealth creator”, as do thousands of entrepreneurs who open startups in India every year. 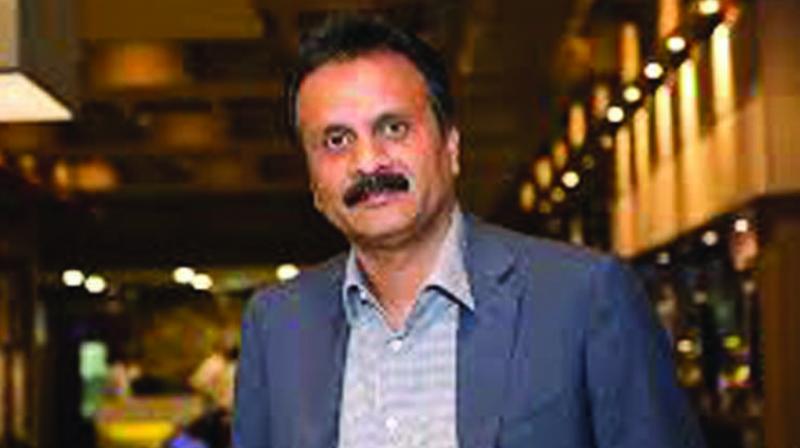 In his Independence Day address, Prime Minister Narendra Modi exhorted citizens to respect wealth creators so that they can achieve our economic goals. Surely, Mr Modi had borne the unfortunate suicide of “coffee king” V.G. Siddhartha in mind. Tax terrorism was one of the issues that had hit Siddhartha hard. Hopefully, his death and the Prime Minister’s reflections on it will lead to some checks on this phenomenon.

Siddhartha wanted to be a “wealth creator”, as do thousands of entrepreneurs who open startups in India every year. We need these entrepreneurs and the entrepreneurial spirit to be alive if we are to reach anywhere near the $5 trillion economy we aspire to be by 2024.

This goal, however, requires, as per non-government estimates, an 8-9 per cent real growth rate per year for the next five years. But, the projected growth rate of less than seven per cent for FY20 doesn't give us much of a head start.

As per the revenue and expenditure estimates provided in the Budget, even this rate of growth is not expected to come solely from the public sector. Private investment and entrepreneurs have a big role to play in growing the economy and creating jobs.

Yet the issues brought to fore by the suicide of Siddhartha fly in the face of all celebrations around a purportedly improved ease of doing business in our country, which mainly involves securing approvals.

For entrepreneurship to truly flourish, it is ease of running a business that is a necessary condition that has to be met.

As things stand today, India’s ease-of-doing-business story is full of paradoxes. Take the case of Startup India. On one hand, the government has created a corpus of funds for startups. Yet on the other, it has imposed the “angel tax” on companies that has sucked out investments flowing to them. Added to this is the mental and financial burden of frequent notices and hiring of experts to deal with them. An incoherent and siloed policy with one arm of the government promising the moon and the other arm pulling businesses down, compounded by red tape, is thus badly hobbling entrepreneurs.

For long, corporates have complained of high tax rates and harassment by the tax authorities and now startups have joined the chorus. A recent report by the Reserve Bank of India’s Micro, Small and Medium Enterprises committee has noted that many startups that were well-funded and primarily operated in India have relocated outside India, heavy tax burden and red tape driving the movement. As per the OECD's calculations India’s corporate tax rates are among the highest in the world. This means that companies in India are coughing up a much higher share of their income than their foreign counterparts.
To add insult to injury, they have to put up with an almost vulture-like attitude of the tax authorities blinkered save their collection targets. Taxmen’s mindsets, burnished with egos and the proclivity for corruption in our country, is a matter of common knowledge. It has led to the relationship between tax authorities and entrepreneurs becoming one that is based on coercion. In the normal sense, entrepreneurs are not in the business of stealing and deserve to be treated with respect. It is something that Siddhartha’s letter stresses on. Without bringing about a basic behavioural change in our bureaucracy, how are we to create ease of running a business in India?

The construct of a $5 trillion economy is heavily pegged on private sector participation. It is imperative that the government provides an attractive and friendly environment to investors and entrepreneurs. In the pursuit of a World Bank ranking, India has been able to reduce transactional costs of starting a business to an extent. But recalling a popular management tip, “What doesn't get measured doesn't get done”, perhaps we should move to more inclusive operational indices that go beyond obtaining permits and clearances and focus on providing an enabling environment to the businessman.

Policy stability and coherence are primary drivers of such an enabling environment. Entrepreneurs crave stability, certainty and coherence on one front that gives them the leeway to take risks on others. It’s time thus for a holistic approach wherein silos are broken and coherent and consistent signals go out to entrepreneurs from all arms of the government.

Regardless of the outcome of investigations on the circumstances leading to his demise, the unique legacy of Siddhartha will live on. It will provide business lessons to budding entrepreneurs, the “wealth creators” of tomorrow. The systemic failures that are being debated after his suicide should provide enough cues to the government to act in areas that are in desperate need of attention. Having burdened our entrepreneurs with so many expectations, we simply cannot fail them.