Opinion   Columnists  23 Aug 2017  To Chicago via Doha: The joys of the detour
Opinion, Columnists

To Chicago via Doha: The joys of the detour

One senses in Al Jazeera’s reports a bias for regressive religious ideologues. 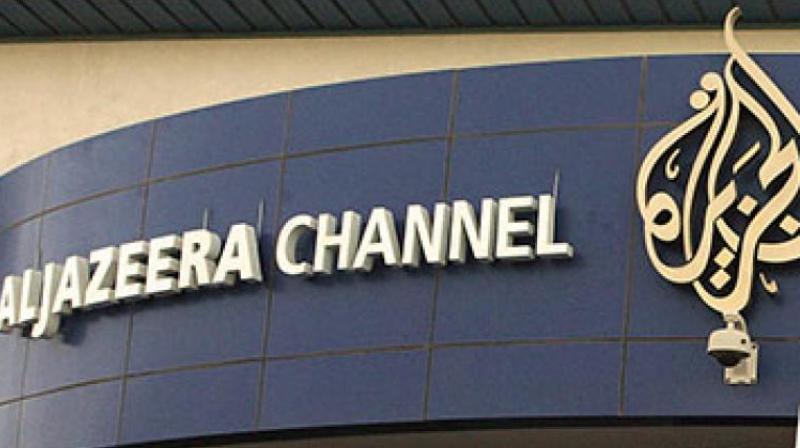 As a journalist, one has travelled to remote places across India that have intractable pot-holed roads or have no roads at all to connect them to the rest of the country. Given the challenge, there was always the option of hitching a ride with the odd politician on a helicopter, a memorable one being with Lalu Yadav to Vaishali, once a thriving cultural hub of ancient India now confined to the backwaters of Bihar. There is, though, nothing to beat the trove of experience and stories that slower journeys throw up on routes that often meander through punishing terrains.

Recently, I had to travel to Chicago from Delhi, and the only option was to fly. Since there was no journalistically stimulating route on offer, say, via Pyongyang, and there is no airport yet on the Doklam Plateau where India and China are flexing their military muscles in an ominously fraught battle of nerves, I chose to fly via Doha. The politically loaded route map displayed on the Qatar Airways monitors compensated amply for the money and time lost in cancelling the non-stop option with Air India.

The Doha route had its purpose, not the least being to breach the dubious sanctions placed on Qatar all because it has an outspoken TV channel. We all have our differences with Al Jazeera, not the least over its support for the destruction of the secular state of Syria. One senses in Al Jazeera’s reports a bias for regressive religious ideologues. That being the case, however, the remedy is to crosscheck its coverage on alternate channels like Russia Today or CNN, preferably both, and not to call for the channel’s closure.

What if Muslim extremists win elections, on the other hand, as they have done in the past in different locations? Should a military coup void the results, as the generals did against the elected Muslim Brotherhood government in Egypt? Al Jazeera has been punished for opposing the coup, its reporters jailed. The Gulf states are wary of the Muslim Brotherhood because of its support for political change, and so is Israel because of the Brotherhood’s admiration for Hamas.

Al Jazeera likens Hamas to a resistance group against occupation, not as a terrorist outfit. It riles Israel. Al Jazeera correspondents have annoyed the US too whose warplanes have bombed its offices in strife-torn Iraq and Afghanistan, erroneously, we are told.

The Modi government briefly suspended its uplinking over charges that the channel showed “the wrong map” of Kashmir. Twitter suspended its account briefly. If shutting down channels is the route to consider, which should never happen, then Fox News in America and many channels in India have to be taken down first for inciting violence and fomenting hatred. And Marine Le Pen should never frighten any democrat since a general will always be around to upend her victory! Such a course should neither be an acceptable option nor is it a politically valid remedy.

Given the circumstances, the Qatar Airways itinerary helped me partake of a diplomatically fraught flight plan that willy-nilly included Iran. Above all, it involved a careening approach on the descent and a gentle landing through a narrow air corridor that David Beckham would be proud of. Qatar’s former Gulf allies have mindlessly shut their air spaces to the harmless peninsula.

The bizarre move reminds us of a South Asian row some 16 years ago when India had closed its air corridor to Pakistani planes in response to a terror attack on the British-built Parliament House in late December 2001. It then — tactlessly, in my view — offered a concession to president Musharraf. He could fly to a Saarc summit in Kathmandu through the Indian air space, which would stay off limits to Pakistani commercial flights.

Musharraf ignored the joke and opted to take the passage to Nepal via China, just what the Vajpayee government in Delhi had not anticipated. The joint boycott of Qatar by Saudi Arabia, Bahrain, the UAE, Egypt and, laughably, Yemen, produced a similarly Houdini-like response from the rulers of Qatar. Doha moved even closer to Iran, a shift that should leave its sullen former allies regretting their folly.

On the Delhi-Doha sector, the plane hugged the Pakistani coastline all the way to Bandar Abbas before sharply turning south towards the Qatari peninsula. The onward flight to Chicago cleared any lingering political doubts. The plane’s monitors as it cruised over Iran, showed up names of cities and places that would not exactly bring comfort to Qatar’s detractors. Flying northwards towards the Caspian, flanked by the fabled cities of Isfahan, Qom, Tehran and Tabriz, the US-bound pilots of the besieged airline would have much to thank the clerics of Iran for. And that would be just the opposite of what the Saudi-led measures had desired.

As a political observer, it should ideally be one’s preferred choice to remain non-judgemental in a stand-off between Qatar and its former Gulf allies. Both sides have colluded to destroy not one but three secular Arab states, namely Iraq, Libya and Syria. As such they bear a great responsibility for the menacing cult of car bombs and suicide belts adopted as a badge of honour by Muslim terrorists. If the Saudi-led coalition, partnered occasionally by Turkey and others and blessed in no subtle terms by Israel, was fighting for democracy to supplant the destroyed Arab states, they might begin by ushering secular and representative governments in their own countries, which they probably won’t.

My detour on the private journey would not be rewarded without the joy of meeting the heart-warming men and women from different South Asian countries. The Pakistani chief stewardess, the Sri Lankan and Indian pursers and their humming of Surangini, a love song in Sinhala, became the right antidote to the inevitable jet lag that followed the detour.