Another interesting phenomena that started delineating itself concurrently was the separation of religious temporal authority from that of the state. 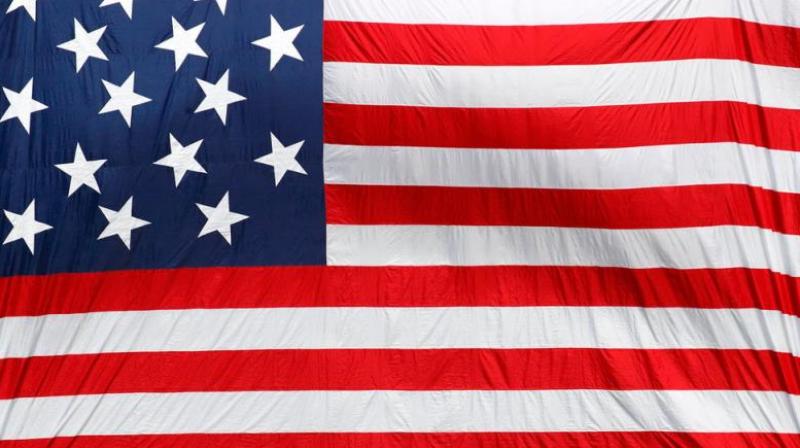 The US also started turning inwards post its involvement in Afghan and Iraq wars that devastated its economy, leading to huge deficits.

The wave of current debates on de-globalisation lack both context and perspective. To appreciate the contours and frameworks of de-globalisation it is imperative to travel a long way back in time to explore how globalisation really came about.

Globalisation is not really a cultural or even an economic phenomenon. It is a far more complex human occurrence that commenced 60,000 years back when 150 people, the average size of a hunter-gatherer community, walked out of a rift valley in eastern Africa and started spreading all over the world. In 1983, a very interesting experiment was carried out on the DNA structures of people living in five distinct geographies. The experiment came up with stunning revelations. It revealed that all those people who were DNA tested in those five distinct regions of the world traced their ancestry back to a common African mother.

From this bold initiative of the hunter-gatherer’s onwards, traders, preachers, conquerors and explorers of every shade and hue shaped the process of globalisation as it evolved over the millennia. History bears testimony to the rise and fall of great empires. Tectonic conquests took place for territory and treasure.

It was only in 1648, with the Peace of Westphalia, that the conception of a modern nation-state started evolving. The Treaty of Westphalia, that ended a 30-year war, crystalised the conception of sovereignty by trying to eliminate uncontested spaces from the geo-political dynamic of how Europe was divided between antagonistic empires, assertive nations and aggressive principalities. In terms of modern political evolution, the next two-and-a-half centuries from the Peace of Westphalia onwards till the beginning of World War I in 1914 was possibly the most exciting epoch in modern European history as the concept of sovereignty started occupying centrestage in both the notion of nations about themselves and their interactions with other nation states. The Congress of Vienna in 1815 also punctuated this period by further consolidating the Westphalian Principles, especially the idea of balance of power.

However, as boundaries started getting more and more rigidly defined in Europe, the search for an empire outside actually took off in right earnest. It kicked off the age of colonialism when the British, French, Spanish, Germans and everybody else who could get onto a ship from Europe and sail to some part of the world would try and colonise it, making it their own territory.

Another interesting phenomena that started delineating itself concurrently was the separation of religious temporal authority from that of the state. The division between the church and the state laid the foundations of modern constitutionalism, as we know it today. Thus a process that kicked off in antiquity led to the eventual evolution of a global order that has certain standard templates that are common to all democratic and liberal systems of governance.

The first roll back of the idea of globalisation or what can be called de-globalisation actually took place at the end of World War I. From 1918-1939, in the inter-war period between World War I and World War II, the world witnessed a rise of nationalism in Europe. The concurrent rise of fascism in Italy, Nazism in Germany, the withdrawal of Great Britain from the affairs of the European continent and the collapse of the League of Nations eventually led to World War II and its resultant devastation.

When the leaders of the world got together after the devastation of World War II, all nations around the world realised that without the architecture of globalisation, you could not have global peace and stability. This led to the birth to the United Nations in 1945. The reconstruction of Europe and Japan took place along with the emergence of European common markets. One of the fundamental impulses that led to the creation of a common market in Europe was joint and shared control over the production of steel, which was considered to be the primary commodity of a war machine.

The end of World War II also produced another interesting paradox. It ideologically divided the world between the Eastern and the Western blocs.

While in the liberal Western bloc globalisation of capital flows took place, in the erstwhile Eastern bloc the command economy model was institutionalised. However, the one thing that did not happen was the globalisation of labour flows.

That created a conundrum if not a contradiction that while the barriers to the movement of capital came down, the barriers to movement of labour correspondingly kept going up and up. The two decades from 1989 onwards, when the Berlin wall came down up till 2008 when the great economic meltdown took place, can possibly be characterised as the golden period of globalisation.

It is only after the great economic meltdown of 2008 that the world faced its greatest economic crises since the Great Depression of the late 1920s and early 1930s —which had underpinned or anchored the entire sweep of globalisation between 1945 and 2008, including the evolution of institutions like the World Trade Organisation, started becoming insular. The US also started turning inwards post its involvement in Afghan and Iraq wars that devastated its economy, leading to huge deficits.

There is another dimension of globalisation, and that is the rise of China. In the late 60s and early 70s, American strategic thinkers thought that they should prop up China as a counter to the Soviet Union in the Communist world order. What essentially was a political project to begin with after the death of Chairperson Mao in 1976, evolved into an economic project. The West benefited immensely from China’s cheap labour and the land it provided to Western conglomerates to set up industries without asking too many questions. This resulted in manufacturing shifting from the US and Western Europe to China. In a short span of three decades, this arrangement impelled China into the global orbit, making it one of the pivots of the multi-polar world order. Thus, in more ways than one, it is the interaction between people, empires, nations, systems and institutions, the global interplay of thoughts and ideas, that has created the world we inhabit.