The selection of the Indian Army’s Chief of Staff is undoubtedly the exclusive prerogative of the government of the day. 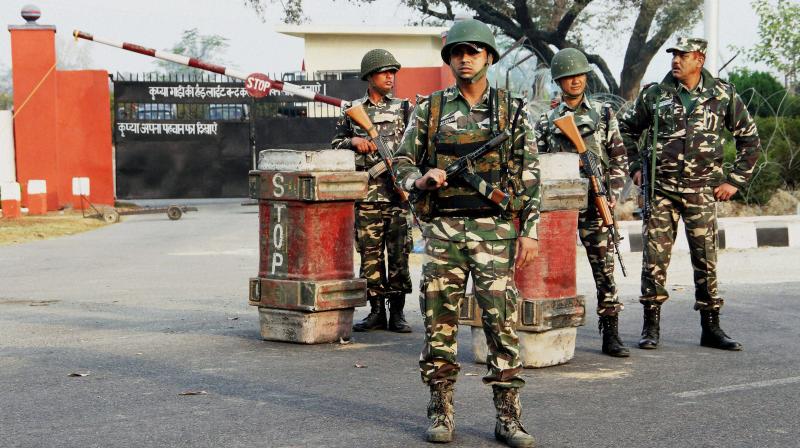 The announcement of the promotion of the Army’s vice-chief as the next Chief of Army Staff with effect from December 31, superseding two Army commanders senior to him, has set a precedent that appears troubling to many in the veterans’ community. Well-wishers of the fauj are asking: Could such contretemps be avoided? The answer is yes, if the well-established, guiding principle of seniority-cum-merit was maintained, and the seniormost eligible candidate (an Army commander from the Armoured Corps) had been promoted.

This time, the three seniormost eligible generals for being elevated to Army Chief on the present chief’s retirement on December 31 comprise two Army commanders and the Army’s vice-chief of staff. The first two are from the Armoured Corps and Mechanised Infantry, and the vice-chief is from the more ubiquitous standard infantry.

All three are vastly experienced officers and of proven competence — the seniormost amongst them being from the Armoured Corps, the next from Mechanised Infantry, and the vice-chief from an illustrious regiment of the traditional “foot” infantry. All three are quite capable of handling any type of operational or other contingency that could arise in the context of the ongoing conflict with Pakistan.

The announcement of the impending promotion of the vice-chief has generated additional smoke and dust and created further hullabaloo. Add to this are comments that are attributed to “unnamed spokespersons” in the defence ministry who are supporting the government’s decision. They have added their own share by awarding “unasked for” certificates of merit to the Army’s vice-chief, who is a thoroughly competent professional in his own right, and fully capable of standing on his own feet without the help of unsolicited testimonials from any quarter.

However, the supersession did spread ripples of heartburn, resentment and general uneasiness amongst the officer class. This is always undesirable in the interest of the organisation, and more so at the seniormost levels of the military hierarchy. Has the regional scenario of rapidly churning politico-military turbulence now been further aggravated by added civic turbulence of demonetisation stampedes throughout the country? All in all, this is not the right time to have added to the overall organisational stress, by supersession of the seniormost Army commander, considered to be first in line for the coveted honour of being promoted to Chief of Army Staff.

For officers of the Indian Army, personal and professional integrity and competence are paramount. Their operational experience has been hard earned. Thus, over a period, those who do make it to the upper hierarchy of the Army, regardless of the parent arm or service, have a memory bank of wide and varied knowledge that enables them to handle a range of contingencies and problems.

The apocryphal story of Napoleon’s mule emphasises that though seniority is important, the seniority factor seen in isolation is inadequate for any balanced consideration of candidates. Also, information other than documentary is generally subjective, derived mainly from the personal opinions of a designated assessing officer. There have been endless discussions on long-standing contradictions between the concept of “promotion by seniority” vis a vis “promotion by merit” but these have never been resolved satisfactorily.

The Indian Army, to its credit, has extensively explored multifarious options of career planning and the outcome has been a hybridised guiding principle of “merit-cum-seniority” in military progression, based on an extensive system of annual assessment. However, the philosophical contradictions remain — because while “seniority” can be mathematically quantified, “merit” has to be a judgment call, and therefore thus essentially subjective and open to extraneous influences.

Any system of promotion opting for such a merit-based system, including the concept of “deep selection” as is mooted by some, is more vulnerable to extraneous influences, specially in the pervading political and ethical environment.

The selection of the Indian Army’s Chief of Staff is undoubtedly the exclusive prerogative of the government of the day. But the government, in turn, also needs to remember that the office of Chief of Army Staff is an iconic institution and it must conduct the selection process with fairness and izzat to all possible contenders, and without trying to exert political influence or pressure to influence it. Public pronouncements during the process by top Cabinet ministers or other “unnamed spokespersons” don’t really help, but only vitiate the environment further.

The government’s decision to supersede a very senior officer can’t be “rolled back”. The option of appealing to the court remains unedifying to the old-fashioned. The Indian Army officer would like to be seen as a gentleman, another old-fashioned concept. But does the government leave him with any options?