Boris Johnson, who was unbeatable and riding high four weeks ago, cannot do anything right any more 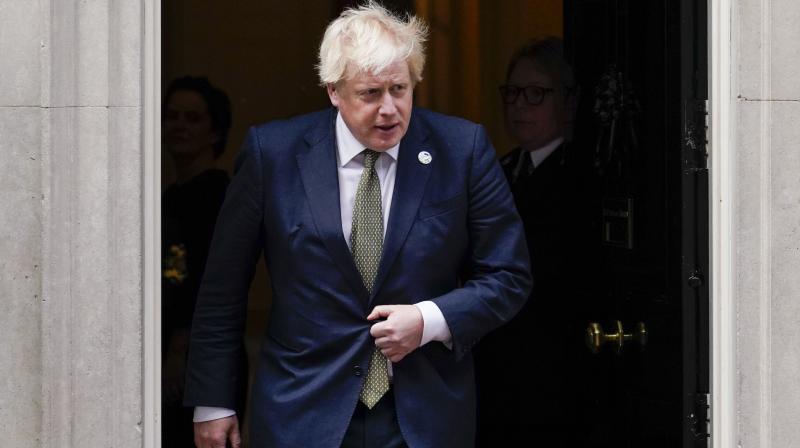 Boris Johnson not only failed to be consistent — protecting the wrongdoer one day and abandoning him the next, he then donned ashes and sackcloth and became an enthusiast for banning second jobs for MPs. (AP)

No doubt about it, winter is here. The weather forecast on BBC promises temperature in single digits in the coming week. The one piece of good news is that while Covid might be rearing its head in Europe — the UK seems quite secure: in fact it might be a lockdown-free Christmas! Who could have predicted this a year ago when all of us were living on the edge— unable to connect with our families?

But the really cold atmosphere is in politics where a frost has settled over the political climate. Boris Johnson, who was unbeatable and riding high four weeks ago, cannot do anything right any more. His U-turn on the “sleaze” issue of his MPs has really hit him hard. He not only failed to be consistent — protecting the wrongdoer one day and abandoning him the next, he then donned ashes and sackcloth and became an enthusiast for banning second jobs for MPs. Even worse, he admitted (for the first time in his life as anyone can recall) that he made a mistake.

His troops in Parliament did not like that all. Especially the 109 MPs elected in 2019 from the previously safe Labour seats — the Red Wall in the North of England. They have to be re-elected and Boris has to play the winner. So when he met the backbenchers, he tried to play for laughs, a good way to break the ice when you know you are unpopular. He said he had “driven the golf ball into the sandpit”. No one laughed. He tried again. “I crashed the car into the ditch.” Again, no laughs.

There is trouble ahead. Prices are rising and it is going to be a costly Christmas. Even Black Friday, later this week, looks dodgy as there is a shortage of lorries to supply the shops. Whatever the cause, the Great British Public will blame the government.

The only person still retaining popularity is the Queen, but the more we want of her — the less we seem to see her — as she is having a rare episode of bad health. She had to cancel her appearance on Remembrance Day Sunday. To commemorate the Armistice during the First World War — eleventh day of the eleventh month at eleven o’clock, the monarch usually lays a wreath on the Cenotaph in Whitehall. Nowadays she watches from the balcony of the Foreign Office while Prince Charles lays the wreath. But this year she could not even manage that. She is 95 and this was the first such event she had missed in 70 years.

The Empire never goes away from headlines. On Remembrance Day, the Imperial War Museum had a group of school children who came up with a rap song celebrating the soldiers from the (non-white) Empire and upset many people who had paid a donation to attend. Some were so annoyed hearing the voices which criticised Churchill (blaming him for the Bengal famine) that they asked for their money back!

So everyone is up in arms about the Empire and what it really stood for — (depending on which part of the world you come from) and the divisions continue, even after the person is long dead and gone …for example there is Robert Clive (of Plassey fame) whose statue in his home town in Shropshire has become controversial. Clive had become the Earl of Powis. His descendant, the eighth Earl, has expressed his doubts as to whether the statue ought to be there. It may be ultimately kept but with a plaque criticising his behaviour. It is called “re-writing” a wrong.

But by the way, Powis Castle is now on my to-be-visited list! If only to get more infuriated about the treasures looted from India — as it is here that you can see Siraj-ud-Daulah’s palanquin, and the grand tent of Tipu Sultan — apart from other rare historical pieces all looted from India by Clive and son. All shipped away to a country where they would lose their context, or like Tipu’s tent be used for garden parties at Powis Castle.

Could some of these rarities could be brought back? …if not the Kohinoor, then why can’t we try to get back the gems and jewels from Siraj-ud-Daulah’s coffers? Or perhaps the precious items that belonged to Tipu.

Not all statues are despised because of colonialism… The famous author Virginia Woolf lived and worked in the London suburb of Richmond. A move to install a sculpture of Virginia Woolf sitting on a bench looking at the River Thames is now being halted for a rethink. She committed suicide when she was 58. People say others may be driven to suicide “inspired” by her statue. Whatever next?