What some of us think are strong, bold and firm decisions are cruel, harsh and unwanted for others 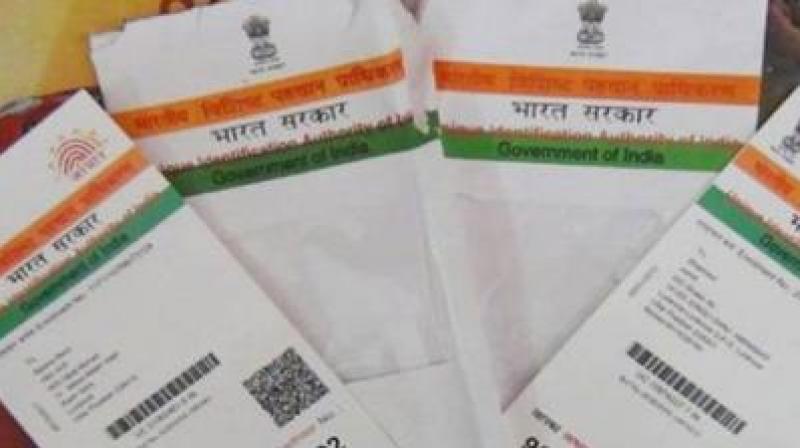 The compulsory use of Aadhaar to access subsidised grain has meant that many of the poor cannot get their entitlement because connectivity is bad or their fingerprints have been eroded from labour and differ from the record. Representational Image. (PTI)

Two sets of people reacted strongly to the announcement that the farm laws are being repealed. The farmers who were on protest, mostly from Punjab, Haryana and Uttar Pradesh, celebrated. Their resistance has won them a famous civil rights victory.

The second set were people angered by the decision, and they were those in the middle class and the media, who are not farmers. They are the Prime Minister’s supporters, and for them this was a move that was unacceptable because it represented a retreat.

This second set of people had nothing to do with farming and the laws did not touch them directly. They, and people like them, use the word “reform” without necessarily understanding what the word means. The word is positively charged, meaning that when we use it we are trying to communicate something that is good. This is similar to another word of more modern currency, and that is “disruption”, which is also seen as a good thing.

The dictionary tells us that reform means “to make changes in something in order to improve it”. In this instance the laws were going to negatively affect, according to the protesting farmers, their systems of procurement and their agricultural produce markets. Were they right or were they wrong? Was it a good reform or a bad one? How is it possible for those who have never dealt with an APMC or met an ardhtiya and cannot tell the difference between bajra and jowar to know? And yet we have non-farmers weighing in firmly in favour of the reforms.

Even those who are not directly associated with the subject that the reforms touch must consider another thing. That in India and especially in the last eight years, reforms and bold moves have been accompanied by a lack of planning. On November 8, 2016, the Cabinet was summoned to discuss something important. But ministers were all told to leave their mobile phones behind when they came. After the meeting, the Prime Minister told Indians that their Rs 1,000 and Rs 500 notes were not valid tender.

Because the Cabinet ministers did not know that this decision was coming, their ministries did not know it was coming. No time had been given by their departments to considering the fallout, risks, problems and solutions. All these had to be done after the announcement was made and after the notes had been demonetised. Most of us are familiar with what happened after that.

On the night of 24 March last year, Indians were told that for the next three weeks they would be confined to house arrest. Many were locked in with no food and no money and no work. In March this year, the BBC filed 240 RTIs (right to information requests) with the government. They wanted to find out which ministries had been consulted before the national lockdown was announced that night. They found out that no ministry and no expert had been consulted before the decision was taken and executed. Again, we have experienced what the fallout was. In Sri Lanka, days before the lockdown, the government told construction sites to wind down their work, put in place the mechanism to distribute food through the neighbourhoods and only then enforced the lockdown. In India, none of this happened. It was a snap of the fingers.

Deliberate and sudden changes in the way things happen are called a disruption. The dictionary defines this word as “the action of preventing something, especially a system, process, or event, from continuing as usual or as expected”. While the middle class and the media uses this word as a positive one, it must be considered whose lives are being disrupted and what the disruption means for them.

The compulsory use of Aadhaar to access subsidised grain has meant that many of the poor cannot get their entitlement because connectivity is bad or their fingerprints have been eroded from labour and differ from the record. For the media the use of Aadhaar to ensure that benefits only reached those who qualified was a masterstroke (and in fact both the UPA and the NDA pushed for this linkage). But for those who actually must go through this process we call reform, the problems created are real and damaging.

For me and people like me, demonetisation was not much of a problem because there was access to money through online and card payments. It was not even a disruption for us in that sense. But it brought to a halt that part of the economy that dealt mostly with cash. Some of us may cheer the reform but others did see it positively.

What some of us think are strong, bold and firm decisions are cruel, harsh and unwanted for others.

This is what we need to consider when we look at what has happened with the farm laws. They are being repealed because those who understood what the laws meant to their lives and their livelihoods and their families stood firm for a year and said no.