Beatles’ 1968 White Album is in tune with today’s world

“Revolution 9” would almost certainly have been discarded had producer George Martin’s favoured option of a single disc not been overruled. 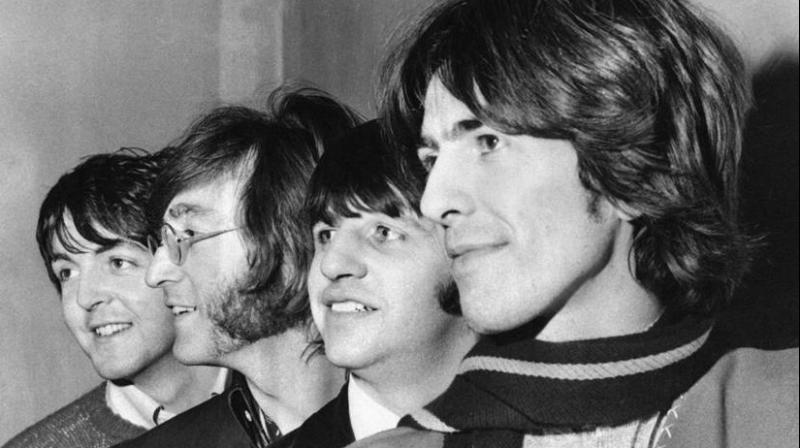 How do you capture the sound of a revolution on an album track? That may not have been an entirely novel question even in 1968, but John Lennon was effectively starting from scratch during the marathon sessions that summer for the Beatles’ longest, and arguably most fascinating, long-player.

One of his answers stands out as the oddest track in the band’s oeuvre: a suitably discordant collage of voices and noises that stretches to more than eight minutes, leaving just enough room on the Beatles’ first and only double album for a concluding lullaby.

“Revolution 9” would almost certainly have been discarded had producer George Martin’s favoured option of a single disc not been overruled. Martin communicated particularly well with the band’s manager, Brian Epstein. But Epstein had fatally overdosed the previous year. He was found dead just as the Liverpudlian lads he had so lovingly nurtured were latching on to a new guru, Maharishi Mahesh Yogi.

In March that year, Mick Jagger watched from the sidelines as a protest against the Vietnam War in London’s Grosvenor Square turned into a riot, and the Rolling Stones subsequently recorded Street Fighting Man. It was released as a single in August, the very month that Lennon’s “Revolution” appeared as the B side of Hey Jude. Back in the day, the new left embraced Jagger’s take on current affairs while dismissing Lennon’s effort as a petit-bourgeois, reactionary response to the tumult.

In retrospect, though, it could easily be argued that the thoughtful questions Lennon poses made his song more pertinent in the long run. “We all want to change the world,” he declares, but “we’d all love to see the plan”. Lennon was intrigued by the new revolutionaries but deeply ambivalent about pledging his allegiance to those who went around “carrying pictures of Chairman Mao”. He later veered sharply to the left before retreating somewhat during the mid-1970s.

The White Album earned that sobriquet because it was issued, 50 years ago this week, with a blank cover, in stark contrast to the band’s previous LP, Sgt Pepper’s Lonely Hearts Club Band. It also differed substantially from Sgt Pepper by largely eschewing studio gimmickry in favour of more organic performances. This approach may, like many of the lyrics, have been influenced by the band’s sojourn in Rishikesh — where Ringo Starr lasted two weeks (the food didn’t suit him, and his supply of Heinz baked beans was running out), Paul McCartney a month, while Lennon and George Harrison stayed until the end of the initial course, but chose to leave before it moved on to Kashmir.

When the Maharishi wanted to know why the latter two were leaving, Lennon — disillusioned by then, not least by rumours that the holy man was getting sleazy with a female Western acolyte — quipped that if the guru was as “cosmic” as he claimed to be, he shouldn’t have to ask. On the taxi back to New Delhi he composed an acerbic ode to the Maharishi.

Most of the other songs on the White Album were composed at Rishikesh, several of them deploying the folk finger-picking style the three guitar-playing Beatles had picked up from fellow pilgrim Donovan Leitch. They ended up with too many songs for a single LP. The acoustic demos from Harrison’s home studio are among the highlights of the 50th-anniversary edition released earlier this month, but the clarity of the re-mastered original album, handled by the late George Martin’s son Giles, is also a revelation. The remaining outtakes and early versions will no doubt fascinate aficionados (as in the case of the elaborate recent re-releases of Lennon’s Imagine and Bob Dylan’s Blood on the Tracks, both stupendous albums, although inevitably overpriced in their “deluxe” incarnations.

On the White Album, the dozen or so Lennon-led tracks (notably Julia and I’m So Tired) stand out, but McCartney (whose Blackbird is an obliquely tender paean to the American civil rights movement) and Harrison (who famously invited Eric Clapton to play on While My Guitar Gently Weeps) are also in their element. McCartney’s Back in the USSR was absurdly derided by the John Birch Society as an endorsement of Soviet communism but, more disturbingly, his proto-heavy-metal Helter Skelter was absurdly cited by the psychopathic American cult leader Charles Manson as a provocation to mass murder.

The White Album captures as well the beginnings of the band’s disintegration. Yet, half a century on, it not only reflects the zeitgeist of its incredible epoch but also chimes in some ways with present times.