Of history, mythology and a court case

The problem really is the free rein given to violence and the state’s complicity in terrorising people with a different view. 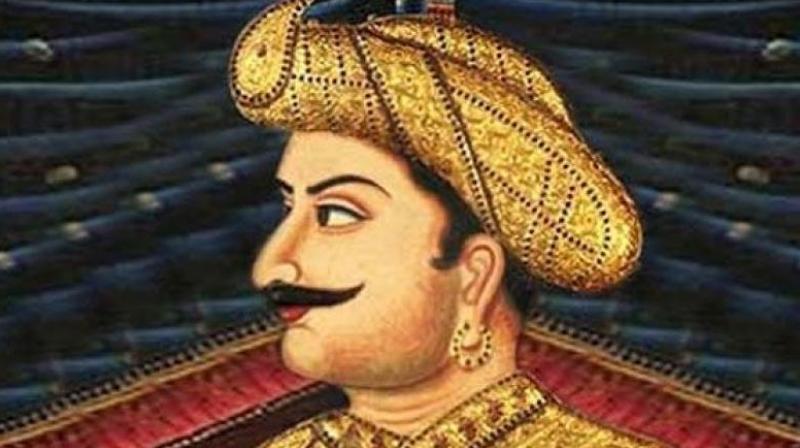 IT is an exaggeration and possibly untrue that Hindu revivalists have a poor knowledge of history. Would you call the author of a scholarly book on Nehru ignorant of history even if the scribe now supports Hindu revivalism? Another pro-Hindutva intellectual is Bibek Debroy. He endorsed Wendy Doniger’s scholarly history of Hinduism, if only to observe mutely when his ideological soul mates got the book pulped.

Distorting history does not presuppose ignorance of it. Most people anywhere are not conversant with all the facts of their past and they are sanguine in their knowledge or lack of it. The liberal rush to rationally explain as imaginary, which it is, the story of Princess Padmavati is to bark up the wrong tree. The problem really is the free rein given to violence and the state’s complicity in terrorising people with a different view.

It is not about what Padmini or Allauddin Khilji did or did not do with each other. A better awareness of history will not save Deepika Padukone from harm. She will have to find a surer way of staying safe. Gauri Lankesh and her other rationalist comrades were on solid ground intellectually. But look what happened.

Girish Karnad has written incisively to celebrate Tipu Sultan but he must find help against death threats by tweaking the existing politics, and in popular resistance. Correcting hateful propaganda against Tipu Sultan with an excellently footnoted counter-narrative about the reviled ruler of Mysore is a great idea for future students. But academic genius alone cannot ensure a safe future.

We have already wasted far too much time on trying to prove that Lord Ram though highly revered as a deity is essentially a part of Indian mythology, not history.

The Manmohan Singh government filed an affidavit in the Supreme Court to that effect. And then what happened? The Allahabad high court in its wisdom assigned part of the disputed land in Ayodhya to “Ram Lalla” or a representative. What does the decision imply?

Previously, the question was whether a mosque was built on the site of a temple and our archaeological experts have the means to explore that bit of truth with a degree of accuracy. As for any merit in the claim that Ram was born at the very spot where the mosque was built by a Muslim noble, the judges had hitherto rightly refrained, as they would in any secular court, from dealing with the “non-justiciable matter of faith”. Now, among other related matters before the Supreme Court, the bench will hear of someone who faith had made the lord of the world but was now being turned into a petitioner with two others in a land dispute.

History was not Najman Bua’s forte though much of her life she lived in the past. She filled our tiny brains with stories of witches and fairies but, more importantly, taught us to carry our religious identity lightly. Shanney, my elder brother, still revels in her rustic explanation of thunderclaps. It was the angels smoking hookahs, she would claim, peering for our reaction from behind her round Gandhian spectacles. We were no Galileos to question her improvised reconstruction of things, nature or creation. It took the Pope 400 years to apologise to Galileo for correcting the divine claim that the sun revolved around the earth.

There was no questioning Najman Bua though, who lies peacefully buried in her village in Rudauli, sandwiched between Lord Ram’s Ayodhya and the once urbane city of Lucknow. “She knew that witches had their toes facing back and they spoke with a nasal twang in chaste Awadhi.

She also knew the Sufi stories of Mulla Daud’s heroine Chanda and Malik Mohammed Jayasi’s Padmini. Najman, however, preferred to blend these tales with local narratives of love and tragedy into her own never-ending serialised storytelling of Prem Rani.

Najman Bua knew that Gandhiji had a stick he would beat the laat saab with, possible corruption of “lordship”, often a reference to the British viceroy. Our loyalty to her artful storytelling remains at par with the assiduous Pakistanis who would sit glued to their TV sets in Lahore on Sundays when Doordarshan broadcast the Ramayan and Mahabharat serials in the 1980s.

There was much to celebrate and choose from the haunting stories of kings and conquests, of magical arrows and flying humans, of talismans and boons. Years before the TV era arrived we relished similar stories in movie halls, not just Homi Wadia’s Parsi theatre-influenced Sampoorna Ramayan, but also Hollywood productions of Homeric and Christian tales, and of countless Roman and Greek legends. Exploits of Jason, Samson and Hercules were subjects of rarefied discussion during school intervals. Early patriotism was on evidence there too. Indian wrestler Dara Singh was stronger than Hercules one of the boys claimed knowledgably. The nationalist contest mutated into an India-Pakistan jostle when cousins from Karachi would arrive with superior claims about Gama and Bholu pahelwans.

Superman and Batman were robotic defenders of the American Dream, upstarts before the established prowess of levitating djinns and the centuries-old lore of Hanuman.

Najman Bua never prayed nor did she keep a fast in her 95 years. For all her lack of a religious code, God never forbade Najman from humming her Awadhi tunes to Ram and Sita — Ram the beloved god, as distinct from Ram the petitioner in an Indian court. History can gasp at the turn of events.