Ranjona Banerji | Clubbing, cliquing and the fear of belonging

Like if a lot of people play golf, does that mean they are like-minded or that they understand a swing and a put and a birdie par par? 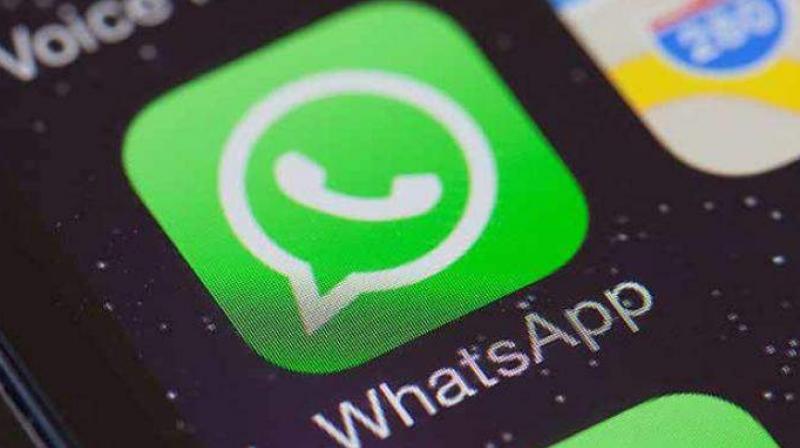 WhatsApp groups are a bit like that, as everyone who has been put on some group knows. (Representational image: PTI)

It still irks, even though I really don’t care, that I got chucked out of a club. It was the only one I’ve ever belonged to. I resisted joining it for years. And then I did. And it was fun — a cheap place for a drink, to meet fellow hacks and eat strange things like whole Bengal gram soused in soya sauce. Don’t ask. It’s a thing.

I couldn’t pay a bill in time, they didn’t buy my explanation that I was out of the country, OTPs, banks and so on. And that’s it. Out. Cancelled.

O’ no. Shouldn’t use that word.

What is it about clubs?

You hear a lot about “like-minded people”.

But is there any such thing?

Like if a lot of people play golf, does that mean they are like-minded or that they understand a swing and a put and a birdie par par?

The fun of these “like-minded” communities, with so-called “common” backgrounds, interests and such is that they are actually a collection of little cliques which act against or around each other, within the massive umbrella.

I find it fascinating that in many of the police “procedurals” that I am addicted to, a common source of corruption in the upper reaches of the police force stems from the Masonic Lodge. All senior officers are part of a lodge and therefore connected to important and rich people in the community. Some junior investigating officers want to be part of the lodge. Others are full of contempt.

The Lodge itself is mysterious and weird in its archaic customs and costumes.

We tried to quiz our father about his membership and what happened. He just laughed uproariously and told us that if we read his books — the three females in his family — our tongues would be ripped out by some hand from heaven or some such.

The whole Da Vinci Code series also raised all kinds of fun questions about freemasons and cliques and groups.

WhatsApp groups are a bit like that, as everyone who has been put on some group knows. Let’s say an innocent rock music group. Then someone announces that the Rolling Stones are the greatest. The Deadheads get crazy. And World War III. But luckily with lots of music bring thrown back and forth rather than weapons of mass destruction.

Someone I know joined an office group. One of his friends decided he wanted a group within a group. Instead of inviting only his chosen few, he sent the invitation to everyone. Half the people in Group 1 responded positively. So he had to form a group for them, with the other half fulminating about Group 2. He then formed Group 3 for the people he had actually wanted to invite to Group 2.

Invariably, messages meant for Group 3 were posted in Groups 1 and 2, by mistake, with the expected consequences.

One of the reasons I stopped working is because I was tired of the clubbiness. The inner communities. The cliques and counter-cliques. My propensity for gossip got me and a couple of other friends and colleagues into a “Gutter Convention”. Now that was fun. Someone else pushed us into this “club” and it was just rumours and wickedness.

The rest was just annoying.

I know, I know, this is where I’m supposed to get all philosophical about communing with nature and watching flowers dance and birds flock together. Largely that’s about procreation and food. Not sure about cliques so much as pecking orders.

(As an aside, in my neck of the woods, sadly pigeons chase away all other wild birds.)

Some kind people asked me to attend a like-minded group. But great as the intent was, saving the world, a worthy task indeed, the fear of belonging crept in. The fear of cliques. Of listening to other people. Of paying attention. Of vaunted values like worthiness and ethics. Like my worst nightmare. That’s the other reason I stopped working. Now I don’t have to listen to people I don’t want to listen to. I don’t have to “be present” when I don’t want to. I’m not part of this or that “community”. You don’t pay me a salary so I owe you nothing.

I have my own voluntary work, thank you very much. Can you see that halo shining?

Aha, you might come up with all kinds of psychological explanations now. About introverts and extroverts. And social disaffection.

Sadly, I’m quite a gregarious person, so long diatribes about loneliness don’t affect or describe me.

It’s this enforced camaraderie that does.

The do-gooders club, the school club, the rock club, the building society club (maximum weeps), the book clubs I promise to join and never go anywhere near…

It still doesn’t explain why getting chucked out of the hack club still bothers me. I don’t even live in that city any more. I haven’t been there in a few years. I could easily visit it if I wanted to because many friends are members.

Aah well. There must be some psychological explanation for wanting what you don’t want. Or more likely, the Germans have a word for it.

Meanwhile, I take solace in this Groucho Marx quote: I refuse to belong to any club that would have me as a member.

It describes me perfectly, except when it doesn’t.