Non-sequitur from PMO; AAP too plays the caste card

Consequently, she has been a regular visitor to art events in the capital, making it a point to spend quality time studying the exhibits. 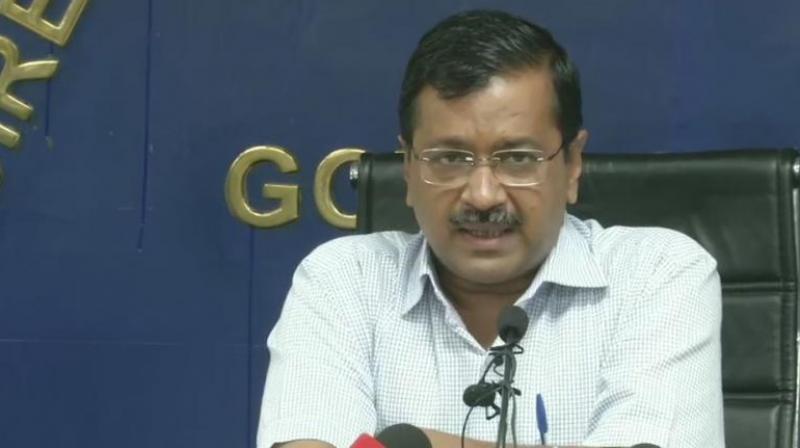 Concerned about the increasing incidents of  “excesses” being committed against media-persons in Uttar Pradesh, former Congress MP Harikesh Bahadur recently dashed off a letter to Prime Minister Narendra Modi and asked him to issue an advisory to the Yogi Adityanath government to ensure the protection of civil liberties and the freedom of press in the state. The Congress leader was not expecting a response and, therefore, he was pleasantly surprised when an official envelope from the Prime Minister’s Office landed at his doorstep a few days later. But imagine his surprise when he read the letter because it was totally unrelated to the issue he had flagged. Instead, the Prime Minister’s one-page missive thanked Mr Bahadur for wishing him and his party well on their emphatic victory in the Lok Sabha election and then went on to point out how the “path-breaking” initiatives taken by his government during the first five years have set off a people’s movement for development. It also gave details of his government’s future agenda of shaping a new India which included achieving the goal of making India a five trillion dollar economy, doubling farmer’s incomes and providing a house for all by 2022. While a confused Mr Bahadur is wondering what to make of this reply, the letter clearly demonstrates that the Prime Minister’s Office is either not as responsive as it claims to be or that it prefers to overlook letters which are outside its comfort zone.

When Arvind Kejriwal founded the Aam Aadmi Party, he promised it would provide a welcome break from the brand of politics practised by the mainstream political parties. But seven years later and after two Assembly election wins, Mr Kejriwal has given up on changing the rules of the game and is happy to follow in the footsteps of other political parties. Taking a leaf from his competitors, Kejriwal has not shied away from playing the caste and religion card. For instance, the Delhi chief minister has openly courted the Bania community, pointing to the fact that he is one of them. When Delhi traders (largely from the Bania community) protested the poor implementation of the Goods and Services Tax, the AAP held special meetings and workshops with them to redress their grievances. Mr Kejriwal is also giving tough competition to Manoj Tiwari, president of the BJP’s Delhi unit who was elevated to this post with the specific purpose of wooing the substantial Bihari and Poorvanchali population in the capital. Mr Kejriwal has moved fast to do the same. The Delhi government has made special arrangements for the Chhat and Vishwakarma pujas and provided generous sums of money to resident groups wanting to organise pujas in their localities.

After she handed over the reins of the party to Rahul Gandhi nearly two years ago, Congress president Sonia Gandhi decided to devote more time to her other interests, including art and crafts. Consequently, she has been a regular visitor to art events in the capital, making it a point to spend quality time studying the exhibits. Now that she has once again been handed over the responsibility of the party, it is not always possible for her to indulge her personal interests. Nevertheless, Ms Gandhi took time out from her hectic schedule last week to visit a special textile exhibition, titled “Pra-Kashi” and put together in memory of textile guru Martand Singh at the National Museum. The collection showcases some stunning textile pieces from the museum’s collection as well as those belonging to private collectors. These include replicas of traditional weaves and motifs in silk, gold, and silver, recreated by Padma Shree award winner Rahul Jain. Sonia Gandhi spent considerable time examining the intricacies of each piece and was happy to be left on her own even though the museum staff did tend to fuss over her.

The Narendra Modi government’s decision to redevelop the Central Vista, build a new Parliament building and pull down some government offices flanking India Gate lawns has come in for criticism from architects, conservationists and town planners who are convinced that this massive reconstruction will destroy the original character of the place. As an example, they point to the newly-constructed Gujarat Bhavan on Akbar Road which stands out like a sore thumb in an area known for its low-key and understated architecture. Urban development minister Hardeep Puri’s statement that the old buildings reflect a “colonial ethos” and that the new ones will be “rooted in Indian culture” has convinced everyone that this is the Modi government’s attempt to wipe out the old and leave its own legacy in the capital. Opposition members maintain the Bharatiya Janata Party is essentially uncomfortable in these old buildings as these were once occupied by Opposition stalwarts like Jawaharlal Nehru. The portraits of old Congress leaders and freedom fighters in Parliament House, they said, is a constant reminder to the BJP that their leaders made no such contribution to the nationalist movement.