Opinion   Columnists  22 Jun 2020  Abhijit Bhattacharyya | China has multi-front strategy and India must stand up to it
Opinion, Columnists

South China Sea, Hong Kong, the Taiwan Strait and now Ladakh… something is brewing in Beijing 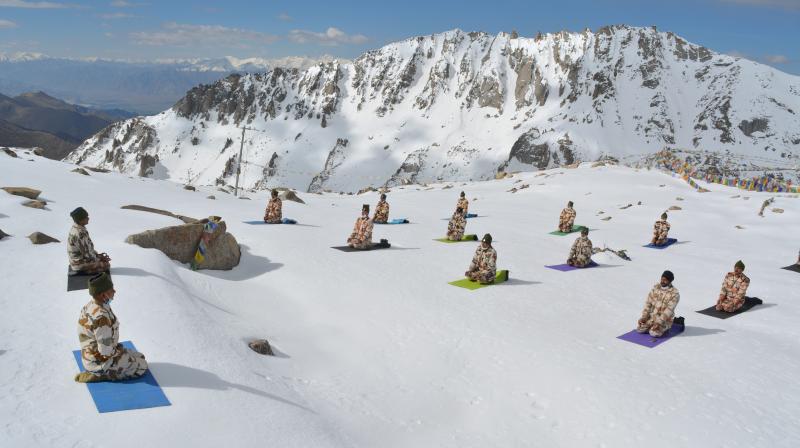 Three battles of Panipat (1526, 1556, 1761) sealed India’s geopolitical map into several centuries’ submission to foreign invaders. China’s second invasion of India in 2020 (1962 being the first) hasn’t done that yet, despite India’s helpless dependence on imports and a massive trade deficit, along with the systematic attacks on its banking, industry and financial sectors by Xi Jinping’s China.

Credible history shows that till 1950, the Han Chinese had never gone near the Himalayan frontier bordering India. From every angle, Chinese history, culture, tradition and geography were far removed from either the southern or northern slopes of the Himalayas or eastern Kashmir. They were strangers to the subcontinent’s life and polity, despite the subsequent attempts by the Chinese Communist propaganda machine to recreate history with claims of the Han empire extending to parts of India and its Himalayan territories.

Things began to change soon after the birth of the People’s Republic in October 1949. A year later, the forcible occupation of Tibet by Chairman Mao’s red brigades was the first shot at the recreation of history. Tibet had always been an independent entity, but the assertive new rulers in Beijing (then Peking) claimed it had always been under Han overlordship.

The naked aggression in Ladakh in May-June 2020, and the subsequent killing of over 20 Indian soldiers, is a continuation of that story, with President Xi trying to further Chairman Mao’s expansionist agenda.

In 1950, the rulers of newly-independent India were either clueless about the history of the wider neighbourhood beyond the subcontinent, or did not have the stomach to confront the Chinese, who were adept at taking full advantage of the political divisions in democratic India. No one in a position of authority in Delhi, not even the Indian ambassador to China, knew Mandarin, and were all too visibly impressed with the “revolutionary” Communist leadership.

Delhi ignored the reality that over several thousand years, only two significant Chinese pilgrims had travelled to the subcontinent -- Fa Hien, who visited in 405-411 AD during the times of Chandra Gupta II (Gupta dynasty), who “was struck with admiration by the famous royal palace and houses for dispensing charity and medicines at Pataliputra” (Patna); and Hiuen Tsang, who met King Harshavardhana (643 AD). But no Chinese ruler ever came near the Ganga or its source at Gangotri. Indians too remained largely clueless about the Hwang Ho.

The credulity and negligence of Indians was shaken only when Tibet was destroyed and many of its people brutally massacred by PLA soldiers. After Tibet, India was in the CPC’s firing line – as one of the major states against which China had large territorial claims (of 140,000 sq km); the other one being Russia (Soviet Union) in the 1950s, when Beijing claimed 800,000 sq km in Russia’s Far East (Siberia).

Russia isn’t out of the woods completely – as its vast swathe of resource-rich land in Siberia, sparsely populated, is still coveted by the land-hungry Chinese Reds. China is comparatively land-deficient but has surplus manpower. No wonder Siberia’s resources and empty spaces are so alluring to a rising power with global numero uno dreams.

Beijing’s newfound claims to territory on land, as in the Galwan Valley and elsewhere, find an echo in its newly discovered sovereign rights to the sea, with all its reefs, islets, volcanoes, islands, fisheries, minerals and unexplored waters. It’s almost reminiscent of Hitler’s demands for “greater living space” for Germany in the 1930s. But by that logic, if the South China Sea is China’s sovereign territory, the English Channel should be part of the Queen’s dominions, Tokyo should assert its exclusive rights over the Sea of Japan and the Indian Ocean should be subject to New Delhi’s jurisdiction. With Nepal’s recent China-inspired territory-acquisition spree another grim reminder to New Delhi, we should consider amending the Constitution of India to declare the Indian Ocean a part of “India, that is Bharat….” As we have seen, altering a country’s Constitution is a convenient way to extend a nation’s territory!

It is becoming increasingly clear that the Chinese have been working on a long-term strategy targeting India for several years, but Indians have not been adept in understanding the Chinese psyche and taking preventive measures for its own interests. Delhi needs to realise that the Ladakh standoff, and now the Nepal “front”, have all the ingredients of a multi-front Chinese plan, going back to Doklam in 2017. When the extent of the current Ladakh intrusion became clear and India demanded the “April 2020 line be restored”, it put us in an awkward position. If, as the reports say, China is 6 km deep inside the Indian side of the Line of Actual Control, any retreat of less than all the 6 km will be a huge gain for Beijing, and a corresponding loss of land for India.

The growing bonhomie between India and the United States, its participation in the “Quadrilateral” with the US, Japan and Australia, the tightening controls over Beijing’s investments and takeover of Indian companies, amid the rising negative reactions internationally to China’s Belt and Road Initiative, had made China determined to teach New Delhi a lesson – that it was an “inferior” state that must be put in its place. How dare an uppity India try to punch above its weight? The primary aim was economic – to secure further concessions for trade, commerce, finance and banking, to pave the way for Huawei, MG and others to make money from the Indian market.

The Chinese, as is their norm, will try to do things in a clandestine manner; behind the lines in a “target” foreign state. With this, they hope to not only gain economically but also to corrode India from within. The more India is penetrated through the “convergence” factor, the more it will impede its security and defence. It is, therefore, vital that India focuses on “divergence” and insists on immediate border talks to clear out the Ladakh intruders, lest the “convergence” result in a permanent “China in India” presence. Like other recent events in India’s neighbourhood, China’s multi-targeting is born out of desperation and nervousness. From the South China Sea, to Hong Kong, to the Taiwan Strait and now Ladakh… something is brewing. India needs to stand its ground, and not kowtow in the face of Chinese bullying and naked sabre-rattling and open up its strategic sectors out of fear of the dragon.