By leaving it as an open-ended term, Mr Modi and his colleagues want to wait and watch which way the global trade winds are blowing 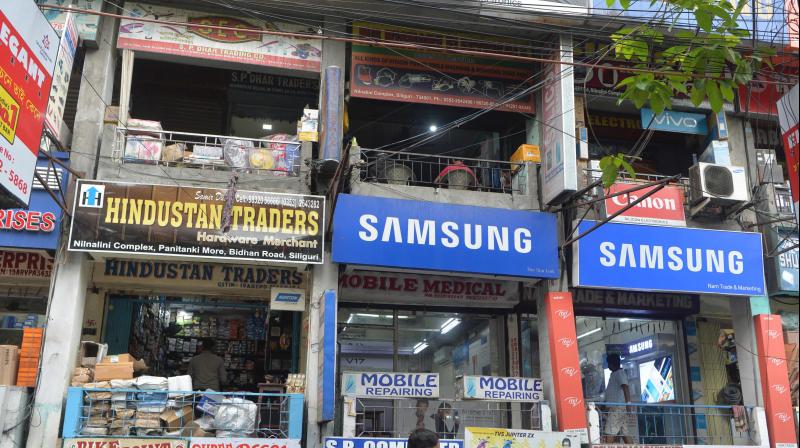 A market complex is seen open after the government eased a nationwide lockdown imposed as a preventive measure against the COVID-19 coronavirus, in Siliguri. PTI Photo

Both finance minister Nirmala Sitharaman and minister of state for finance Anurag Thakur repeated Prime Minister Narendra Modi’s new buzzword, “Atma Nirbhar Bharat”, which can be roughly translated as “self-reliant India”, during the series of press conferences they held from May 13 to May 17, announcing the much vaunted Rs 20-lakh crore financial package for the Covid-19-hit economy.

Mr Modi, the professional politician that he is, knows very well that political phrases get worn out very quickly, and that there is a need for repackaging the message in new words and ways. It is like turning out advertising jingles for the same product so that the message does not turn stale. In his May 12 televised address to the nation, the Prime Minister felt the need to go beyond the pandemic that is now wrecking both the country and the economy. The Prime Minister felt that the government and the party needed a new slogan -- in the political discourse of authoritarian governments there is nothing demeaning about slogans -- to boost the energies of those holding the reins of power. But “Atma Nirbhar Bharat” needed to be defined. It seemed that in the face of looming trends of deglobalisation, India must fall back on itself, on its own wits and resources. Mr Modi’s coinage captured this necessity. Ms Sitharaman took pains to explain in her press conference on May 13 that “Atma Nirbhar Bharat” did not mean that India was turning inward. But she left it at that.
It was clear, however, that the Modi government felt that there was a need to reset the policy compass in the wake of the economic breakdown caused by the Covid-19 pandemic.

By leaving it as an open-ended term, Mr Modi and his colleagues want to wait and watch which way the global trade winds are blowing. There is the intense expectation that many of the multinational corporations, especially the American ones, would move out of China soon, and that India should grab the opportunity and get them to set up their businesses in India. It was not hard to guess that the tacit India-China rivalry, which was more political than economic, was being fanned by the anti-China, pro-America policy wonks in India’s strategic community. There is also an anti-China lobby in the United States which favours India, but that again is based more on ideological tizzy more than anything else.

It did not seem to matter whether businesses shift from China to India. What was more important was to cry from the rooftops that China, which supports India’s arch-rival Pakistan, should be made to eat humble pie. But America’s anti-China lobby is not necessarily anti-Pakistan because of America’s strategic compulsions in Afghanistan. The underlying principle in the expectation of a shift of manufacturing bases from China to India is that foreign platforms in India fulfil the conditions of  “Atma Nirbhar Bharat”. Instead of the local brands becoming global, it would be the global brands that would become local. It is the plan followed by China. No Chinese brands became global. The global brands carried the “Made in China” tag. So, will India emulate the Chinese strategy. The China factor lingers in India’s economic re-orientation. India may not have the satisfaction of taking advantage of China’s Covid-19 discomfiture, but it fires the sentiments anyway.

It is when the finance minister announced in her fourth press conference that the defence, atomic energy and space sectors would be thrown open to private players that the phrase “atma nirbhar” took on a BJP-Jan Sangh turn. In the now dead Nehruvian scheme of things -- the free market ideologues rage against it as though it is still alive -- the phrase would have implied public sector consolidation. But for the BJP, the Indian private sector is part of the “self-reliant India” game, and it wants to keep the presence of the public sector to the minimum. And in true right-wing sense, the private players will not be playing the free market game of maximising profits and conquering new markets worldwide, but they will serve national interests. There is no need to quarrel with this view, though the question that needs to be asked is whether the Indian private players will rise to the occasion and prepare the futuristic technological platforms needed to be in the race in these sectors. And the government has shown no inclination as to whether it would spend more money on research and development for the needed technological breakthroughs, which it then would transfer to the private sector. The right-wing wonks seem to believe that following the example of the United States, the military-industrial complex could boost the Indian economy. But the unstated basic premise of the military-industrial complex is arms exports. So, is the new India aspiring to be an arms exporter? It seems that the BJP government, which seems to take pride in the realpolitik rooted in Chanakya’s Arthashastra, is not averse to playing the guns-but-no-butter game.

There is, of course, a sense of desperation behind the “Atma Nirbhar Bharat” talk. The Prime Minister, the finance minister and the others in the government are struggling to find a way out of the economic slowdown that has been plaguing India for six years and more. The new phrase is a rhetorical device to drive away the economic blues. Everyone in the Modi government and in the right-wing organisations will be chanting the empty mantra of “Atma Nirbhar Bharat” because the mantra will not help overcome the real problems of an economy that has run aground, and needs both energy and strategy to make it stand on its feet. Motivation is important and the Prime Minister’s new slogan could go some way in motivating the people to get the economy going, but that alone is not enough. The lukewarm stockmarket response to the Rs 20-lakh crore financial package is a signal of sorts that whatever the validity of the slogan, there is a need for sharper strategising. As things stand, the Modi government is simply unable to win the confidence of the Indian market, and of the Indian private sector.