The judge asked for restoration of order in the courtroom and the date of hanging was fixed. 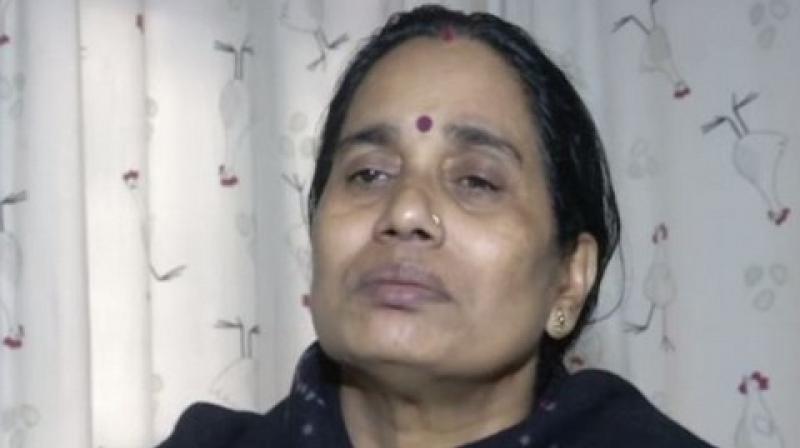 An act of forgiveness cannot be limited to religious terms, as merely a pious act ordained by God. (Photo: ANI)

On January 7, 2020, a Delhi court issued death warrants for the four convicts in the Delhi gang-rape case. During the court hearing, mother of one of the convicts, Mukesh Singh, approached the mother of the deceased victim known to the world as ‘Nirbhaya’, and asked for forgiveness: “Please forgive my son”, she pleaded, “I am begging you for his life.” Asha Devi, in tears, replied: “I had a daughter too. What happened to her — how can I forget it? I have been waiting for justice for seven years...” The judge asked for restoration of order in the courtroom and the date of hanging was fixed.

What do we make of this exchange between the two women? Does the plea for forgiveness have any space in legal process and courtrooms? Does it move the victim’s mother and disrupt her desire for retributive justice? Does law allow her to ever reach forgiveness? Asha Devi responded by saying “how can I forget”, but is forgiveness about forgetting? Is it even about condoning? Anti-apartheid and human rights activist, Desmond Tutu writes in No Future Without Forgiveness: “In forgiving, people are not being asked to forget. On the contrary, it is important to remember, so that we should not let atrocities happen again. Forgiveness does not mean condoning what has been done. It means taking what happened seriously and not minimising it; drawing out the sting of the memory that threatens to poison our entire existence. It involves trying to understand the perpetrators and so have empathy to try to stand in their shoes and appreciate the sort of pressures and influences that might have conditioned them.”

An act of forgiveness cannot be limited to religious terms, as merely a pious act ordained by God. It cannot even be decided and adopted as a social or legal virtue. Instead, forgiveness is something to be arrived at (if at all) through a difficult and demanding psychic journey. This journey involves the victim to retrieve what happened and the range of emotions related to it; it demands the perpetrator’s acknowledgment of his/her own actions as well as the truth of victim’s experience; it also creates conditions for the victim to mourn the lost object as well as the lost part of the self. The process of mourning, little understood and widely pathologised, may allow the victim to see the impossibility of getting even with the perpetrator. This may enable her to recognise the futility of revenge (personal or institutionalised), and perhaps open the path towards forgiving what appeared unforgiveable.

Violence experienced by the victim/survivor is devastating not just on account of the actual injury, but because it destroys the victim’s own sense of being. The self is totally lost as the victim is psychically gripped by the perpetrator resulting in revenge fantasies. Justice in this imagination takes the form of “sadistic delight” in getting back at the other (as is witnessed in the euphoric outbursts at surgical strikes, hangings, mob lynchings, besides the courtroom applause after verdicts confirming death sentences). Forgiveness in this context is an act of liberation from the psychic entrapment of the perpetrator. It is the victim’s assertion of regaining the lost power not by retributive rage but by freeing oneself from anger, vindictiveness and hatred that the perpetrator had set in motion.

Even more radically, forgiveness is an act of interpretation. It is giving meaning to a reality that seemed to have no meaning (and was thus traumatic). This requires building an empathic dyad with the perpetrator and attempting to see what was totally clouded by the pain of the wound. In this regard, South African writer, Sindiwe Magona’s novel Mother to Mother comes to mind. Magona’s narrator, Mandisa (whose son was part of the mob of black youth that killed American Fulbright scholar Amy Elizabeth Biehl in 1993) traces the life history of her son and the realities of apartheid in Guguletu, South Africa, that scarred their lives. It is a mother’s lament as she asks for forgiveness: “My son killed your daughter [...] God, you know my heart. I am not saying my child shouldn’t be punished for his sin. But I am a mother, with a mother’s heart. The cup You have given me is too bitter to swallow. The shame. The hurt of the other. The young woman whose tender life was cut so cruelly short. God, please forgive my son. Forgive him this terrible, terrible sin.”

Mandisa’s rendition is not a plea for pardon for she knows her son ought to be punished. It is rather an attempt to bring in understanding in the psychic place dominated by hatred, rage and retribution; an understanding of the structural violence that turns young, passionate, vulnerable boys into unthinking, ruthless killers. Her narration emerges from the unbearable shame she experiences from the hurt of the other, for what her son did. The shame of being the mother of the one who has mercilessly killed another’s daughter. But Mandisa asks for forgiveness from God, not Amy Biehl’s mother, perhaps knowing fully well that an act of human forgiveness needs the actual culprit to acknowledge the wrong, it requires the victim to mourn, to heal.

Mandisa’s narration seeks to open the space for understanding the person her son had become, a possibility that was denied to Mukesh Singh’s mother. The issue was not that she was asking for forgiving what was unforgiveable, the issue is that her utterance has no place in the legal process. Mukesh Singh’s mother’s plea for forgiveness was an emotional and meaningless utterance in the existing legal imagination. She stood there in the courtroom without a name, without a story, an outsider to the legal process even as she possessed (at least) some parts of the knowledge of how her son became the person whose life does not seem liveable.

The conversation between the mothers was not made possible by the law. Rather, it was made impossible because of the law and existing legal procedures. This is the bane of the state criminal justice system, dominated as it is by ideas of deterrence, incapacitation and retribution The adversarial legal system, driven by the police and lawyers, discourages any communication between offenders and victims, leave alone a dialogue that may make healing, forgiving and reconciliation possible. How would a legal system that allows for such communication look like? Perhaps this would require a new vocabulary of justice, even of peace. It would entail giving voice to those directly affected and encourage face-to-face interactions between the wrongdoers and victims by shifting the focus from retributive punishment to restorative and therapeutic justice. We will have to imagine a legal culture that would allow for multiple stories to surface in order to understand how and why people become criminals. Only then can the con
versation between the two mothers take place meaningfully.