The Congress is currently abuzz with stories about a showdown between party chief Sonia Gandhi and Rahul Gandhi a few weeks ago. 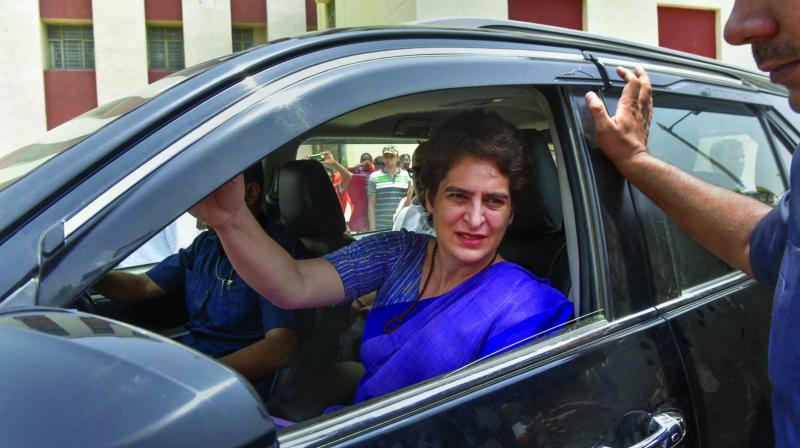 Though the Narendra Modi government was sworn in only five months ago, there is already talk in the corridors of power that the Prime Minister may go in for a Cabinet expansion/reshuffle in the near future. In fact, insiders in the Bharatiya Janata Party say it could even happen before the winter session of Parliament slated to commence in the third week of November. There are many ministers who are holding more than one portfolio and the proposed exercise is meant to lighten their burden. The new inductions will most likely be of a minister of state rank. Sulking allies like the Janata Dal (United) may also be accommodated. Anil Baluni, who heads the BJP’s media department, is being mentioned as a strong contender for a ministerial post. Baluni is learned to have befriended Modi and BJP president Amit Shah when he was attached to Sunder Singh Bhandari during the latter’s tenure as Gujarat governor. Suresh Prabhu was excluded in the first round but the possibility of his induction cannot be ruled out. There is also a strong buzz that Mr Modi could bring in a domain expert in the agriculture or finance sectors as he did by appointing former foreign secretary S. Jaishankar as the external affairs minister. There is no certainty in this regard but several names are being bandied around. The guessing game is on.

It is only a by-election to an Assembly seat but the October 21 poll for the Jhabua constituency in Madhya Pradesh but it has become a prestige battle for both the ruling Congress and the Bharatiya Janata Party. The BJP is obviously keen to retain the seat as a victory will not only improve the party's tally of MLAs but also embolden it further to topple the Congress government which has a wafer-thin majority in the Assembly. On the other hand, chief minister Kamal Nath and senior Congress leader Digvijaya Singh are putting their best foot forward in this election. For them, this bypoll is not just about consolidating Kamal Nath’s position as chief minister but it also has a bearing on the internal dynamics in the Congress Party’s Madhya Pradesh unit. Nath and Singh, who have joined forces to sideline former minister Jyotiraditya Scindia, are working overtime for the victory of their loyalist, Kantilal Bhuria, as it would then strengthen their campaign for the appointment of the tribal leader as president of Madhya Pradesh Congress. It is no secret that Scindia has also been lobbying for this post in an effort to retain his hold in state politics which has been weakening since his defeat in the Lok Sabha election. Only time will tell if Scindia will succeed in outsmarting his senior colleagues.

As was to be expected, the announcement of a new team of the Uttar Pradesh Congress Committee has led to rumblings in the party with the senior leaders complaining that it is packed with outsiders and juniors. In an attempt to placate the dissenters, Priyanka Gandhi Vadra’s loyalists have made it known that the new members are on what is being described as probation for three months. According to them, the fresh incumbents have been told by the Congress general secretary’s office that their work will be monitored closely and that they will be shown the door if they fail to deliver. For instance, the absence of the members from a party meeting or their failure to hold regular programmes in their areas will not be taken lightly. This has, to some extent, reassured the veterans who find themselves marginalised in the new set-up. A senior leader from Uttar Pradesh was recently heard exulting that the tenure of the fresh entrants will not last long. “Wait and see... most of the newcomers will not survive the test.
We should be prepared for further changes in a couple of months,” he added happily.

The Congress is currently abuzz with stories about a showdown between party chief Sonia Gandhi and Rahul Gandhi a few weeks ago. Apparently, Sonia Gandhi wanted to appoint senior leader Sushil Kumar Shinde as party general secretary in charge of organisation in place of K.C. Venugopal who is a Rahul Gandhi favourite. The Nehru-Gandhi scion did not take kindly to this suggestion though Sonia Gandhi made a strong case for Shinde’s rehabilitation in the party by citing his years of experience and the fact that it would send out a positive signal before the Maharashtra Assembly polls. Rahul Gandhi, it is said, remained unmoved and argued that younger leaders should not be cast aside merely to accommodate seniors. Rahul Gandhi won this round but the episode only shows that there is no end to the tussle between the old guard or Sonia loyalists and Rahul Gandhi’s supporters.