The devious games inside the Congress Party are too well known, and they are past lamentation 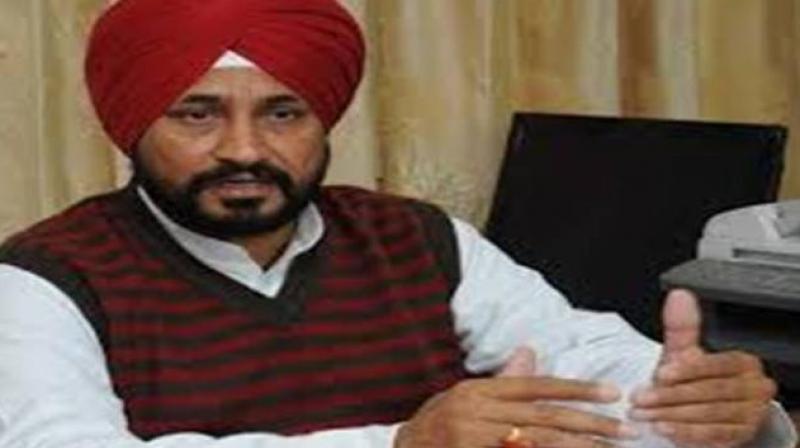 The statement by Punjab’s new dalit chief minister Charanjit Singh Channi — “The party is supreme, not the CM or the Cabinet… The government will work as per the party’s ideology” — lays bare the crux of the leadership turmoil in the state Congress unit. It is also interesting that the Congress has adopted a rigid stance usually associated with the BJP on the right and the CPI(M) on the left. The Congress has always been associated with pragmatism, and not hidebound ideology. But it seems to have suddenly dawned on the party that it should stick to its ideology, whatever that may be. Former Congress president Rahul Gandhi’s presence at the swearing-in ceremony in Chandigarh on Monday puts the stamp of approval on Mr Channi’s submissive, perhaps even servile, stance. It’s easy now to infer that Mr Gandhi believes the former chief minister, Capt. Amarinder Singh, did not subscribe to the Congress ideology, and that he did not consider the party to be supreme. That is, he did not accept the leadership of Rahul Gandhi or of Mrs Sonia Gandhi as absolute. If ideological deviation is the sin of Capt. Amarinder Singh, the party should expel him with or without a showcause notice.

The devious games inside the Congress Party are too well known, and they are past lamentation. Navjot Singh Sidhu, the Congress high command’s handpicked choice as Punjab PCC chief, and Mr Gandhi himself will now have to find a way to win the February Assembly polls. This will involve a few commitments. One of them is to promise that Mr Channi will be the chief minister if the Congress is returned to power. This would entail that Mr Sidhu’s chief ministerial ambitions will have to be deferred, if not abandoned. It would also require that Mr Gandhi, Mr Sidhu and Mr Channi carry the other dominant and adversarial sections in the state. Does Mr Sidhu have enough clout among the Jat Sikhs to keep them within the fold when one of them is not going to be the chief minister? It is a genuine challenge. In every state in this country, and in every party, the dominant minority caste has a stranglehold on the leadership. It can be broken only if the remaining caste groups join hands. The battle is unequal because the dominant minority caste — in the case of Punjab it is the Jat Sikhs, with a 18 per cent share of the population and a monopoly of economic power — that calls the shots. An influential Jat Sikh leader must convince the party to accept the democratic imperative of a dalit leader of the state. It’s not an easy thing to achieve, and the Congress may fail too. But if its intentions are sincere, then it will stick with a dalit leader even through a defeat. The Congress does not really have the courage to go through with a political revolution inside its organisation.
There are enough reasons for pushing out the “Captain Saheb” from the chief ministerial perch. He has been there for long enough and the party badly needed a new face. This should have been done midway through the term and not right at the end. If the Congress loses the election, which seems more likely than any other outcome at the moment, Mr Channi and the cause of the dalit leadership in the state will face a huge setback. The Bahujan Samaj Party (BSP) under the leadership of Kanshi Ram had worked out a social and political coalition that facilitated the emergence of a dalit chief minister in caste-ridden Uttar Pradesh. But he failed to achieve that in Punjab. The times have changed and perhaps it’s possible to put in place a social and political coalition with a dalit leader in charge. But it doesn’t seem that the Congress has worked out a similar ground plan. It has to do that if it means to ensure a dalit chief minister in Punjab, which is indeed a democratic imperative.

The question remains whether Capt. Amarinder Singh would have brought about a social revolution better than Mr Sidhu as the former CM was perhaps in a better position to lead the change. Capt. Singh is above Sikh communal politics, whatever may be his other failings. Mr Sidhu has shown signs of playing the religion card, which is also the bane of the Shiromani Akali Dal (SAD) brand of politics in the state. In the 1980s, Indira Gandhi was ill-advised to let Sikh fanatics flourish to challenge the communal politics of the Akali Dal. That was a huge and tragic blunder. Capt. Singh had refused to play the Sikh communal card. The Congress should not repeat the mistake of the 1980s.

What started out as a vicious personal rivalry between Capt. Singh and Mr Sidhu, and which had vitiated the atmosphere for a Congress that was sitting pretty in the state with almost an assured second term, has now turned out into a bigger social battle. The Congress leadership has used the dalit card to raise the Singh-Sidhu battle to an ideological one, but it has to stick to the end. The Congress’ record in Punjab since 1966 has been patchy. There is the impression that Capt. Singh has given it a stable image. But Congress has now gone into an experimental mode because it does not seem to be certain that it can retain its hold on Jat Sikhs in the state. In Andhra Pradesh and in Telangana, the party has stuck to the traditional dominant caste, which is a numerical minority, the Reddys, despite persistent demands from Other Backward Classes (OBC) sections. The departure from the norm is noteworthy if it goes beyond political exigencies. After the Capt. Singh hurdle, the Congress will face the Sidhu hurdle in managing change in the political leadership in the state. Will Mr Sidhu be content to lead a socio-political revolution in Punjab as head of the Congress in the state? Taking the leadership of state politics away from the Jat Sikhs is a truly herculean task because it involves nothing less than displacing the state’s power elite. It’s never going to be a smooth change. In the ensuing convulsion, the Congress may well lose out. But it is a battle worth losing if it is about challenging the reigning social and caste hierarchy.