Migrants try to better lives: Why get so riled?

All this suggests that Indians have done very well by crossing borders in search of a better life. 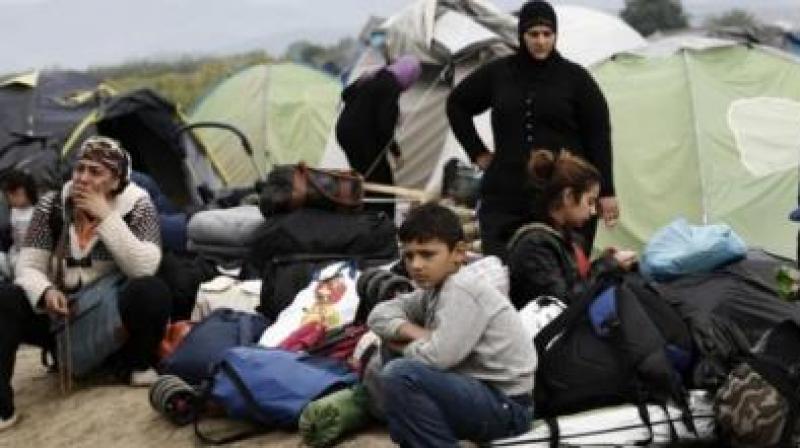 Most states in India have been indifferent to the needs of migrants, but continuous efforts at rousing nativist sentiments will put at risk migrants at large. (Photo: AFP I Representational)

Why is India, a migration superpower, so riled about people crossing borders to better their lives? India is the top source of international migration, according to recent data released by the United Nations Economic and Social Council. This country is also the world’s top recipient of global remittances, with its diaspora sending $80 billion back home, a World Bank report said last year. India is followed by China ($67 billion), Mexico and the Philippines ($34 billion each) and Egypt ($26 billion).

All this suggests that Indians have done very well by crossing borders in search of a better life.

And we have been at it for a long time. Large numbers of Indian migrants — many of them of course involuntary ones — moved to Africa and the Caribbean over a century ago. In more recent years, Indians have been moving to the Gulf countries, North America and Europe.

Given that millions of Indians choose to move to places which offer them better opportunities, what explains the current obsessive stigmatisation of migrants and migration?

Even a cursory look at Indian newspapers would lead an outsider to think that India is being overrun by illegal migrants. The BJP, which calls the shots in most Indian states as well as at the Centre, misses no opportunity in sledge-hammering this point. In the nudge-nudge, wink-wink lingo that passes for political discourse today, “illegal migrants” are Muslims, and typically from Bangladesh.

They were likened to “termites” in the run-up to the general election earlier this year. The theme is back in the news. The implementation of the National Register of Citizens (NRC) in Assam is not a pretty picture. But that hasn’t stopped the BJP from harping on their pet theme. Union home minister Amit Shah brought up the issue recently when he said the NRC will be introduced throughout India and all illegal immigrants will be thrown out of the country through legal means. Uttar Pradesh and Haryana, two BJP-ruled states, have started saying that they are keen to try the NRC.

The suggestion is that “illegal migrants” are the cause of all India’s woes and if only they are hunted down and flushed out, all will be well.

But will it? Where is India headed if this incessant drumbeat of anti-migrant sentiments is sustained?

First, some facts. This whole claim of India being swamped by illegal migrants has been thoroughly debunked by migration scholars. Chinmay Tumbe, an assistant professor of economics at the Indian Institute of Management, Ahmedabad, and the author of the highly acclaimed book India Moving: A History of Migration, has publicly stated that the NRC exercise in Assam shows that the actual number of the so-called “illegal” immigrants is nowhere near the 20-million figure bandied about for the past two decades. Going by the 2011 Census, the number of Bangladeshi immigrants in UP and Haryana are in the thousands, not millions. And in over 500 of the 640 districts of India in 2011, the immigration rate was under 0.5 per cent.

But the loose talk on flushing out illegal immigrants carries on.

Now, there are real fears that this constant framing the India story as an “insider versus outsider” can further derail an already stuttering Indian economy and trigger a witch hunt among internal migrants. As is always the case, the most vulnerable sections of the population, the marginalised and the minorities, are likely to be the worst-hit because they may not be able to produce all the documents needed to prove their citizenship.

A recent survey conducted by the Indo-Global Social Service Society shows that 30 per cent of the homeless population in Indian cities don’t possess any form of documentation, as Gilles Verniers, assistant professor of political science at Ashoka University, recently pointed out.

What are the implications?  Inter-state migration in India is less than in other countries at a similar stage of economic development. The low level of inter-state migration in India is one reason for the country’s low rate of urbanisation — 31 per cent — in 2011. Urbanisation is picking up, but India is still not as urbanised as many other countries with a lower per capita gross domestic product. This becomes an important issue if one considers that it is urban India which contributes the biggest chunk of the gross domestic product.

Mobility benefits both the region people migrate to, and where they migrate from.

India needs more, not less, mobility of its citizens and more migrant-friendly public policies. So far, few states have paid heed. Inter-state migration in India has risen in the past two decades, but it is still less than intra-state migration.

Kerala was the first out of seven states for migrant-friendly policies on the Inter-state Migrant Policy Index 2019 (IMPEX 2019), an index compiled by India Migration Now, a Mumbai-based NGO which tracks state-level policies for the integration of out-of-state migrants. Maharashtra came second, with a score of 42 out of 100, compared to Kerala’s 62, and Punjab came in third, with a score of 40.

States like Kerala, which also generates migrants, have been far-sighted, realising that as the population ages, they will have a higher number of elderly dependents and fewer working adults. This will happen at a time when states like Bihar and Uttar Pradesh, with higher birth rates and youth populations, will have a surplus of working adults. That migrants from “younger” states will move to ageing ones in larger numbers is a given, as current trends show.

Most states in India have been indifferent to the needs of migrants, but continuous efforts at rousing nativist sentiments will put at risk migrants at large.

The BJP and its support base insist that illegal migrants have taken over India and it is not just limited to the border states. Many political analysts say that this scapegoating of illegal migrants and framing them as the cause of all problems has a lot to do with poll politics. Tellingly, Haryana, which wants a NRC, will be holding Assembly elections soon.

This narrative needs to be challenged because it keeps us in a state of denial and has consequences for the entire country. It is no one’s case that there are no illegal immigrants in this country. But Bangladeshis and others eking out a living as ragpickers or domestic helpers in this country are not the reason why India’s economy is in its current state.