Opinion   Columnists  21 Sep 2018  America is no saviour of women in Afghanistan
Opinion, Columnists

America is no saviour of women in Afghanistan

The aims of Promote were to improve the status of 75,000 Afghan women at all levels of society. 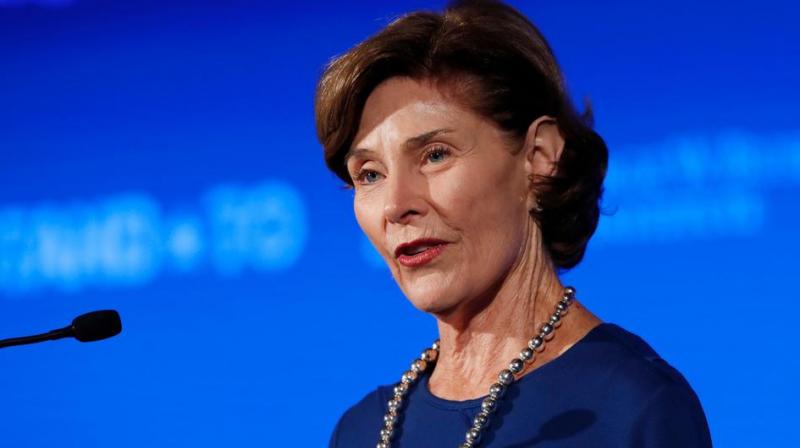 The war in Afghanistan, the world was smugly told, was to save Afghan women. Laura Bush announced it during a radio address, and Hillary Clinton repeated it ad nauseam. Even as late as 2012, when the war was in its second decade, these mantras were ubiquitous, repeated by nodding interpreters at the Nato summit in Chicago as awards and medals were handed out to those believed to be engaged in making the saving of Afghan women possible.

Every now and then, a few Afghan women were also invited to speak a few words, with inordinate care being taken to ensure that they were the right sort of Afghan women — the ones who would eagerly second the proposition that they were indeed being saved, their words ‘proof’ of the fact that war was not such a terrible thing after all.

In more recent times, the myth of Afghan women’s progress has been roundly debunked. Sharp increases have been reported in incidents of domestic violence and the indicators that show progress in any realm of gender parity signify no visible betterment in their conditions since before the war. While the State Department and USAID budgets have been cut drastically, a picture showing Afghan women walking on the streets of Kabul in miniskirts in the 1960s has managed to keep the money flowing by convincing President Donald Trump that such a prospect, the return of the Afghan women to a liberated miniskirt-wearing past, is indeed possible — even likely.

A new report issued by the Special Inspector General for Afghan Reconstruction threatens to throw a wrench into the scam. Released last week, the report is an audit of sorts of the Promote programme launched by USAID three years ago. The aims of Promote were to improve the status of 75,000 Afghan women at all levels of society. The programme is believed to be USAID’s biggest gender-related programme in the world. However, three years after its initiation, USAID has failed to show any demonstrable progress in the status of the women targeted.

To make themselves look better USAID set about changing the metrics and resetting the performance indicators. For instance, one component of the programme that was supposed to provide employment for 2,100 women was (even after the change in target indicators) found to have provided better employment for just 58 women.

The failures could be traced to the usual sorts of things. In one instance, the failure to finalise a memorandum of understanding between the Afghanistan Ministry of Women’s Affairs and USAID delayed the implementation of one programme.

In another case, USAID’s failure to approve personnel without inordinate delays led to a high attrition rate amongst programme staff which in turn contributed to the inability of the programme to meet its goals.

In sum, there were lots of problems within the bureaucracy that ran these programmes and the people who were charged with implementing their goals.

There is, of course, another reason. As many other audits and analyses of aid programmes have shown, the goals and aims stated in the task orders and grant reports are not always the real goal. In this particular case, actually helping Afghan women in a way that would produce long-term improvements in their condition was only tangential to the larger project of promoting an image of the United States as a benevolent hegemon. Whether Afghan women’s lives were ever actually improved, whether they were able to obtain and utilise job training and leadership skills, likely concerned very few people.

In monetary terms, expenditures were likely directed towards favoured contractors who then took their cut and sent the work to their favoured sub-contractors and on and on. The purpose of it all, to oil the wheels of the aid economy such that a whole range of people, from USAID bureaucrats to the many expatriate workers involved in the aid industry to local Afghan participants in the aid economy, all got a bit of the proceeds.

While the failings of USAID are duly addressed in the report, there are others that deserve attention too. Uplifting the condition of women, particularly via job training, requires the transformation of cultural and social norms such that women, with their newly acquired skills, can actually put them to use by participating in the workforce.

In this sense, the failure of Promote cannot simply be attributed to the gross failings of USAID. Also to blame is the intransigence of Afghan society that has fallen prey to the idea that women’s empowerment has to be rejected because it was the slogan of choice for a war that has ravaged the country and left much of the population maimed and destitute. In allotting so much money to Afghan women’s empowerment, Nato and the United States have only succeeded in popularising the premise that the war really was for something good, the empowerment and improvement of the conditions of Afghan women.

They also, and perhaps inadvertently, succeeded in tainting the very concept of empowerment, making it the derided emblem of Western military intervention. In the follow-up to this report, while USAID may make amendments to Promote, it is unlikely that it will succeed in making empowerment for Afghan women a reality.