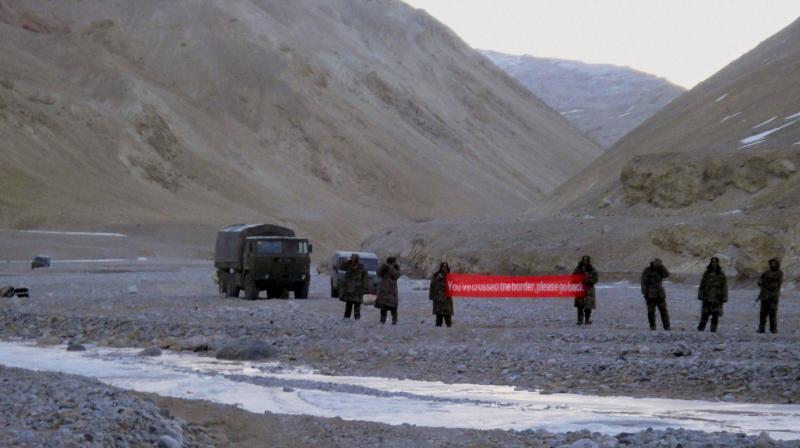 Is the Indian system so corrupt that it will aid someone working directly against our national security interests? Representational Image

Every passing day the Chinese underworld’s deep penetration of India seems to grow, and this country looks utterly incapable of doing anything about it.

Whether individuals or companies, they all have the muscular backing of the Chinese Communist Party and its various secret arms and are confident that the long arm of Indian law can’t touch them.

India is, of course, not the only country where they are operating. But in some places and some countries, realisation is slowly dawning that these activities by Chinese state and non-state actors can’t be permitted to continue.

This is so in the United States, Canada and some European countries that allowed the Chinese to penetrate their economies untramelled for decades, but now there is a change in thinking.

The hard line by Washington of late is a case in point, one we need to emulate. New Delhi’s helplessness is bringing these Chinese criminals to justice only confirms the CPC’s long-held view that India is intrinsically weak, timid, and scared to act against Chinese lawbreakers in India, apprehensive of Beijing’s retribution.

Why else has India failed to counter the CPC’s “deep penetration strike” and “forward deployment” in India.

It’s equally hard to comprehend New Delhi’s delayed strategic blueprint to pre-empt and deter these or launch a counter-offensive to protect its supreme national interests.

When news came on August 12 about Chinese “Charles Peng, aka Luo Sang” committing a massive hawala offence of hundreds of crores rupees in India, with the help of fellow Chinese, as well as Indian bankers and chartered accountants, through 40-plus bank accounts, it was no surprise.

A day later, August 13, it emerged Luo Sang had been arrested two years ago on serious espionage charges. Why was he still roaming free, who had come to his rescue and facilitated his release? He was caught entering India illegally via Nepal without any valid travel documents.

Subsequently, he married a Manipuri woman, and in a short time managed to get documents to become an “Indian citizen”.

How did a man arrested for spying manage to obtain bail from the courts? He faced charges of “forgery, cheating, impersonation” and of being a “logistical support provider to the Chinese embassy”. Is the Indian system so corrupt that it will aid someone working directly against our national security interests?

We now have a high-profile gold smuggling case in Kerala, linked allegedly to its highest office. What about these state-sponsored Chinese criminals?

From money-laundering to banking, gold smuggling to fishing, it’s the same story over and over again – with Hindustan repeatedly taken for a ride. As our soldiers valiantly try to confront the Chinese PLA across Ladakh, in Pangong Tso to Galwan Valley, as well as in Sikkim and Arunachal, the Chinese Han criminals and CPC agents seem to have access to our finance, commerce, trade, banking, fishing and investment sectors.

The porous India-Nepal border is an entry point for espionage. Remember, after Ottawa cracked the whip on Huawei, how four Canadians caught stranded in the People’s Republic were sentenced to death for espionage? Can we draw some lessons?

In June 2019, 10 Chinese vessels were apprehended fishing illegally in Maharashtra, and sought “emergency” shelter in Ratnagiri, 131 nautical miles from the Indian Navy’s western fleet headquarters. This was the Fu Yuan Yu fleet, owned by Dong-Xing-Long Ocean Fishing Co Ltd, based in Fujian. They entered India on June 7, 2019, and were caught soon afterwards, with illegal gear on the vessels, with 19 of its 37 crew members having expired passports. But what did India do, despite a clear breach of our laws? Almost nothing.

Those were the days of a renewed post-Doklam “Hindi-Chini bhai bhai”!

As most of the government and our armed forces have realised by now, the Chinese, having made deep incursions into our territory, are determined not to give up an inch. The CPC has already subdued Moscow, which is scared of losing control of Siberia, it has bought over Pakistan and is continually instigating India’s neighbours.

It has committed long-term technology theft in America and Europe. Now the target is India, which made the cardinal blunder of allowing the Chinese entry into its economic sphere. We are on the backfoot, so much so that our ambassador in Beijing meets second and third-rung CPC functionaries and junior PLA generals, literally cajoling them to ensure a return to their pre-April 2020 position in Ladakh.

Will China’s ambassador in New Delhi Sun Weidong, who addresses some forum or the other almost daily, confer with low-level leaders or junior Indian Army generals? After the June 15 Galwan outrage, he wasn’t even summoned by the external affairs ministry for an explanation. What are we so afraid of?

Wake up, India. De-couple our economy from China swiftly, or the Chinese will try to convert Hindustan into another semi-vassal state. India’s 1.3 billion people will never accept that.