Aarogya Setu not a magic tool; it breaches privacy

It is universally recognised that crises like pandemics enable governments to increase surveillance. 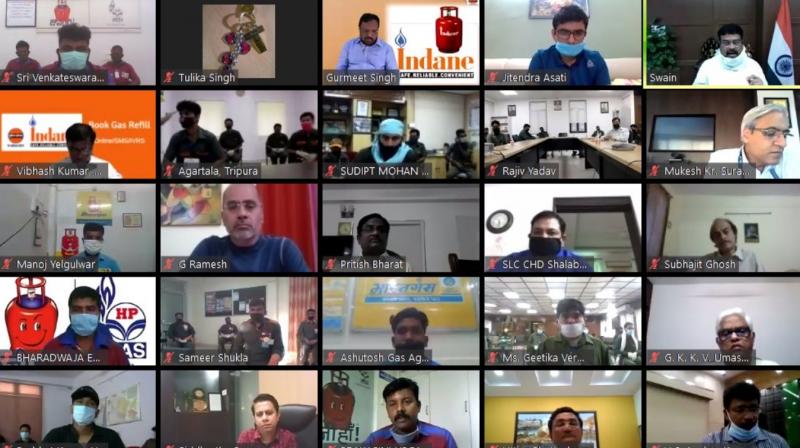 On April 14, Prasar Bharati issued an office memorandum making it mandatory for its staff to install the Aarogya Setu app. The memo was issued the day prime minister Narendra Modi addressed the nation to announce that the nationwide lockdown would remain in force till May 3, although there will be partial easing from April 20. He too appealed to the people to download the app. Earlier, on April 6, he had asked BJP workers to promote the app among the people.

Prasar Bharati’s missive to all staff, regular as well as contractual, was prompter than the exemptions being allowed post April 20, which were issued by the Home Ministry on April 15. The memo directed that instructions must be issued to all security personnel to “ensure that all those entering and leaving the premises of Prasar Bharati establishments should confirm they have activated the app”. The public broadcaster’s path may be followed by other government agencies. Not just that, there are also reports that officials in some districts have made it mandatory for people to install the application and roped in RWAs and market associations to ensure compliance.

Aarogya Setu has also been recommended by the Central Board of Secondary Education in schools and other educational institutions that it can influence. Government sources have claimed that till the point of writing almost 50 million users have downloaded the app since it was launched in early April. This makes it globally the fastest-ever downloaded app. There are apprehensions that the government may eventually make it compulsory, like Aadhaar once was, to run the downloaded app in order to either access government facilities and services or even to enter public spaces.

There are two issues which need to be flagged in regard to the Aarogya Setu app. The first relates to how its capacity and utility in “protecting” a citizen from the coronavirus. When news of the government’s move to design an app and release it came, it was first available in its previous avatar in the name of Corona Kavach, or a protective band against the virus. This avatar, developed by the national e-governance division of the ministry of electronics and information technology in association with the ministry of health and family welfare, has now been completely replaced with Aarogya Setu, developed by National Informatics Centre.

From the beginning, the app has been projected as magical protective band to protect against the virus, and several fallacies exist about it. For instance, most reports state that the app will enable people to get an alert the moment they are within six feet of an infected person. This does not appear plausible because the app is not a diagnostic app, but the official release says that the app “will enable people to assess themselves the risk of their catching the coronavirus infection… It will calculate this based on their interaction with others, using cutting-edge Bluetooth technology, algorithms and artificial intelligence”. Further ahead, it says, the app “detects other devices with Aarogya Setu installed that come in proximity of that phone. The app can then calculate the risk of infection based on sophisticated parameters if any of these contacts has tested positive”. A simple question should be posed at this stage -- Will the government allow anyone who has tested positive to move around freely in society and infect people? Will such a person not be quarantined? If the person had tested positive and has completed the quarantine period, in their home, a hospital or any other facility, or if the person has been cured, is it fair to reveal the person’s identity or if this is masked, then does it make sense to create a scare?

In the absence of any kind of complete transparency, one can deduce that this app works on the basis of contact tracing. The primary utility of the app, as of now, is that if an individual tests positive with the coronavirus, the app will be able to trace all smartphones that were within the distance that is considered to have passed on the germ. These people will then either be informed about this, or asked to quarantine themselves. The app is thus a post facto application and not a real-time alert device as is being understood by most people. The only alert that the smartphone will receive is that there are others in the vicinity who have downloaded the app. In a hyped-up situation where every infected person is being seen as offender, only those who have downloaded the app will be seen as “responsible” or “patriotic” individuals, while all others within the space will be profiled as the “wrong” people.

It is universally recognised that crises like pandemics enable governments to increase surveillance. In India the 1897 Epidemic Diseases Act, which is still law and has been invoked now by the Centre, was very intrusive. Historian David Arnold said that the plague epidemic in the last decade of the nineteenth entury “was long remembered, perhaps more for the draconian government measures and the upsurge of nationalist resentment it created than for the disease itself”. The Aarogya Setu app is worrisome because it can become a surveillance tool of the government. In the event of an app like this becoming compulsory, it will make easy to keep track of even the social contacts of anyone who is a political adversary. The “yeses” that a person clocks in the process of installing the app after downloading it grants the government permission to use the data in future for purposes other than epidemic control. It has been seen, most starkly with the British Raj-era law mentioned above, that laws introduced during an emergency remain in force long after it has passed. For the moment, the government may be within its rights to recommend the use of the app. But to make it compulsory violates individual freedom and breaches everyone’s personal privacy. Much greater transparency is required, and it is time to stop projecting the Aarogya Setu app as a magic solution having divine powers.