Economically, whatever happens in China reverberates across the world. It is the global manufacturing hub. 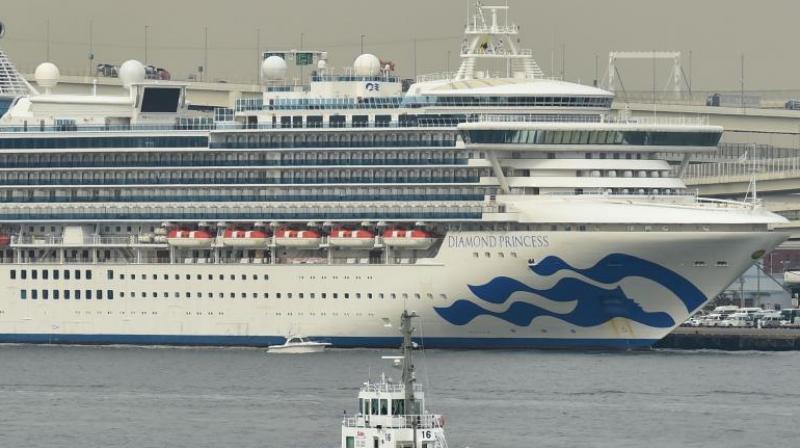 Japan is also the harbour for the Diamond Princess, one of those massive cruise ships that appear to be the ideal incubators for viruses. The rate at which the coronavirus named Covid-19 has been spreading aboard the vessel bears out that assumption.

Beyond the inevitably immediate concerns about the steadily rising death toll from the Wuhan coronavirus infection and the prospects of a worldwide pandemic, crucial questions have arisen about its political and economic impact in China as well as internationally.

Economically, whatever happens in China reverberates across the world. It is the global manufacturing hub. It provides both products and parts that keep the international economy humming. When factories cannot function and ships cannot sail, or shipments are quarantined, there are worldwide palpitations. Japan reportedly faces a recession as a consequence.

Japan is also the harbour for the Diamond Princess, one of those massive cruise ships that appear to be the ideal incubators for viruses. The rate at which the coronavirus named Covid-19 has been spreading aboard the vessel bears out that assumption.

More broadly, though, the thus far restricted level of international infections and fatalities suggests that Chinese efforts to curb the spread of the virus have been broadly successful. The World Health Organisation (WHO) has praised China for both its efforts and its transparency. It has not, however, ruled out the risk of a pandemic. At the same time, the fact that the Chinese authorities have been somewhat less reticent in sharing their information and concerns than they were during the SARS emergency at the turn of the century is commendable — only up to a point.

It is hard to ignore the fact that the initial response in Wuhan — the capital of Hubei province, and the epicentre of the outbreak — was to clamp down on information. At the beginning of last month, eight medical professionals were hauled up for spreading “rumours”. Among them was Li Wenliang, a young doctor who apparently succumbed to the virus on Feb. 7, sparking nationwide grieving.

Although China is undoubtedly better equipped than almost any other nation to put into place drastic restrictions on movement that stretch from extreme measures in Wuhan to slightly less extreme ones in Beijing and Shanghai, there are obviously limits to its transparency.

Sure, some newspapers and websites were able to get away with a little more questioning of the authorities than was normally permitted, but criticism of President Xi Jinping’s leadership remains beyond the pale, as evidenced by the treatment of Xu Zhangrun, a professor who has been quarantined in more ways than one for daring to criticise Xi’s leadership. Former lecturer in law Xu Zhiyong has been taken into custody on similar grounds. There are likely to be numerous others we will never hear about.

So, sure, totalitarian control helps in locking down half of a more than billion-strong population, but the fear that Xi Jinping’s crown as president-for-life might be tarnished is possibly more of a concern for the Communist Party hierarchy than the coronavirus.

The president is yet to venture into Wuhan, where the bulk of around 1,800 deaths from the affliction have occurred. He sought to burnish his image instead through a masked and well-publicised visit to a hospital in Beijing. Premier Li Keqiang, on the other hand, has visited Wuhan — and may well become a leading scapegoat if the epidemic gets any worse.

If so, he would join the purged health officials and local party stalwarts in Wuhan, who have by and large paid the price for following the Beijing-ordained logic of downplaying any crises and disowning all concomitant errors.

China’s efforts in the context of Covid-19 are commendable at many levels, and it is hard not to be impressed by its capability of setting up huge hospitals within weeks. But it must at the same time be acknowledged that, despite all this, all too many patients in Wuhan remain unattended.

In the past few days, Beijing has been keen to point to an apparent decrease in new infections, even as the death toll goes on rising. WHO has been less complacent, declaring that it is too soon to tell whether the threat of a global pandemic has been averted. There have not been many deaths outside China, but the virulence of the disease continues to provide cause for concern.

In some eyes, the global economic repercussions are a bigger worry, pointing to the extent to which the rest of the world relies on China as a manufacturing and trade hub. In that sense, the repercussions will play out both domestically and internationally over the coming months and perhaps even years. The architecture of globalisation means that when China sneezes, the rest of the world is not immune from catching a cold.

Future historians may look upon Covid-19 as little more than a blip on the radar in the context of the international economy, but perhaps it will also be seen as the juncture at which the advent of Xi Jinping stopped being viewed as the second coming of Mao, and many Chinese suddenly developed an empathy towards the Uighurs subjected to mass and indefinite incarceration.