Islamophobia, and a tale of 3 elections — in India, UK, US

With Brexit will come a more complex set of mechanisms that determine travel to the UK. 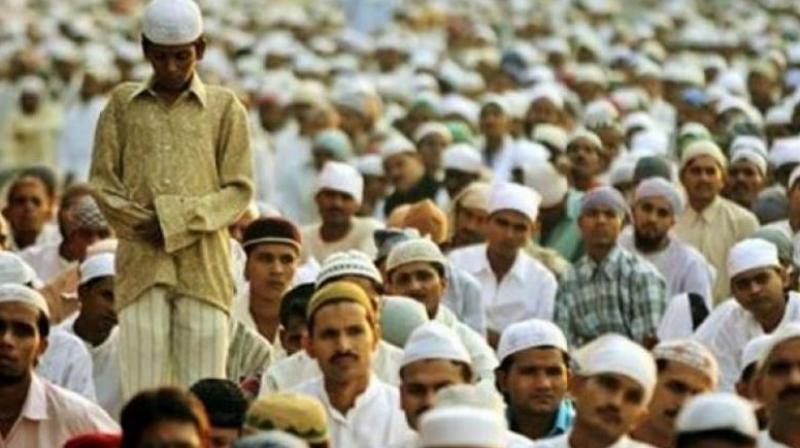 The sum of the three elections, and the re-election and election of strong-arm politicians with a history of hating Muslims, should concern everyone.

The decade is coughing its last, it seems in a particularly glum mood. Protests rage across India as Modi’s republic tries to excise citizenship rights from Muslims. Wars continue to rage in India-held Kashmir, Syria, portions of Iraq and Afghanistan. Millions are dying on the shores of the Mediterranean as they try to reach whichever European nation possible in search of a better life, and even more are dying in the Sahara trying to get to the shores where they can undertake the dangerous voyage. That it is a perilous and unforgiving world is obvious.

It is also a rapidly changing world; two elections that have taken place this year, and one more that will take place next year, will together redefine the way the world has been for many decades prior. The most recent of these three elections took place this past Thursday in the UK. After three years of being stuck on Brexit and unable to leave the EU with the given deal, the British people finally delivered the British Conservative party a huge mandate ensuring that Prime Minister Boris Johnson will be the top man in Britain for the first half of the next decade.

It is a momentous occasion. PM Johnson will undoubtedly ensure (as he has promised) a swift and succinct exit from the EU. With Brexit will come a more complex set of mechanisms that determine travel to the UK. While Pakistanis may not be particularly affected by that (it is already difficult enough to obtain visas to the UK) British Pakistanis will see some consequences. Mr Johnson has made critical remarks comparing Muslim women who wear burkas to “letter-boxes”. The London attacks that took place on 7/7 in the first decade of the millennium and ensuing ones such as that on London Bridge a couple of years ago, along with the arrests of hundreds of ‘terror operatives’ of various affiliations have undoubtedly provided fodder for his Islamophobic views. Beyond just that, Mr Johnson’s books — one a novel titled Seventy-two Virgins: A Comedy of Errors (whose content can be easily guessed at) and another a historical account of Rome and his political and historical views (he included a special section on the “rise of Islamism”) all point to a man who is deeply anti-Islam. British Muslims are likely to bear the brunt of this belief that is likely to be echoed in the policies the Johnson administration, that now has an absolute majority, will enact.

The Indian election delivered an incontrovertible majority to Narendra Modi. Just like Mr Johnson’s hatred evolved in the post 9/11 years, PM Modi has repeatedly made Indian Muslims the scapegoats on which to pin every failing. In the years during which he has been in power, the entire Indian populace seems to have been whetted into a Nazi-like fervour bent on excluding and excoriating Muslims. Rising since the Mumbai attacks, this desire to exclude Muslims has of late taken the bizarre form of actually denying citizenship to hundreds of thousands of Muslims in Assam. Living close to the Bangladesh border, the poor people often do not have access to the trove of documents that the government now demands as “proof” that their forbears and themselves were born in territorial India. Even as the Modi government has passed this law, it has also introduced another which will make it easier for specifically non-Muslim citizens of adjoining countries to take refuge in India. The ‘Hindu’ nation, with over 250 million
Muslims, seems to be — under Modi — determined to use every legal, social, military and political method to isolate and castigate its Muslims.

The third election in the world’s transformation will take place in November next year. On the first Tuesday in November 2020, Americans will go to vote and decide whether they want to keep President Donald Trump for another four years. Mr Trump’s Islamophobia, his constant referral to Muslims as a ‘problem’ people, his demonising of Muslims at his regular rallies, not to mention his administration’s travel ban that continues to bar individuals from mostly Muslim nations, make clear exactly what his views are.

If elected for another term, a Trump freed of ­concerns over re-election could easily crack down even harder on American Muslims. Already, ‘de-naturalisation’ taskforces have been set up to investigate anyone the administration deems may have lied on their citizenship applications. A ­second term Trump administration will undoub­tedly deploy these mechanisms to further ­persecute American Muslims.

The sum of the three elections, and the re-election and election of strong-arm politicians with a history of hating Muslims, should concern everyone. While small minorities of Muslims may have caused the terror attacks in these countries, literally millions of Muslims from Los Angeles to Delhi are now going to face the consequences of that hatred, their children mistreated and discriminated against in the only home countries that they know.