To protect its sources is media’s sacred duty

Alan Rusbridger
The writer is principal of Lady Margaret Hall, Oxford. He was earlier editor-in-chief of London’s Guardian newspaper for 20 years.

If an editor has any kind of sacred duty it is to protect his or her sources from discovery. 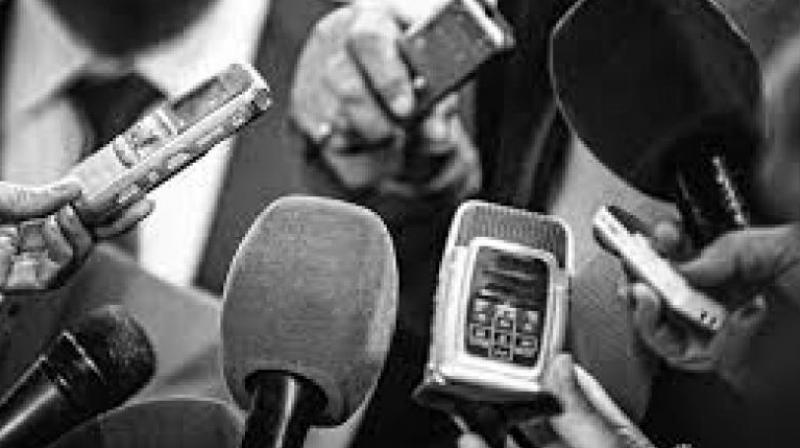 Much of the best journalism is unauthorised. The most valuable sources any reporter has are not supposed to speak. The best understanding of how a society works often comes from people who should really keep quiet, but don’t.

That, at least, is how I feel as a former editor and as a citizen. I would not expect governments to agree. Those in power — when they are not leaking themselves — like to control information and disapprove of other people who leak. They will frequently go to great lengths to try to discover the source of information. If an editor has any kind of sacred duty it is to protect his or her sources from discovery.

One of my own first stand-offs with authority as an editor came in 2002 when a brewing company tried to discover who had sent documents about a potential takeover bid to the Guardian along with four other national news operations.

If an editor has any kind of sacred duty it is to protect his or her sources from discovery.

Five editors unanimously decided we would not hand over any information that could identify the source. We knew if we betrayed this source, then future whistleblowers would believe they could not trust a newspaper when the going got tough. The free flow of information would dry up.

The case turned nasty for the Guardian when the company, Interbrew, tried to seize its assets in order to force our hand. That particular battle lasted eight years and went all the way to the European Court of Human Rights, where we won.

A very famous English judge, Lord Denning, put the case for protection well when he ruled in 1981: “If [newspapers] were compelled to disclose their sources, they would soon be bereft of information which they ought to have. Their sources would dry up. Wrongdoing would not be disclosed. Charlatans could not be exposed. Unfairness would go unremedied. Misdeeds in the corridors of power, in companies or in government departments would never be known.”

Watergate is probably the best example of this. The Nixon administration did not consider it in the national interest that the Washington Post should so doggedly pursue its story about corruption at the highest levels of government. For 30 years, no one knew who “Deep Throat” was: it was eventually revealed to be former FBI associate director Mark Felt. Most people today would regard him as a patriot.

They would think the same about Daniel Ellsberg, now 85, who was charged under the Espionage Act for releasing the Pentagon Papers, which revealed that the public narrative about decision-making in the Vietnam War was not the whole truth. National security adviser Al Haig said it was “a devastating... security breach of the greatest magnitude of anything I’ve ever seen.” The Nixon administration accused the New York Times of treason, damaging national security and violating the Espionage Act.

The case went to the Supreme Court, where the state argued that the paper had imperilled national security by revealing signal intelligence, the significance of which could not be understood except by intelligence experts.

But the NYT won. Two judges considered the First Amendment to be an absolute affirmation of free speech. Another considered that the state could only intervene in circumstances of “direct, immediate, and irreparable damage to our nation or its people”.

That judgement was crucial when, in 2013, the Guardian led the reporting of the documents leaked by Edward Snowden, a former National Security Agency contractor. We knew we could publish safely in America because of the protection the courts would give us.

The source of the material in that case was, of course, known. But even so, I well remember debating the issue with a former NSA general counsel, Stewart Baker. He distinguished between what Snowden did (of which he obviously disapproved) with what journalists do. He unequivocally said that, once information was in the hands of journalists, it was protected material.

To repeat: editors have a solemn duty not to do anything that could reveal the confidential source of material they publish. And editors who defy the attempts of states to force them to betray their sources should be applauded and defended.