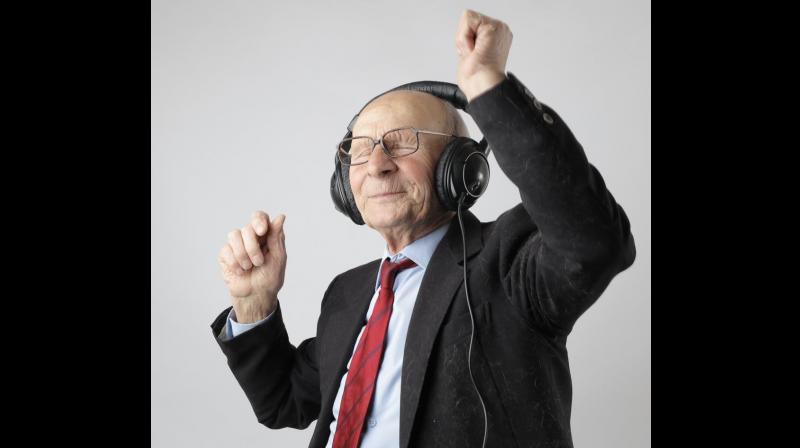 Hoping for a world that understands what’s going to happen to all of us and a world which doesn’t look at bandaid quick fixes but at longer, happier solutions. (DC Image)

Every headline that says “X medicine, product, lifestyle change” can “prevent” death fills me with rage. Especially the older I get. What is “prevents death”? Can a daily intake of ginger powder give you immortality? Or will walking six hours a day “prevent death” even as you give up food, alcohol, fun and so on? Be honest: there is no way — yet, I’ll grant you that yet — that you can “prevent” death. You can stave it off, you can fight it, you can get cured of several diseases, you can be healthy. But “prevent”?

I hear you: you’re accusing me of getting stuck in semantics. “Prevent” is just a space saver in a headline.

But it’s more than that, isn’t it?

It’s a false promise. It’s a manipulation of the human desire to live forever. There is no doubt that compared to ancient humans, we live a lot longer than we used to. I forgive all of you who still believe that in some golden age we lived for hundreds of years. But if you think it’s true, why do we sort of go downhill as soon as we reach the peak of adulthood?

If you’re young and hopeful, I’m sorry that you have to read this. But somewhere at that zenith, it all stops working quite the way it should. Eyes. Often, they start misbehaving first. Hair. Menstruation patterns if you’re female. General aches and pains. Teeth. And then lots of non-visible changes…

Should I get more depressing or make a literary segue to cheer you up for a few seconds?

In A.S. Byatt’s collection of fairy stories, The Djinn in the Nightingale’s Eye, the genie in the title tale offers the protagonist eternal life. And there she is faced with the most compelling question of all: which age to choose when you’re going to live forever?

I can tell you now for me, mentally in my late 50s is great. But physically? I’ll agree with Byatt’s heroine: mid-30s were good. At least I think so. Men might choose another age. Downside: you’ll have to work forever. Because if everyone “prevents death”, when does one retire? On the other hand, post-menopause? That might be easier, physically speaking.

Endless adolescence is like a never-ending nightmare. So is childhood. Who wants to be five forever? Or a pimpled, confused, confidence-stricken 14? Is there a bigger misnomer than “Peter Pan syndrome” for old, adult men who want to remain young? They certainly don’t want to be 11 for the rest of their lives. They want to be perpetually virile and up-to-no-good in their 20s.

How about that mid-life crisis that gets us all one way or another? You want to stay that age forever? It will be terribly expensive, when you consider all those supercars, watches and diamonds you need to compensate for lost youth.

Suppose you start taking “prevent death” medications and potions at the wrong age? Is it going to dial back the clock? You freeze your body after you die. But suppose you die at 92. So wrinkly, wobbly and wandering mentally, you get resurrected to wrinkle and wobble eternally?

Instead, how about some more thought into easing the ageing process? Our focus, as a society, remains on being young. And getting old is diverted into one of those “family will look after or you’re abandoned” situation. More and more I see older people who do not want to a “burden” on their families. Not because they don’t have loving families. But because they want independence and they want to enjoy the life they have left. The problem is of medical care and needs which don’t slot conveniently into how one wants to age.

Atul Gawande tackled this best in Being Mortal: “It is not death that the very old tell me they fear. It is what happens short of death—losing their hearing, their memory, their best friends, their way of life. As Felix put it to me, “Old age is a continuous series of losses.” Philip Roth put it more bitterly in his novel Everyman: “Old age is not a battle. Old age is a massacre.”

The lure then of “preventing death” is enormous. It is part of the human desire not to be considered an encumbrance, a burden, a failing machine minus cogs and wheels, which no one can fix and no one wants. Of course, not everyone faces this fate. Not everyone is unwanted. But the fear is real and one way or the other, it affects all of us.

This is not about death, by the way. It’s about accepting its reality and then dealing with it. It’s about being sensible and not getting taken in by nonsense cures which will only lead you astray. It’s about looking at society and how it diminishes ageing because the control is in the hands of those who believe they are forever strong and powerful, if not immortal. So and so we say was “too young to die”. Because they haven’t lived out their potential. Too soon, too soon. But when it’s someone you love, almost any time is too soon.

And when it comes to yourself?

Well, where am I?

Hoping for a world that understands what’s going to happen to all of us. A world which doesn’t look at bandaid quick fixes but at longer, happier solutions. A world which is compassionate but not stupid.

Why you might ask have I gone done this dire and dour path? Maybe it’s just what’s around me. Maybe it’s watching some people crave youth when youth is so distant as to belong to someone else’s life. Or maybe it’s just when you meet people your ageing age, invariably you discuss the latest twinges, diets that never work and exercise plans you’re never going to follow…

You say it’s all for “health” but maybe it’s just one more lost hope to look like you did at 25.

So what was that magic potion to “prevent death” again?
Kidding! Lost my spectacles and my memory for a moment there!