Even the local administration sometimes turns a blind eye to fulfil the demands of “higher-ups”. 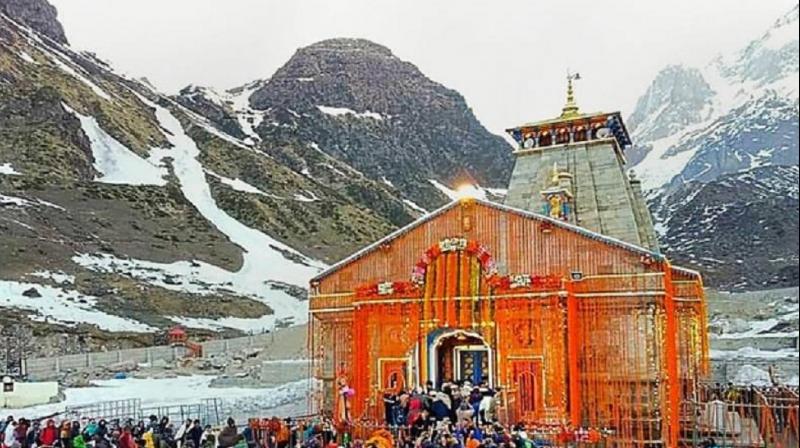 Poor maintenance and upkeep of helicopters besides ignoring weather warnings are said to be the major worries when it comes to helicopter operations to Kedarnath. (Photo: PTI/Representational)

The recent copter crash in the Kedarnath valley which claimed six pilgrims and the helicopter pilot speaks volumes about the mismanagement in the operations of helicopters. The heavy inflow of pilgrims in the Char Dham Yatra has forced companies operating helicopters to flout all norms of flying in order to make a quick buck.

The Tuesday crash was avoidable as the ill-fated helicopter was made to operate in the dangerous terrain despite bad weather. Kedarnath valley is known for its highly unpredictable weather. Poor maintenance and upkeep of helicopters besides ignoring weather warnings are said to be the major worries when it comes to helicopter operations to Kedarnath.

The real picture of how helicopter management is being done in Kedarnath can be gauged by this tweet by Dehradun-based social activist Anoop Nautiyal: “With nine companies operating 270 helicopter sorties per day like autos; there are concerns of violation of norms. A total of 1,41,600 pilgrims have taken 26,536 sorties in 2022, Safety must be paramount.”

A senior government official, on the condition of anonymity, said with a record number of tourists visiting the Char Dhams this year, the local administration is under tremendous pressure to facilitate a maximum number of pilgrims, particularly in the Kedarnath-bound helicopter flights. VVIP visits to Kedarnath make it even more difficult for companies operating helicopters to push to their limit. Even the local administration sometimes turns a blind eye to fulfil the demands of “higher-ups”.

Another area of major concern is the growing number of deaths of pilgrims during the Char Dham yatra. The death toll during this year’s Char Dham Yatra has already crossed 300 so far. Of these, around 80 per cent deaths of pilgrims are related to medical conditions and health issues while the remaining casualties are due to road accidents.

Highlighting the issue, Anoop Nautiyal tweeted: “A total of 42 lakh pilgrims have been to the Char Dham Yatra (so far). This will likely be 45 lakhs (the highest ever) when the yatra concludes. At (the) same time there are 311 pilgrim deaths (highest-ever casualties). Uttarakhand needs improved healthcare infra on the route. Pilgrims need to be sensitised as well.”

This huge influx of pilgrims is mainly due to the two years of curtailed Char Dham Yatra during the Covid pandemic. While just three lakh pilgrims visited in 2020, around five lakh visited in 2020, and this is when the yatra remained curtailed due to the coronavirus pandemic. In 2019, 32 lakh pilgrims had visited the Char Dhams while this figure in 2018 was 26 lakhs. Post-2013, when the devastating floods hit the Kedarnath valley killing more than 5,000 people, the number of pilgrims to the Char Dhams has been steadily rising.

The main reason behind this massive rush this year is the improved connectivity to the Char Dhams, thanks to the widening of roads under the Char Dham road project which is the pet project of Prime Minister Narendra Modi. Though the newly-constructed wide roads have greatly improved accessibility to the Char Dhams, the harsh weather conditions, steep elevation, low oxygen levels and drop in temperatures are some critical factors which are claiming the lives of persons who have pre-existing medical conditions related to heart, and lungs, etc. The lack of medical facilities en route to the Char Dhams is also the main reason behind the high number of deaths.

Though the Uttarakhand government has made it mandatory for every pilgrim to get themselves registered before the commencement of the yatra, poor monitoring of this mechanism and no checks en route have led to unregulated yatras for all pilgrims rushing to the Char Dhams.