Patralekha | ‘Lockdown generation’ at risk: Save their jobs

The CMIE data analysis underlines a grim fact during Unlock 3.0 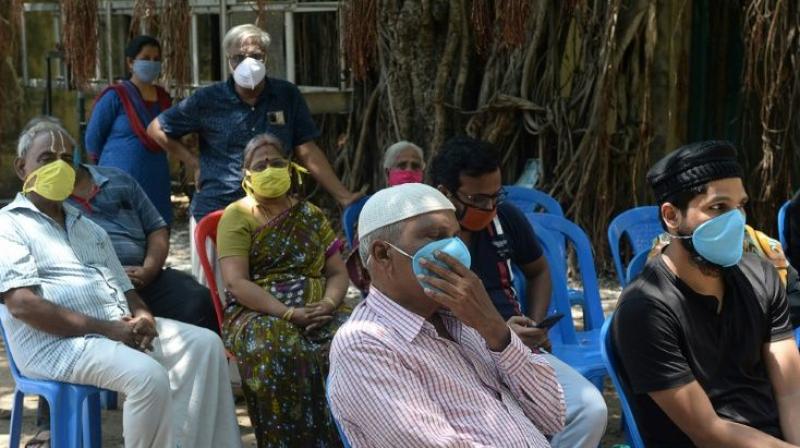 Sahil, a South Delhi manicurist, is back at work. His salon reopened in June. He did not get his salary for April and May, during the lockdown, when the parlour was shut. Now he has some work, but no regular salary. The footfalls are too few, his bosses say. Sahil has to make do with just 30 per cent of the amount the customers pay for his services.

“My earnings at the end of the month barely cover my expenses. But I have no choice. I have to come to work just to keep my “job”, he says, from behind a mask and a face shield. Sahil is in his twenties, single and lives with his family. He concedes that he is relatively lucky. Without family support, he says, he wouldn’t have been able to survive in Delhi on his current earnings.

Sahil could well be the face of the “lockdown generation”. In the time of the pandemic, his story is all too common. According to recent data from the Centre for Monitoring the Indian Economy (CMIE), one of India’s leading business information companies, 17.7 million regular salaried jobs were lost in April alone this year.

By July, that figure had shot up to 18.9 million, CMIE data shows. The CMIE data analysis underlines a grim fact during Unlock 3.0. The economy has been opening up in a phased manner since June, and some of the “jobs” are coming back, but the “recovery” has been largely in informal jobs. More and more young people find themselves in Sahil’s situation.

“While salaried jobs are not lost easily, once lost they are also far more difficult to retrieve,” CMIE notes.The beauty industry, one of the largest job-generators in this country during pre-coronavirus times, is one among many sectors that has been badly hit.

Even rich customers are wary of spending much time inside parlours though the staff wear protective gear and safety protocols are maintained. Many back alley parlours in urban India have shut down.

The bigger parlours that have survived are functioning at 30-40 per cent of their staff strength. More than a dozen beauty salon workers died by suicide during the lockdown, according to reports in the media. The All India Hair and Beauty Association, which has around eight lakh salon professionals, have launched a “Save Salon India” campaign.

The grim data about job losses and further casualisation of the workforce in a country where only 21 per cent have regular salaried jobs bears out an unsettling reality.

While the elderly have absorbed the worst of the health impacts of the coronavirus pandemic, the young are likely to be disproportionately absorbing its economic and social impacts in the times to come.

A recently released report by the International Labour Organisation and the Asian Development Bank titled “Tackling the Covid-19 Youth Employment Crisis in Asia and the Pacific” estimates that in India, the job losses will affect at least 4.1 million youths.

Construction and agriculture have witnessed the major job losses among seven key sectors, the ILO-ADB report pointed. In India, two-thirds of firm-level apprenticeships and three quarters of internships were completely interrupted during the pandemic, the report said.

Huge chunks of the  service sector have also been gutted -- hotels, restaurants, beauty parlours, wholesale and retail, real estate and many other businesses are severely hit and millions of workers, especially the young, are seeing their dreams going up in smoke.

Those who have been laid off or are desperately looking for jobs are being asked to start their own businesses, but just how easy is it to follow that prescription and how are women faring in the current context?

A recent article by academics Dipa Sinha and Sona Mitra in the Leaflet makes some pertinent points. “The post-Covid stimulus package focused majorly on easing credit availability for the MSMEs (micro, small and medium enterprises) through these schemes.For example, the Covid package announced by the Government of India includes Rs 50,000 crores in equity infusion for MSMEs, almost Rs 300,000 crores in collateral-free loans for MSMEs and other businesses, and two per cent interest subvention on Mudra Sishu loans – 68 per cent of these beneficiaries being women. However, it does not mention special provisions for women-owned micro-enterprises or the sectors which have a concentration of women’s businesses,” say Sinha and Mitra.

Further, as the authors point out, “the emphasis of the announcements remains on easing loans and credit rather than providing access to markets, which becomes crucial in the post-lockdown scenario.

It is not only the disruption in supply, but the slackening of overall demand within the economy, which can potentially lead to closures of many such small businesses, especially for women -- who are anyways perceived as ‘secondary earners’ within a household.”

Analysing the distribution of the impact of the Covid-19 crisis is needed for the targeted policy intervention to help the most affected and more vulnerable sections of the population.

Providing income support to workers and enterprises is an immediate policy concern, argue Basit Abdullah and Kashif Mansoor, research scholars at the Centre for Development Studies in Kerala’s Thiruvananthapuram, in a recent report for the Azim Premji University.

“It is important that the youth are not long-term unemployed since it affects their future career prospects and earning potential. Massive short-term training and skill development programmes for youth along with social protection expansions will increase the chances of them finding employment in growing sectors post the pandemic. This will help limit the long-term effects of the pandemic on the youth labour market,” the authors advocate.

The ILO has warned that young people could well be left behind in large numbers as the world finally emerges from the pandemic and that the initial shock to young people will last a decade or longer than a decade.

For India, a country with a dominantly young population, this is a terrifying scenario with political and social repercussions. India’s economy was already in a slowdown mode.

The lockdown knocked it down further. If there are no policies and initiatives specially targeting the youth the lockdown generation -or if they are not followed through, and young people go without jobs for long stretches, the famed demographic dividend would turn upside down and morph into a demographic disaster.

We simply cannot let that happen.