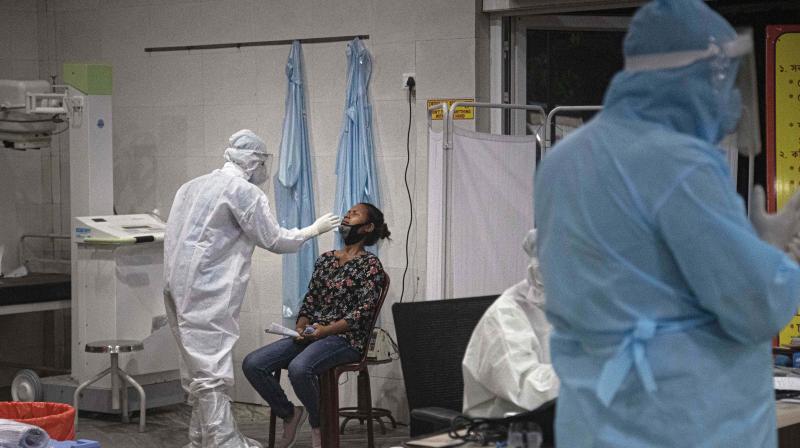 Vigorously defending his government’s record over the pandemic, Mr Xi claimed in Geneva on Monday that China “acted with openness, transparency and responsibility". AP Photo

I once asked late Prime Minister P.V. Narasimha Rao if the nonaligned nations’ movement had become somewhat redundant. “That’s why they are queueing up to join it!” he snapped back sarcastically. I forget now which applicants he had in mind, but Prime Minister Narendra Modi’s recent engagement with NAM confirmed that multilateralism still has its uses. A show of collaboration over Covid-19 helps to distract attention from shameful failures at home and the yawning gulf between wealth and poverty. By also highlighting India’s regional prominence, it draws attention to Mr Modi’s claim to Pandit Jawaharlal Nehru’s mantle.

Of course, BJP-ruled India is far from nonaligned. But perhaps few NAM members have ever been genuinely nonaligned. In the bad old Cold War days, some were nonaligned in favour of the United States, others in favour of the Soviet Union. Each NAM nation had its own axe to grind. Pandit Nehru, who wanted American arms and aid, exploded in a note:  “I dislike more and more this business of exchange of persons between America and India. The fewer persons that go from India to America or that come from the United States to India, the better.”

Mr Modi, too, seeks to be an Asian -- perhaps world -- leader but with full American endorsement. He makes no bones of his delight at being made to feel he is an intimate by President Donald Trump. He also warmly embraces President Trump’s protégé and ally, Israel’s born-again Prime Minister, Benjamin Netanyahu, who he proudly addresses by his nickname “Bibi”. Undoubtedly, a strong streak of personal vanity runs through these affectations, but as the recent tinkering with labour laws in some of India’s states indicates, they also have a bearing on policy. Curbs on labour activism are bound to appeal to American businessmen. So will India’s backing of the World Health Assembly’s European Union-sponsored draft resolution on Covid-19 as it takes up its new position this week as chair of the World Health Organisation’s executive board.

The Geneva meeting comes at a delicate time. China’s President Xi Jinping is one world leader whom Mr Modi has not been able to sweet-talk into cosy intimacy.

Mr Xi is perfectly happy to overwhelm India with Chinese exports, but the recent clashes between the border troops of the two countries recall Ian Fleming's novel Goldfinger -- “Once is happenstance. Twice is coincidence. The third time it’s enemy action.” Nor can Mr Modi have endeared himself to China by publicly repeating that now is the time to lure away American investors there.

Vigorously defending his government’s record over the pandemic, Mr Xi claimed in Geneva on Monday that China “acted with openness, transparency and responsibility”. He also backed the WHO’s director-general, Tedros Adhanom Ghebreyesus, whose leadership is under fire from Washington. Mr Xi will undoubtedly react angrily if the WHO really gets cracking about an “impartial”, “independent” and “comprehensive” evaluation and blames the Chinese for not taking all necessary measures to kill the disease at an early stage, or if it blames the WHO. The fat will be in the fire if on top of all this, the India-chaired World Health Assembly responds favourably to Taiwan’s desire to be heard or in some way supports the US stand on Uighurs.

In his present state of exhilaration at being involved in these looming global issues, Mr Modi is unlikely to have much time for either the South Asian Association for Regional Cooperation (whose members he organised for a recent video-conference) or NAM. Far from being part of any consultative process, both organisations are supplementary to Indian diplomacy. True, despite its own needs, India has ensured medical supplies to over 123 countries, including 59 in NAM. But the real point, as Mr Modi stressed, is that since a global crisis affects the rich and poor, developed and developing alike, it demands “a new template of globalisation based on fairness, equality, and humanity”.

This could be India’s chance of helping to shape a new world order and for Mr Modi to seize the spotlight that was once Jawaharlal Nehru’s. The problem is that it is difficult in these days of instant communications to reconcile any kind of leadership with the spectacle of hundreds of thousands of weary jobless workers trudging along India’s dusty highways in the blazing  heat, being fleeced by truck drivers, crammed like sardines into three-wheeler tempos, and every so often mown down by overloaded lorries or speeding trains. The pandemic has aggravated India’s economic plight, as it has done the world’s, but widespread distress and stark unemployment already stared India in the face.
Despite a slight improvement, India lags behind Sudan and sub-Saharan Equatorial Guinea, as well as neighbouring Bhutan, Bangladesh and Sri Lanka in global healthcare rankings. The range of differences within India, between Goa and Kerala at one end, and Assam and Uttar Pradesh at the other, does not mask the overall shortage of doctors, nurses, caring staff and hospital beds. If 80 per cent of all qualified doctors report for duty, the doctor-population ratio is 0.62:1000 against the WHO’s minimum standard of 1:1000. India’s 0.9 hospital beds per thousand is less than one-third the WHO norm of three per thousand. A primary health centre with six beds at the most caters to 30,000 people in rural areas. The less said about their quality the better.

In the 1940s, when India was one of the poorest countries in the world, an Indian, the Nizam of Hyderabad, was reckoned to be the richest. Eighty years on, India is still poor, but Asia’s richest man is the Indian tycoon, Mukesh Ambani, in whose Reliance Industries Facebook had recently invested $5.7 billion. That the deal was finalised during the ongoing coronavirus pandemic exposes the coexistence of India’s glittering wealth and grinding poverty.