The fact that work visas and access to labour markets work better was never mentioned. 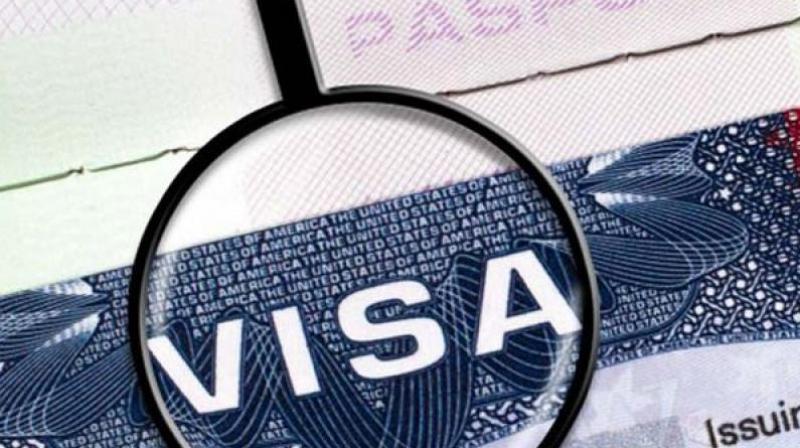 The visa, then, with the promise of mobility that it holds, is one of the few single things that has the greatest capacity to eliminate global poverty than anything else in the world. (Representational image)

In a recent report, the Centre for Global Development made a surprising and somewhat startling observation. Looking at the data from several recent studies, they noted that even the very best international development programmes to reduce global poverty could only produce outcomes that were 40 times less successful than the income gain people in poor countries experienced when their citizens were provided greater labour mobility. In simple non-economist terms, it means that visas work faster and better to reduce global poverty by a lot than even the very best international development programmes.

The visa, then, with the promise of mobility that it holds, is one of the few single things that has the greatest capacity to eliminate global poverty than anything else in the world. What is true, however, is not always popular, and this is certainly true of the visa solution. While this may be true, the extent of the discrepancy between the effectiveness of international aid programmes versus work visas is quite alarming. A study published in Science magazine reveals how intensive and highly targeted programmes directed at poor countries were successful at reducing poverty even if they were far more expensive to implement and produce. Even so, the mood of the announcement was triumphant; pricey as it may be, their study had found that international aid could work. The fact that work visas and access to labour markets work better was never mentioned.

The omission is not surprising. As another study has noted, the infrastructure of aid depends on hierarchies in which Western experts imported into impoverished environments diagnose how and what poor countries must do to escape persistent poverty.

Behind all of this, there is a hierarchy at work and it always involves donor countries and their experts being at the top. This is even more visible in public presentations of development work at this or that conference; in one example, noted in the report, an organiser had to fight to ensure that at least one Arabic speaker be included in a panel on international development in the Middle East and the North African region.

It’s not just panels and experts that are the problem; it is also the impact of these interventions on local populations. Take, for instance, the issue of “capacity building”, a term of art deployed when aid is handed out in poor communities but little improvement is seen in their metrics.

At this point, “capacity building” enters to save the day, that is, to introduce skills, such as financial management, entrepreneurship, etc that would hypothetically enable better results and prove the development programmes effective after all. Few of these “capacity-building” programmes actually deliver the promised, improved results.

The reason is simple. Contrary to the assumption that aid grants exist solely to eliminate global poverty in the world’s most wanting populations, the international aid system is also a moral hierarchy. The aid grantors are at the top; they have the most and know the best, but in addition to all that they are also morally superior, willing to grant assistance with little expectation in return. They are the world’s altruists, whose purity of purpose lends them the authority that no others possess. They can pretend that they are doing good while expecting nothing at all in return.

When this moral aspect of international aid and aid giving in general is noted, the international aid system can be recast not as a means of actually helping the poor but rather a means via which a moral hierarchy is created and maintained — the world’s wealthy, also the world’s noblest, inhabiting its summit, and the wanting at the bottom.

Seen against this, the purpose of development programmes may not actually be to reduce poverty or eliminate it but rather to enable the continued existence of this moral hierarchy. Permitting some programme of labour mobility would dismantle this structure, whose moral currency permits the West to justify wars, trade restrictions and so much else that enable the maintenance of Western dominance. Research shows that an individual’s own desire to change his or her circumstances is the best predictor of success in escaping poverty, but is often ignored.

Even while virtual platforms of communication enable organisation and discussion across national and continental boundaries and time zones, Western countries continue to rely on the archaic premises that borders are real, racial and religious difference are threats and the basis on which opportunities are distributed. It is not the lack of capacity or initiative among farmers in sub-Saharan Africa or shepherds in Ethiopia, then, that explain the persistence of global poverty, it is the inability of these people to travel freely to work where the jobs are.