Horror in NZ shows the danger of righteousness

The Christchurch shooter believed he was saving his people by eliminating Muslims, who if unchecked would one day overrun his country. 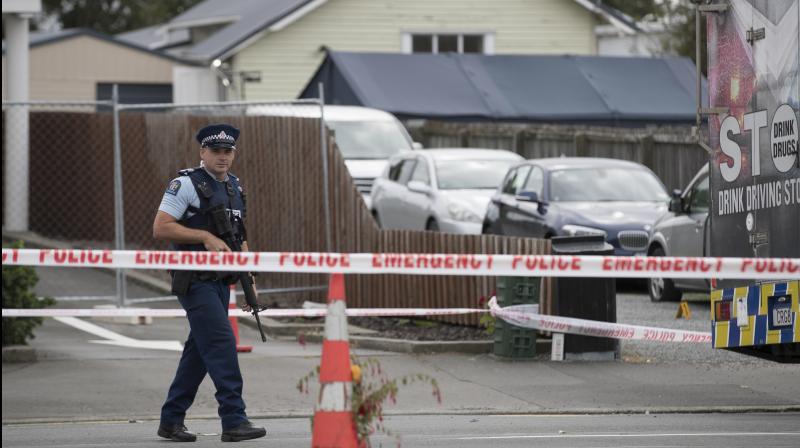 The Norwegian mass murderer Anders Behring Breivik, who was a major inspiration for the Christchurch killer, was also fuelled by righteousness. (Photo:AP)

If there is any one lesson to be learnt from the mass shooting in Christchurch, New Zealand, where a lone gunman shot dead 50 people and seriously injured 40 more, it is the danger of righteousness.

Brenton Harrison Tarrant, who carried out the mass shootings, believed he was doing the right thing by killing Muslims, whom he believed were invaders. He even justified the killing of children by arguing that the “children of invaders do not stay children, they become adults and reproduce, creating more invaders to replace your people”.

The Christchurch shooter believed he was saving his people by eliminating Muslims, who if unchecked would one day overrun his country. During his brief court appearance, he flashed a white power symbol to indicate what his actions were all about.

The Norwegian mass murderer Anders Behring Breivik, who was a major inspiration for the Christchurch killer, was also fuelled by righteousness. On July 22, 2011, Breivik had detonated a bomb and gunned down 69 people because he believed his targets — government officials and ruling Labour Party youth wing members — were traitors helping the Muslim invasion of Norway. In all he, killed 76 people and severely wounded as many as 158 others in what is now considered one of the world’s biggest massacres.

Islamophobia is one of the ideologies fuelling hatred in a number of Western countries, as well as in Australia and New Zealand. Right-wing organisations dedicated to curb the rise of Muslims have sprouted in a number of these countries, including Italy, Germany, France, the United States, and Russia. They all believe they are the vanguard of the movement aimed at protecting the original white inhabitants of their countries.

Lone killers and members of extremist organisations obsessed with real or imagined wrongs and driven by messianic zeal have rendered the world even more unpredictable and dangerous. Nothing is sacrosanct anymore, not places of prayer, schools, discotheques or markets; all such places have witnessed mass killings in our times.

Discontent is not new to mankind, nor is the feeling of being threatened by developments or forces beyond one’s control. Righteous zeal has fuelled much hatred, acts of violence, wars and genocide.

But it is only now that we have powers of immense destruction available to a single individual. And we also have the social media to advertise distorted, often violent ideologies, boast individual prowess and gloat mass murder. No surprise that the Christchurch killer had used Facebook to announce his attacks in advance and later stream the entire attack as it took place.

The world today has a plethora of subcultures united by hatred and righteousness where individuals take pride in violent acts against the perceived enemy. If the West has its mass shooters, other parts of the world have suicide bombers and well-armed terrorists forever ready to take down as many of the “enemy” as possible.

Adding to this potentially catastrophic situation is the availability of extremely lethal weaponry and explosives — machine guns, assault rifles, RDX explosives and so on. Lax gun controls in some countries such as the United States and New Zealand, and a few governments eager to spread mass mayhem, such as Pakistan’s military establishment, facilitate today’s archangels of death.

Significantly, one of the first actions of New Zealand’s Prime Minister, Jacinda Ardern, after the Christchurch shootings, was to announce that her Cabinet had agreed “in principle” to pass new gun control rules. Ms Ardern also denounced any link between Muslim immigration and violence.

Indians are no strangers to the possibility of sudden violent death perpetrated by individuals motivated by the righteousness of some cause or the other. Naxalites routinely kill hundreds as do terrorists in Jammu and Kashmir, like the suicide bomber who recently took down more than 40 CRPF jawans on a highway in Pulwama. Pakistani and Kashmiri terrorists glorify their killing missions with righteousness while their funerals are attended by thousands.

The important aspect of these mass killers is not their mental condition, as it is sometimes argued in their defence, but the pathological cultures in which they are incubated and sustained.

The subculture of white supremacists in many Western countries constitute one such toxic petri-dish. The other are the madrasas of Pakistan from where suicide bombers strapped with high explosives, and prepped by the idea of doing the Almighty’s work, routinely blow up innocent worshippers and civilians in neighbouring Afghanistan.

In most Western countries there are strong law enforcement and ideological counters to pathological subcultures, which is why they remain a small minority. Large groups intent on mass killings cannot survive for long in these countries. However, weak gun controls and lack of widespread social condemnation of extremist ideologies in a number of other countries continue to make them vulnerable to sudden outbreaks of attacks and random mass killings.

There is also an unfortunate tendency to be selective about our awareness and condemnation of mass massacres. While the Christchurch shooting hit world headlines and triggered condemnation all over, including in India, many massacres go unnoticed.

In November last year, a suicide assault on a meeting of Muslim scholars and clerics in Kabul killed 55 people and wounded 94 others. In January this year, a Taliban fanatic rammed an explosive laden vehicle into a compound leaving more than a hundred people dead. This month, mortar shelling killed 11 people and injured 95 in Kabul at a gathering to commemorate the death anniversary of a Shia leader. These killings have not made headlines here, and nor has anyone lit candles or mourned these deaths. The far greater danger arises when pathological killers armed with righteousness assume state power, as the Taliban are about to do in Afghanistan and as the Nazis had achieved in Germany.

No cause, great or small, can justify mass murder. This is an issue the world must come together to supress. For, as John Donne wrote a long time ago: “Each man's death diminishes me,/ For I am involved in mankind./ Therefore, send not to know/ For whom the bell tolls,/ It tolls for thee.”

But when will we ever learn?