Over the years, India has erred in not forcefully voicing the Gilgit-Baltistan issue in international forums. 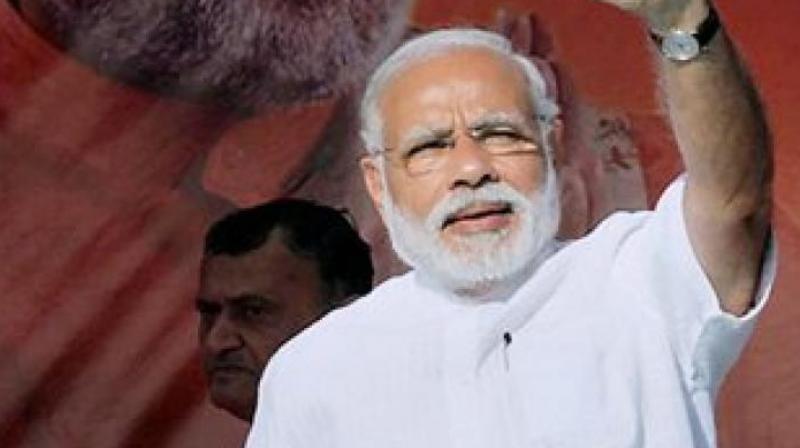 A Pakistani minister set the proverbial cat amongst India’s foreign policy establishment by announcing that Pakistan was thinking of constitutional changes to make Gilgit-Baltistan its fifth province. What are the implications of this new fracas?

Gilgit and Baltistan were given on a 60-year lease by the Maharaja of Kashmir to the British in 1935. This is incontrovertible, thus implying it was a part of the kingdom. When the British paramountcy lapsed on August 15, 1947 under the Indian Independence Act, states which till then had not acceded to India or Pakistan had full control of their territories revert to them. The Maharaja of Kashmir promptly appointed Brig. Ghansara Singh as governor of Gilgit. Following the accession by Maharaja Hari Singh to India on October 26, 1947 after Pakistani tribals and troops in disguise invaded Kashmir, two British officers, led by Maj. William Brown, reporting to British superiors still commanding the Pakistan Army, allowed if not abetted Gilgit Scouts under their command to surround the governor’s residence and on November 1 hoist the Pakistani flag at Gilgit. After obtaining reinforcements from Pakistan, they then marched on and annexed Skardu and Kargil by mid-1948.

Over the years, India has diplomatically erred in not forcefully voicing the Gilgit-Baltistan issue in international forums. Pakistan thus first turned both regions into agencies, and then in 1970 into Northern Areas Council. The current move is a third transmutation, now in response to Prime Minister Narendra Modi espousing the cause of persecuted minorities in Pakistan, including indigenous Shias of Gilgit-Baltistan, in his Republic Day address from the ramparts of the Red Fort.

The immediate reason appears to be India forcefully objecting to the China-Pakistan Economic Corridor (CPEC) traversing that region. India argues that Gilgit-Baltistan, in spite of whatever constitutional subterfuge that Pakistan adopts, is its territory under their control. The Indian Parliament adopted a resolution on February 22, 1994 that Jammu and Kashmir was an integral part of India, and that Pakistan must vacate parts of the state under its occupation.

Pakistan, first, has specific responsibility dictated in the UN Security Council resolutions on Jammu and Kashmir. For instance, UNSC Resolution 47 of April 21, 1948 in para 1(a) requires Pakistan “to secure withdrawal from the State of Jammu and Kashmir of tribesmen and Pakistani nationals not normally resident there…”. In breach of this in the past, Pakistan has not only not withdrawn its Army but at least since the government of Gen. Zia-ul Haq has forced demographic changes by pushing in Sunni outsiders.

Further, confirming that Gilgit-Baltistan is a disputed territory are clauses in the 1963 agreement between China and Pakistan by which the latter ceded to China the Shaksgam Valley, also known as the Trans-Karokaram Tract. As per those clauses, the agreement is subject to final settlement of the disputed area between India and Pakistan. Thus, it is surprising that by a domestic constitutional sleight of hand Pakistan thinks it can alter the legal status of that territory.

What then are India’s options? One is to protest diplomatically, which India has already done. India could, but is normally chary of involving the UN in the issue, as Pakistan is breaching existing UNSC resolutions. Tactically, India avoids internationalisation of India-Pakistan issues as the bilateral mode enables India to retain control over options. China likewise resists the South China Sea dispute even being discussed in a regional association like Asean, seeking bilateral discussions with Asean members having rival claims.

Contradictory signals from both India and Pakistan have been seen over the past few months. The new Pakistani Army chief has avoided public rhetoric and been generally in line with the Nawaz Sharif government. The detention of Hafiz Saeed has raised some hope that Pakistan may eventually be controlling India-specific terror groups. India too had begun, in the midst of the Uttar Pradesh electoral developments, to allow a gradual resumption of contacts — the latest being a group of members of Parliament to visit Pakistan.

However, as often in the past on both sides, the intelligence agencies can derail processes with their own pathologies dictating actions. Two clerics of the Hazrat Nizamuddin dargah, one being its head Asif Ali Nizami, suddenly went missing when boarding a flight at Lahore airport for Karachi. What made the issue curious was that this could not have happened without the knowledge or intervention of Pakistani security agencies, which have been on high alert in their Punjab. It turns out that they had indeed been detained by intelligence agencies suspecting their link to Muttahida Qaumi Movement (MQM) of Altaf Hussain.

Meanwhile, Pakistan’s Army chief Gen. Qamar Javed Bajwa began a three-day visit to China. This is his first visit after taking over. Chinese foreign minister Wang Yi, during the call on him by Gen. Bajwa, said that China appreciates Pakistan’s efforts to maintain healthy relations with its neighbours, including India and Afghanistan. Mr Yi also lauded Pakistani support to the “One Belt One Road” project, of which the China-Pakistan Economic Corridor is one offshoot. This puts the onus on India as the one responsible for tension if any in the region.

Perhaps Prime Minister Narendra Modi was already tweaking his Pakistan policy as evidenced by calibrated resumption of contacts at the non-governmental level. But his challenge will be how to adjust his domestic political compulsions to the imperatives of foreign policy. For instance, the crowning of Yogi Adiyanath as the new chief minister in Lucknow augurs poorly for communal harmony in UP, as indeed for relations with Islamic nations. Domestic and foreign policies cannot be in separate silos, in conflict with each other. To harmoniously blend them will determine the success or failure, particularly in the neighbourhood, of Mr Modi as a statesman.