Shobhaa De | Women walk taller… But what if Ramani had lost? 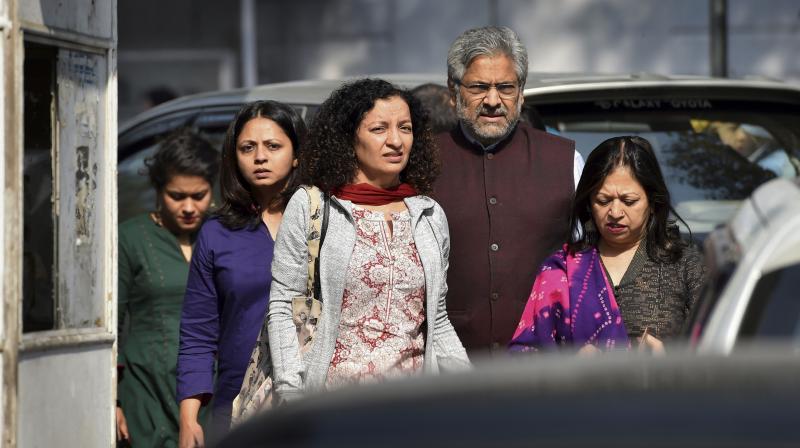 The court in this remarkable verdict has emphasised that there is no time bar for speaking out. A woman is entitled to do so decades later, if she so chooses. (PTI file photo/Ravi Choudhary)

The temptation to gloat at this very moment is pretty darn overwhelming. I’m sure millions of women across India (and possibly the world) are viewing journalist Priya Ramani’s acquittal by a Delhi court in a criminal defamation case filed by former Union minister/ journalist/author M.J. Akbar as a personal victory. It was a goosebumps-inducing historic few minutes for those present at Delhi’s Rouse Avenue courts on Wednesday as Ravindra Dubey, additional chief metropolitan magistrate, pointed out what should have been obvious to everybody all along -- that even a person of high social standing can be a sexual harasser and a woman cannot be punished for raising instances of abuse decades later. The irony of that significant observation is not lost on anyone, given that Priya Ramani was the accused in this case, and had to fight valiantly for her truth to be established in court! And yes -- as in most such cases, it is men (and more infrequently, women) “of high social standing” who are guilty of misusing this very “social standing”, secure and complacent in the belief that nothing and no one can touch them because of it.

Well, a plucky woman, Priya Ramani, and her equally plucky lawyer, Rebecca John, just threw that smug self-assurance into the dustbin. Good on you, ladies! What I appreciated the most was the sobriety and restraint displayed by both women as soon as the verdict was delivered (M.J. Akbar was surrounded by dozens of policemen, while Priya had all the women of India behind her). In Priya Ramani’s place, I know I would have behaved most indecorously, immaturely and irrepressibly. I might have broken into a victory dance or something silly and spoken to the media between sobs of relief. Priya and Rebecca must know what this victory and acquittal signifies for women -- it is like the biggest validation of all times! It shows one thing unequivocally -- women matter. Their voices matter. Their hurts, pain, humiliation and subjugation matter! None of it can be ignored or devalued. For centuries, a woman’s “virtue” has been equated with her “value”. If a woman’s “purity” is defiled -- her market worth crashes. Even if it’s she who has been at the receiving end of sexual harassment! It is the perpetrator who generally wins! When after she has been raped, tortured and brutalised… because society decides “women always ask for it”.

With this important verdict, all of a sudden, women are experiencing a surge of confidence. They are walking taller, heads held high. Courage they have never lacked! Just the thought that they will get a fair hearing, is enough for now. The silence of victims has been misread as weakness. Worse, it has been equated with consent and compliance. Ravindra Dubey spoke on behalf of many men who share the sentiments expressed in the verdict but dare not go public with their pro-women views. Why? Because they fear the wrath of other men and are scared of being mocked by a hyper-macho, over-patriarchal system that entitles men to bully and browbeat women -- no questions asked.

Often it is the unalloyed arrogance of men in power (I refuse to call them “powerful men” -- they are anything but!) that makes them believe in their own invincibility. Here’s my theory for what it’s worth: M.J. Akbar overplayed his card. Plus, he was badly advised by his mighty legal team. He probably thought he could turn the tables on Priya Ramani and crush her with formidable money power and political clout. Who was she, after all? That’s the way mediocre minds function. One expected M.J. Akbar to be a shrewder strategist. Like some of his contemporaries, who ducked under the radar, and waited for the #MeToo storm to blow over. Today, hardly anybody remembers who they were -- and nobody cares! The momentum is long over. People have moved on. And those very same men are carrying on with their lives like nothing ever happened. A few are still lying low, perhaps hoping their accusers have “forgotten”, preferably “forgiven”. Dream on! No Sir… Women do not forget. Never! Some are unable to fight back, others too emotionally drained to rage on. But no woman forgets the face of her abuser or his despicable abuse, till her last breath.

The court in this remarkable verdict has emphasised that there is no time bar for speaking out. A woman is entitled to do so decades later, if she so chooses. In no way does that diminish her truth.

“A woman cannot be punished for raising her voice,” the court said. But she is! Often, with extreme punishment -- rape and murder. Then comes the question of her “rights” -- what rights? Those are enshrined in our Constitution -- but does anybody bother with these rights when women across the board face the worst form of torment? Priya Ramani spoke for working women everywhere when she outed M.J. Akbar -- her boss in the 1990s. I wrote four impassioned columns at the time, and was asked to “calm down”, mostly by men of his generation, some of whom had faced similar charges in the media and had denied them. Most of the Bollywood men accused during the height of the #MeToo movement are back in the studios, chastened for now, but certainly not sensitised. It’s just that they don’t want to be caught with their pants down -- not that they see anything wrong with sexual harassment per se. It’s the same power trip as the one M.J. Akbar imagined would insulate him when he tried to put Priya Ramani on the back foot by suing her for defamation. The point is: A man’s reputation has to be impeccable to have the guts to sue a woman for tarnishing it. That’s really rich, in this case, considering the court accepted advocate Rebecca Jacob’s argument that M.J. Akbar’s reputation was far from “stellar”. Bravo!

“Right of reputation can’t be protected at the cost of life and dignity of the woman…” Yessssss! So … all the “powerful” men cowering at the moment at the thought of the repercussions of this verdict -- cower away. It’s your turn next!

“… But what if Priya Ramani had lost?”