While India would be happy with the tone and tenor on China, though what the new China containment strategy will be is still unclear 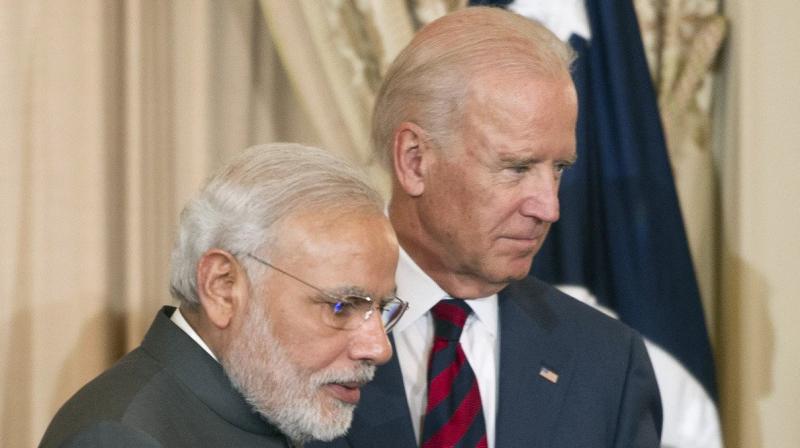 Peace at home, constitutionalism, rule of law and respect for human rights is a precondition to any genuine partnership abroad with major democracies recovering from the right-wing onslaught on their institutions. (Photo:AP)

President Joe Biden takes over America’s presidency under unprecedented circumstances. It is only the fourth time in US history that the outgoing leader refused to attend his successor’s inauguration, all earlier examples being from the nineteenth century. The transition has been disorderly, to say the least, despite the US facing a serious spike in Covid-19 cases, with over 400,000 dead and the economy slowing down. Domestic challenges are rivalled by those abroad as the Trumpian foreign policy legacy is equally fractious.

While Biden’s nominees to head the state and defence departments and the CIA are all well-known individuals, their depositions before Senate committees a day before the inauguration give an insight into the new administration’s thinking. Antony Blinken, the incoming secretary of state, began with his personal story as the descendant of those who either fled Soviet pogroms or Nazi concentration camps. He ended with the touching tale about his late stepfather, hiding in a bush as disarray descended with Allied troops advancing into Germany in 1945, stepped out on seeing a tank with a five-pointed white star and told the African-American GI emerging from its turret the only three English words his mother taught him: “God bless America”.

These anecdotes bolstered Blinken’s argument that the US must lead the world “not only by the example of our power, but by the power of our example”. He listed the most pressing challenges as rising nationalism, receding democracy, growing rivalry from “China, and Russia and other authoritarian states, mounting a threat to a stable and open international system”. He also noted “a technological revolution” was reshaping our lives. If the US doesn’t lead, he said, “there can be only two outcomes: another nation will step in or none will, and chaos shall ensue”.

On specifics, Blinken argued the US must defeat Covid-19, outcompete China and take the lead in tackling climate change. President Biden is likely to take action on all three fronts the very first day. The US will rejoin the Paris climate agreement, return to the World Health Organisation, reverse travel bans on select Muslim nations and reach out to alienated allies. But he singled out China as the most significant challenge. Therefore, President Trump was right in the direction of his China policy, but wrong in the means he chose.

The defence secretary-designate, Gen. Lloyd Austin (Retd), talked about India’s near western neighbourhood. While he reiterated the US resolve to withdraw troops from Afghanistan, he qualified it, as Trump avoided doing, by saying safeguarding the gains in women’s rights, etc, must be a precondition to a final settlement. On Pakistan, he seemed to regress to old formulations like underscoring its importance to Afghan peace and regional stability.

Blinken also singled out democracy and human rights as central to the Biden administration’s global outreach. Thus overall, while India would be happy with the tone and tenor on China, though what the new China containment strategy will be is still unclear, it would be cautious about Pakistan again getting more wriggle room. But New Delhi can’t take the talk about human rights lightly. It was speculated whether the sudden early retirement of a bureaucrat close to Prime Minister Narendra Modi and his induction into Uttar Pradesh politics is not a first step in curbing the zeal of UP chief minister Yogi Adityanath in pursuing a majoritarian agenda and intolerance towards anyone criticising him. A comedian’s being detained for perceived insult raises questions about freedom of speech being curbed. The four-year free pass the government got on this count is now over. This is happening as the BJP prepares for a no-holds-barred electoral fight in West Bengal, and when the farmers’ protests at Delhi’s main entry points is nearing two months.

In Britain, the farmers’ protests led to 100 MPs, across party lines, raising concern. A similar move can’t be ruled out in Washington, with Democrats now controlling both Houses. External affairs minister S. Jaishankar had earlier drawn the ire of a congressional committee by illogically seeking the exclusion of Congresswoman Pramila Jayapal from a meeting he was to attend as she had been critical of the government’s actions in Kashmir, including Article 370’s abrogation. She has been re-elected and may revisit that issue and now new ones like the farmers’ protests.

President Donald Trump’s administration poisoned US foreign policy well before departure by ramping up sanctions against Iran, raising the level of ties with Taiwan, declaring China’s actions against Uighurs as genocide, etc. The aim was possibly to reduce Biden’s strategic space to re-balance ties with those nations, or if he did so make him vulnerable to attacks over being soft on perceived antagonists. Interestingly, like the debate over Modi having gone overboard with his Houston rally with Trump, thus sowing seeds of distrust amongst Democrats, Australian PM Scott Morrison is being similarly excoriated. He attended a rally with Trump in Ohio and Opposition leader Anthony Albanese is calling it a foolish alignment with a losing candidate.

But the key question is whether Biden, with eight years as President Barack Obama’s deputy and decades in the US Senate, can return the US and the world to its pre-pandemic, pre-Trump order. That seems unlikely both because China’s rise, if anything, has been accelerated by the current global crises and also as Biden has a domestic right-wing insurgency on his hands, which Trump may continue to pour fuel on from his perch in Florida. Liberal internationalism needs re-invention. A post-Brexit and weakened British PM Boris Johnson has proposed a “D-10”, a grouping of the G-7 plus three other democracies: India, South Korea and Australia. The US must reassess how to counter China’s success in getting two groups off the ground after Trump’s defeat: Regional Comprehensive Economic Partnership and the Europe-China investment agreement. Will Biden re-engage with the new version of the Trans-Pacific Partnership, which Trump walked out of. India just joined the UN Security Council for a two-year term. Will the Biden administration’s revived interest in international institutions enable India to use its membership to push for UNSC reforms and curb the rising penetration of China in UN bodies.

None of this is possible unless the BJP takes a hard look at its domestic politics since Modi’s 2019 re-election. Peace at home, constitutionalism, rule of law and respect for human rights is a precondition to any genuine partnership abroad with major democracies recovering from the right-wing onslaught on their institutions.