The role of social media in the current framework is not quite as simple, but whether they are completely hands-off is debatable 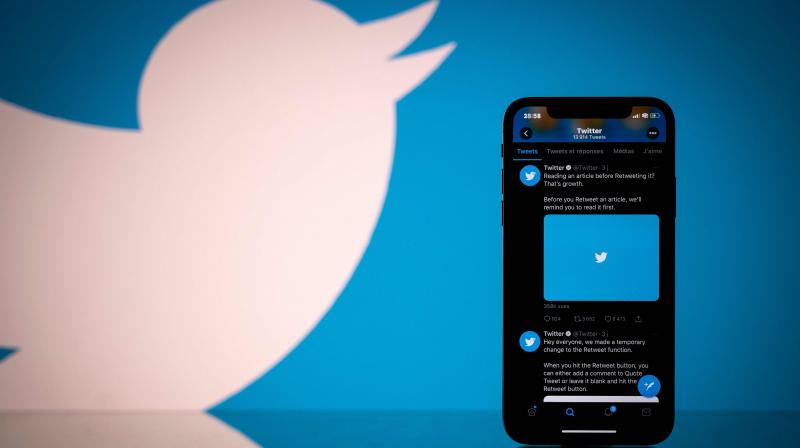 Twitter’s India experience also could fortify the brewing idea that after decades of enjoying the status of being the most unregulated and unfettered among modern media technologies, the social media’s growth may be cooling off. (AFP)

Twitter, the micro-blogging giant, is no longer the hubless network of global chatter that its model would appear to indicate. After it failed to appoint a full-time officer in charge of compliance in India, its country managing director will be criminally liable for inflammatory or hateful remarks on the platform. In real terms, this means that the social media platform will now be responsible for what the Twitterati say. Not complying with one of the rules mandated by the Indian government has cost Twitter dearly, as it lost the very legal cover that would have enabled it to be treated as an intermediary. Intervention itself could come in the way of intermediary status.

Social media platforms have claimed to be common carriers, or hands-off intermediaries. Section 79 of the Information Technology Act offers a legal shield so long as Twitter remains an intermediary -- when it does not initiate message transmission, does not select the receiver, and does not modify the message. The loss of the “safe harbour” offered under Section 79 -- perhaps the first such experience in the world -- means that the essence of the business model of the social media has come crashing down. As with any house of cards, this crash was just waiting to happen. Arguably, a company’s vulnerability is at its peak when a nation’s political values are being rewritten.

A newspaper editor’s job is to act as a “gatekeeper”, assigning various pages, positions, lengths and levels of prominence to news stories. Unlike a legacy editor, a social media platform does not edit the content of what we write. It is far more democratic in that way than a newspaper. The role of social media intermediaries in the current framework is not quite as simple, but whether they are completely hands-off is debatable. Whether in the way algorithms are written, or the level of engagement, or other protocols, there is a process of message prioritisation that essentially means one message can attain more visibility than another. Syllogistically, assigning prominence to some content over other content should be seen as a form of editorial intervention.

This form of editorialisation, however indirect and driven mainly by those who wrote the programmes, means that the social media business model that is fed to us -- that the social media is truly a free marketplace of ideas -- should be questioned. Users may assume that because of the sheer volumes, their posts have the same chance of visibility and impact as their neighbour’s. Have social media platforms been transparent with us about how it all really works, and whether it is simply an organic process like Darwin’s theory of natural selection?

But the concern for the billions of social media users is much larger. Regulation comes at the price of more, not less, intervention. Liberal policies in a democracy implicitly must assume one factor that really is debatable: “fairness”. If a government tangles with private players and creates a shield of opacity from regular folks, it is unfair to the spirit of democracy. In the same spirit, is it fair to hold a company responsible for what its users do? After all, users are not employees of the company. Would the police charge the bicycle manufacturer for a rider who chooses to ride illegally on the wrong side of the road?

The difference is that in a social media model, the company and the user are bound by a trapeze-like relationship, bound to each other for a critical moment of usage. So, could the answer be an openly stated pre facto intervention? The problem with taking responsibility for content someone else creates is that any damage can only be mitigated after it is done. We may not have reached the stage of being able to prevent an impending message in time (although efforts in that direction could be ongoing). But if it were and Twitter did intervene before a tweet goes public, it would still lose its status as an intermediary. Perhaps as a first step in a precautionary method, Twitter could filter out the bots and fake profiles. Flagging posts for dubious content was always a great idea, but can it be pre facto and more transparent? If intervention is needed, should Twitter’s editorial job then be limited to accepting or rejecting posts?

It will be naïve to assume that everything will go according to the spirit of the law. Twitter will now be an easier target for those who find a post inconvenient, and when users find that their legal responsibility is indirect at best, one wonders whether bad content will be prone to sink even further. In the Ghaziabad incident on the heels of the loss of Twitter’s indemnity, the Uttar Pradesh police named the company and some of its users in a First Information Report, accusing it of circulating a fake video. This means that the police has assumed a broader scope of culpability, holding both the platform and its users liable.

Twitter may therefore need a new operational model. Twitter’s India experience also could fortify the brewing idea that after decades of enjoying the status of being the most unregulated and unfettered among modern media technologies, the social media’s growth may be cooling off. A report predicted these trends from nearly three years ago: An Oxford University-Reuters Institute for the Study of Journalism’s Digital News Report had reported back in 2018 that for the first time since the phenomenon began, among users in 37 countries across continents (not including India, albeit), the dependence on social media for news consumption had showed a decline.

It is indeed “astounding”, as information technology minister Ravi Shankar Prasad pointed out, that an entity that projects itself as the flag-bearer of free speech should defy the law. That observation, however, should apply to governments and private corporations alike. Governments that promote nationalistic narratives, and the societies that are hegemonised into those narratives, prefer images, walls and controls. The new rule is a flag-bearer of that philosophy. Now we can expect less inconvenient chatter from the Twitterati. Free speech is illusory anyway, and if social media giants were to deny that any form of control exists, whether political or not, it would be a little rich. These platforms have been our public dhobi ghats for dirty linen. But it seems that is not how we prefer it.