May on borrowed time, UK needs a new leader

Beyond Ms May’s fate lies the portentous question of the crisis facing the British political system. 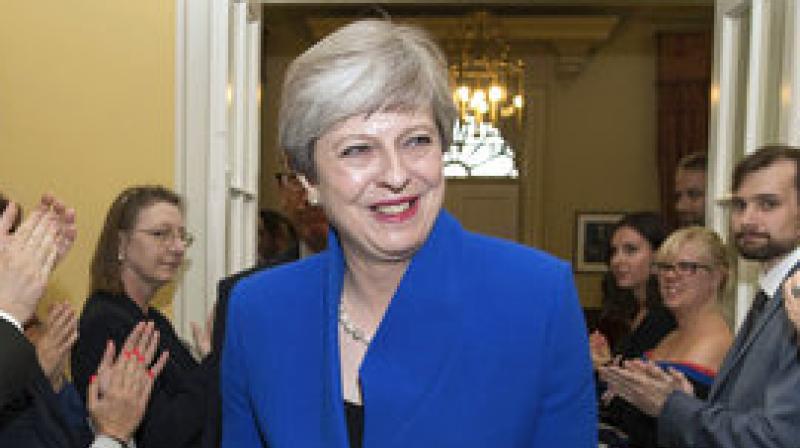 Two consequences flow from British Prime Minister Theresa May’s disastrous snap election she called to strengthen her hands in negotiations on leaving the European Union (EU). She is living on borrowed time and her country faces its gravest crisis in the modern era.

Contrary to her hopes, Ms May lost her parliamentary majority, but rejuvenated the Opposition Labour Party, with Mr Jeremy Corbyn claiming victory in augmenting his party’s strength by enthusing youth who want to stay in Europe and promising an end to austerity. Given his extreme views, Mr Corbyn was recognised as the unelectable Prime Minister.

After Mr David Cameron resigned on losing the referendum on staying in the European Union, Ms May presented herself as the new decisive leader boldly declaring that “Brexit [leaving Europe] means Brexit” and she let it be known that she favoured a “hard Brexit”, signifying leaving the common market to safeguard her country’s control over migrants.

Today she appears as a tragic figure, rather than the reincarnation of the indomitable Margaret Thatcher, dependent upon the support of Northern Ireland’s 10 MPs to scrape a majority. Even as she is beholden to Tory grandees cheering Brexit, others in the party are suggesting that leaving the single market, the largest trading partner, would prove too expensive and the country should opt for a “soft Brexit” – that is, sacrifice control over European migrants for survival. Talks with the European Union are set to begin today even as EU leaders are expressing frustration.

Beyond Ms May’s fate lies the portentous question of the crisis facing the British political system. The first-past-the-post system that India inherited from Britain has traditionally led to a two-party system, unlike in continental European practice of proportional representation, making coalitions easier to assemble. Yet the UK practice seems inadequate to new emerging trends, with the Conservatives deeply split, Labour deeply divided and the young not confining themselves to old party divisions. By and large, the last category is pro-EU because of the greater opportunities on offer.

Since Ms May triggered the mechanism on leaving the EU in March, there is a two-year limit on completing negotiations, an impossible task, experts say. But Ms May’s team will enter negotiations in Brussels on Monday with a much weaker hand, with the British position still to be fleshed out.

It is useful to recall the events that led to the present crisis. Former Prime Minister David Cameron promised a yes/no referendum on EU to sue for peace in his party. When he acted upon his promise, he and the world were shocked to discover that he had lost narrowly to the “no” vote for a variety of reasons. The consequences of this folly are unfolding every day, with the British authorities discovering the enormity of their loss, with London staring at the prospect of losing its enviable role as the pole of international banking and exchange.

The best outcome one can hope for is a reversal of Britain’s decision to leave the EU in another referendum, but since such an outcome is unimaginable, with Tory Brexit grandees sharpening their lives, the country must live with the consequences of their folly.

The problem is in part psychological. Many Britons have never felt they are part of Europe. They view themselves as superior and, given the history of past centuries, having been the most successful of European conquerors, India being the jewel in the crown. And they have chafed at the largely faceless bureaucrats in Brussels making policies and decisions for their country.

After the end of the Second World War, exhausted by the effort and sacrifices involved, Britain was happy to hand over what remained of its empire to the United States, deriving some satisfaction from being Washington’s chief adviser. That the UK had built a special relationship with the US is a given even acknowledged by mercurial President Donald Trump. But despite its own perception, Britain belongs to Europe and must find its salvation in the European setting.

How long Ms May will carry on with a fragile coalition, even if it materialises, remains to be seen. But it is imperative for thinking Britons to look at the long-term future. Given the new players in the field and the orientation of the young, is it time to move to the continental system of proportional representation? Second, how best can leaders face serious problems presented by the UK’s place in the 21st century?

It is doubtful whether Ms May can lead her country to a new future or even whether she will be in office as and when the final deal with the EU is signed. Rather, it is time for soul-searching in the Conservative Party. For Labour, the problem with Mr Corbyn, despite his vigorous campaigning, is how to rescue the party from a hard-left leader who can never hope to be Prime Minister.

To look at the brighter side. Britons have shown themselves as a highly talented and resilient people with a knack of getting themselves out of deep holes. Since Ms May is virtually a leader spoken of in past terms, a new leader needs to emerge from the shadows. Who that leader will be is for Britons to discover and follow. But immediate discussions on Brexit will not take away the urgency of framing a long-term goal.

Perhaps Britons’ sense of humour will save the country from reaching a dead end.

First, they must seriously look at proportional representation as a partial answer to a changing Britain. The days when Mrs Thatcher extracted big concessions from the EU proverbially on the strength of waving her umbrella are gone.

In a sense, it is a new European world, with Germany at the top of the ladder and a vital new leader in France giving new hope for the continent not only to survive but prosper with an unpredictable leader of the world’s most powerful country whistling in the dark.