Ashwani Kumar who quit the Congress last week, spoke eloquently about how the Congress policies did not reflect the national mood 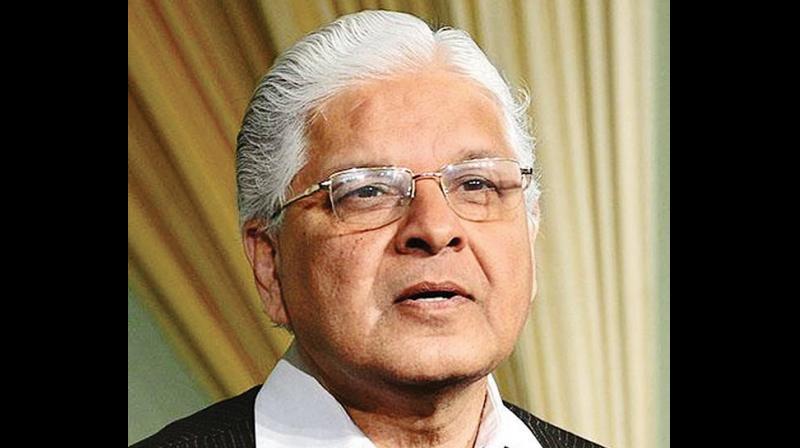 As Madhya Pradesh chief minister, senior Congress leader Digvijaya Singh had acquired a reputation for creating fissures in the state’s political families. The tensions between his mentor Arjun Singh and son Ajay were said to be Digvijaya Singh’s handiwork. The late Amar Singh was also known for the same. He was said to be responsible for the 2017 split in Mulayum Singh Yadav’s extended parivar. The BJP is the latest entrant to this club. Home minister Amit Shah recently disclosed that he had called up DMK MP Kanimozhi to wish her on her birthday. Similarly, he also rang up Trinamul Congress MP Abhishek Banerjee.

Both Kanimozhi and Abhishek are having trouble with their respective party leaders. Earlier, the BJP had managed to snare Mulayum Singh Yadav’s estranged daughter-in-law Aparna Yadav. She joined the BJP shortly before the Uttar Pradesh Assembly polls. And then there is the case of Chirag Paswan, Ram Vilas Paswan’s son, whose uncle Pashupati Nath Paras was persuaded to ditch his nephew and join forces with the BJP.

Ever since R.P.N. Singh quit the Congress to join the Bharatiya Janata Party, it is being whispered that whoever is allotted the room occupied by the former office bearer at the Akbar Road party office either leaves or is divested of his or her position. Haryana leader Birendra Singh once functioned out of this room. He left the Congress and moved to the BJP when he was denied a Cabinet berth in the Manmohan Singh government. Party general secretary Shakeel Ahmed, another occupant of this room, has been sidelined by the party while Asha Kumari, also an office bearer, is nowhere on the scene. Rajni Patil, Rajya Sabha MP and party in charge of Jammu and Kashmir, moved to the room but gave it up soon, probably after she heard about the fate of the previous occupants. The space has now been allotted to Raghu Sharma, in charge of Gujarat.

If the Bharatiya Janata Party in Punjab has been let down by Bollywood actor and Gurdaspur MP Sunny Deol, the Congress has its own share of issues with actor Sonu Sood. While Mr Deol has failed to turn up for the party’s poll campaign despite pleas from BJP workers, Mr Sood has not gone beyond canvassing for his sister Malavika who is the Congress candidate from Moga.

When Mr Sood publicly declared his support for the Congress, an ecstatic state party president Navjot Singh Sidhu had described his decision as a “game changer”. Mr Sood had earned considerable goodwill from the public for the help he offered to people in distress during lockdown. Besides opening his Mumbai hotel for frontline warriors, he also launched a food distribution drive for migrants and other needy people. The Congress had hoped that Mr Sood would help drum up support for the party by campaigning across the state for the party. The Congress was particularly encouraged when Mr Sood released a video endorsing Charanjit Singh Channi as the party’s chief ministerial candidate. However, Mr Sood disappointed everyone as he has remained focused on his sister’s constituency and some areas around it.

West Bengal chief minister and Trinamul Congress chief Mamata Banerjee’s high-profile nephew Abhishek Banerjee finds himself in the same position as former Congress president Rahul Gandhi: both want to ease out the old guard in their respective parties and bring in younger leaders who are loyal to them.

Unlike Rahul Gandhi, who has the unstinted support of his mother and Congress president Sonia Gandhi, Abhishek was cut to size by his party supremo Mamata Banerjee. Poll strategist Prashant Kishor was also effectively sidelined as Abhishek was said to be acting at his behest. Mamata quickly took charge, dissolved the national office bearers committee and constituted a 20-member national working committee to oversee the party’s functioning. Interestingly, recent entrants to the party like Sushmita Dev and Luizinho Faleiro, who were brought in by the Abhishek-Kishor team, were not included in this committee.

Trinamul insiders maintain that Abhishek overplayed his hand as he owes his standing in the party to Mamata Banerjee and that he would find it difficult to win his Lok Sabha seat without his aunt’s backing.

Congress leaders who have left the party in the recent past invariably take a high moral stand about their decision. For instance, former Union minister Ashwani Kumar who quit the Congress last week, spoke eloquently about how the Congress policies did not reflect the national mood and failed to provide “transformative” leadership to the country. But the real story is something else.

Reasons for their resignation vary from denial of a plum party post, a Rajya Sabha seat or a ticket in an election. Ashwani Kumar is learnt to have called it quits after his son was not given a ticket in the upcoming Punjab Assembly election. It is the same story with former Punjab Congress chief H.S. Hanspal who left the party and joined the Aam Aadmi Party because his son was denied a ticket. Once a diehard loyalist, Ghulam Nabi Azad became a dissident only after he did not get another Rajya Sabha term.