It should take forward big, bold reforms and root for policy predictability and stability 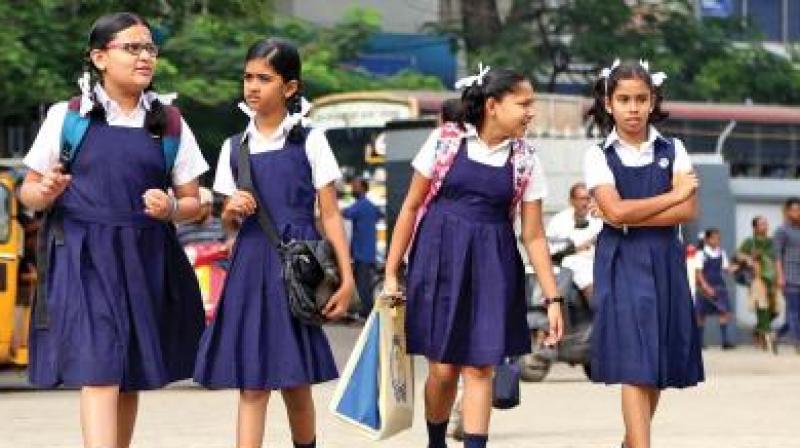 Public spending on education must increase from 4.43 per cent to six per cent of GDP in the next three-four years. (Representational Image/ DC)

The forthcoming Union Budget should lay strong foundations to make this decadal growth ambition a reality. It should take forward big, bold reforms and root for policy predictability and stability. Continued higher capital expenditure till a broad-based recovery in private investment and consumption is also important.
In my view, there are eight critical areas to build the foundation for growth, for which this Budget should set the direction.

The first is healthcare. Besides being crucial for the health and well-being of its citizens, a robust public health system is critical for a nation’s investment attractiveness and economic resilience. Low government health expenditure leads to higher per capita out-of-pocket expenditure, impacting disposable incomes and access to healthcare. India has one of the highest levels of out-of-pocket health expenditure globally. Therefore, India must increase its public expenditure on healthcare from the current 1.3 per cent to 2.5-3 per cent of GDP by 2025. More capital resources should be deployed towards sprucing up the digital healthcare infrastructure and towards PPP models to build health infra in rural and semi-urban areas and Tier-2 and Tier-3 cities.

The second is education. As the knowledge and technology intensity of the economy increases in a post-pandemic world, a robust education system is the key to sustained high, inclusive growth. Public spending on education must increase from 4.43 per cent to six per cent of GDP in the next three-four years. Public expenditure should increase at all levels of education. Digital education must be leveraged, and all future economic policies as well as education and digitisation policies should address the issues of inequality and digital divide in education underscored by the pandemic.

Third, one of the most important aspects to consider in the Budget is to continue and expand public investment in sectors like infrastructure to revive demand and create jobs. The states should also be incentivised to focus on infrastructure-focused capital expenditure.

The government should list out the shelf-ready projects, that are in the Infrastructure Pipeline (NIP), for early implementation. A special advisory group could be established to create a shortlist of projects, that can be subject to an accelerated delivery process. Actionable intervention by the government such as work on smart cities, early operationalisation of freight corridors and industrial corridors must be expedited.

The infrastructure sector, with a multiplier impact on the rest of the economy, also requires intervention, to improve and diversify sources of financing. The government may consider developing the municipal bond market, so urban local bodies can raise funds to invest in infrastructure.

The fourth area is rejuvenating rural demand. The holistic focus on the rural economy, covering both farm and non-farm sectors, is important to enhance the competitiveness of agriculture and boost consumption demand. We need to step up investment in agri-infrastructure like cold chain, warehousing, logistics and irrigation, which would improve rural connectivity and demand in rural areas.

Allocations could also be increased under the Pradhan Mantri Gram Sadak Yojana (PMGSY), to speed up construction of rural roads and improve connectivity of villages with rural roads and mandis. The MGNREGA allocation should be increased to Rs 1 lakh crores in the next fiscal year, considering that MNREGA is a vital social safety net for rural residents and migrants impacted by the pandemic.

The Budget could also announce a mission on measuring and reducing cost of doing business. This should compare and mitigate India’s cost disadvantages vis-à-vis the top 20-30 manufacturing economies. An index could be developed for states, encouraging them to measure and address the factors impacting the cost of doing business. This will encourage domestic investments, and help India benefit from the global supply chain diversification, bringing in FDI. It will also boost the competitiveness of India’s merchandise exports.

The sixth area is working towards establishing leadership in technology and R&D. India needs a well-strategised and synchronised approach towards technology. CII suggests setting up an overarching Technology Commission of India to coordinate, integrate, synergise and manage all technology-related strategy, funding, policy, deployment, and public-private partnerships.

To start with, a Technology Fund could be created, for promoting public-private partnerships in some high priority sectors. Through this fund, the government could fund R&D and innovation projects, with the private sector contributing 60 per cent and 40 per cent coming from this government fund.

Unlike global practice, in India government funding for research is given mainly to autonomous public R&D institutes. The government should consider providing research funding to private academic institutions as well, on a competitive basis. This will add another important lever to the country’s research output.

The seventh area is trade and exports. It is crucial for India to step up its engagement with the rest of the world and gain greater access to markets. The current thrust on FTAs is a welcome move. In addition, a globally competitive tariff structure will help Indian industry integrate into global value chains and become competitive. The Budget could explore a graded roadmap to a three-tiered tariff structure, over a period of three years. This could comprise of the lowest or nil slab for inputs or raw materials, 2.5-5 per cent for intermediates, and final products in the standard slab with exception given to only a few products.

Further, Ease of Doing Business interventions such as simplification of forms and documents, streamlining the processes across agencies to facilitate Web-based filing and verification of documents, and time-bound approvals for different trade activities should be facilitated. To reduce cost of compliance, the government should also move towards self-certification as the primary mode of regulatory compliance, with checks in the form of audits and penalties. At a time when around 90 per cent of industry is compliant or is ready to be compliant, it would be beneficial to all to permit self-certification.

The eighth area is sustainability. India has made bold and ambitious commitments at COP26, including achieving Net Zero by 2070. The government should create an agency to dedicatedly examine a roadmap to achieve these goals as well as the challenges of adoption, financing and creation of clean technologies.