Tackling global poverty: Do the poor get a voice?

Banerjee and Duflo teach at the Massachusetts Institute of Technology and Kramer is at Harvard University. 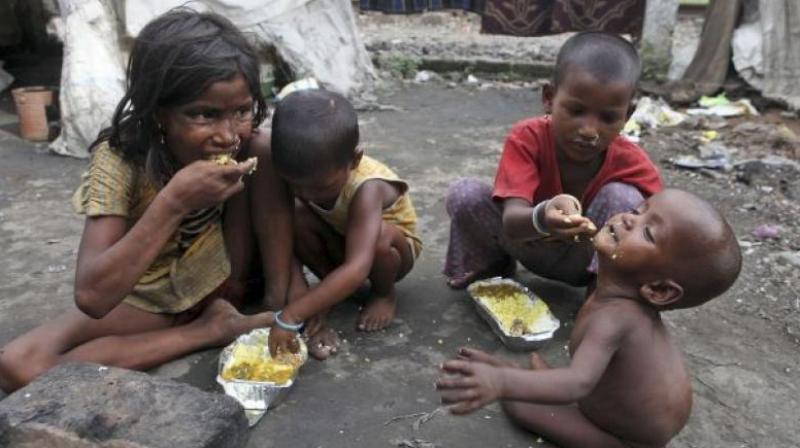 The best policies mean little if the implementation on the ground is poor. (Photo: AP/Representational Image)

Researching poverty has always been a tricky, controversial affair. There is no consensus among policymakers, nor economists, on how to count the poor, nor on what really helps the poor.

Are so many people poor only because we have a system that is inherently biased against them and diverts available resources away from them? Is there a magic bullet to resolve the structural issues that condemn millions to poverty? Who speaks for the poor? Do the poor have a voice in debates about global poverty?

These questions are not new.

The political debate on why so many of the poor remain poor, how they got there, as well as how best to help them is likely to  continue despite this year’s Nobel  Memorial Prize for Economic Sciences to Abhijit Banerjee, his wife and colleague Esther Duflo and Michael Kremer for their experimental approach to alleviating global poverty.

Banerjee and Duflo teach at the Massachusetts Institute of Technology and Kramer is at Harvard University. In 2003, Banerjee founded the Abdul Latif Jameel Poverty Action Lab, better known as J-PAL, along with Esther Duflo and Sendhil Mullainathan, and their work has been hugely influential.

But as we all know, neither research nor policy by themselves can eradicate poverty. The best policies mean little if the implementation on the ground is poor.

Banerjee, Duflo and Kremer  got the Nobel for their work on randomised control trials (RCT), which has its origins in medical science,  but which  is now used for public policies on a range of issues, including poverty eradication, better learning outcomes and health and education, thanks greatly to
their efforts.

As an ordinary Indian, I am thrilled that an Indian-born economist is part of the trio that received such an honour. I am not an economist nor an expert on randomised controlled trials (RCT) and don’t find it necessary to pronounce a verdict on the validity or
otherwise of RCTs in all contexts.

Personally, I don’t see it as a binary, or an either-or issue. It is true that poverty can’t be alleviated without structural changes in the economy and society. In the Indian context, that means recognising that barriers due to caste, gender, social exclusion won’t disappear automatically or just through legislation.

But this does not mean that we do nothing, or little, till the structural issues are addressed.

Banerjee, Duflo and Kremer’s research has been hugely influential in development economics. Delhi chief minister Arvind Kejriwal has publicly acknowledged that Banerjee and Duflo’s work inspired the Delhi government's education reform scheme “Chunauti”. Banerjee and Duflo’s research have also influenced other state governments. One example is their work in Sitapur and Unnao districts in Uttar Pradesh between 2013 to 2014. More than 17,000 students were interviewed. The policy issue was an important one. While children were moving from one grade to the next, few actually mastered the grade-level competencies expected of them. The researchers wanted to find out if targeting lessons to the learning levels of students could help address the challenge of low learning outcomes. This approach is called Teaching at the Right Level (TaRL).

The researchers partnered with the NGO Pratham and the Uttar Pradesh government to evaluate the impact of Pratham-led high-intensity learning camps during school hours. These learning camps were, in essence, focused remedial tutoring through “teaching-learning” activity using the Pratham methodology and administered primarily by Pratham volunteers and staff during school hours, when regular teaching was temporarily suspended.

The researchers found that though not all students benefited equally, the learning camps were twice as effective as regular instruction at teaching students to read a paragraph.

One of the most interesting issues that Duflo and Banerjee have explored in their research pivots around how the extremely poor spend their money.

A 2007 article by Banerjee and Duflo on The Economic Lives of the Poor in an academic journal made the point that “a common image of the extremely poor is that they have few real choices to make”. However, their research indicated a more nuanced reality. The article noted that “the average person living at under $1 per day does not seem to put every available penny into buying more calories. Among our 13 countries, food typically represents from 56 to 78 per cent of consumption among rural households, and between 56 to 74 per cent in urban areas. For the rural poor in Mexico, slightly less than half the budget (49.6 per cent) is allocated to food”.

“More surprisingly, spending on festivals is an important part of the budget for many extremely poor households,” the authors discovered.

This reminds me of a funny story.

Many years ago, a little boy, roaming around in Delhi’s Khan Market, begged me for some money so that he could have a burger. His clothes were torn. He looked as if he had not eaten for a while. I caught him by the hand and took him to a man selling fruits at the back of the market and bought him some bananas and oranges. The boy pulled a long face and said: “I want a burger.” I tried to convince him that fruits were far more nutritious. He was not persuaded, but I did manage to make him eat a banana. One week later, I saw him again, and begging in that same spot. He saw me, yelled “I don’t want bananas”, and ran away.

Policymakers should not make definitive assumptions about how the poor spend their money, nor what they really want from a distance. Findings of micro-research projects are useful because they take us beyond the big picture, give us a granular understanding of the ground realities.

And we need not dismiss it, while we strive to do all the other things that need to be done to reverse the structural inequities.

Uncritical praise of anyone, including Nobel laureates, is as bad as uncritical denunciation. What is important is an atmosphere that encourages people to speak up without fear. Here is hoping for more informed debates.