K.C. Singh | What next in Kabul: Has Taliban really changed?

The Taliban have so far maintained a disciplined deployment in Kabul, avoiding revenge killings or intrusions into homes 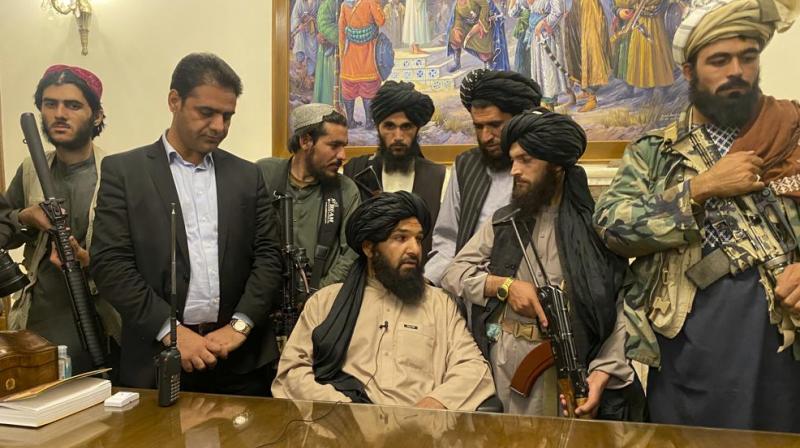 The August 5 swearing-in of Iran’s newly elected, ultra conservative President Ebrahim Raisi in Tehran was attended by two Presidents -- Barham Salih of Iraq and Ashraf Ghani of Afghanistan. Just 10 days later, as India celebrated its 75th Independence Day, its western neighbourhood mutated adversely. President Ghani fled Kabul and Taliban fighters moved into the city on motorcycles, vans and even former Afghan National Army (ANA) Humvees. The situation became extremely fluid as those who could rushed immediately to the city’s only international airport where the chaos was all-pervasive.

Taken aback by the sudden collapse of the Afghan Army, smoke swirled from the American embassy’s compound as the US diplomats hurriedly burned sensitive documents. Newly re-inducted US troops took control of the airport and Afghan airspace to manage ferries for lifting thousands of US citizens and diplomats, besides vulnerable Afghans and their families, who had worked closely with the US forces. US President Joe Biden, facing scathing criticism from Republicans, and even some in his own party, made a televised address, in which he strongly pushed back, arguing that the Afghan Army, trained and equipped by the US, barely confronting the Taliban merely confirmed his conclusion that those unwilling to protect themselves hardly deserved others doing it for them.
He was being less than fair to the poor Afghan soldier. The sudden withdrawal of US forces at the start of summer, known as the fighting season, and the resulting disruption of supplies and maintenance could have been anticipated to dampen morale and cause the sudden collapse. The New York Times reported that the Pentagon had warned all the four Presidents since 2001 of exactly such an outcome in case of the sudden extraction of US troops and lowering of air cover. The horrific pictures of some persons, who had clung onto a departing US military plane, falling from a height ironically reminded all of people falling out of windows at New York’s World Trade Centre during the September 11, 2001 terror attack, which led to the US intervention in Afghanistan.

The Taliban have so far maintained a disciplined deployment in Kabul, avoiding revenge killings or intrusions into homes. In a well-organised press conference on Tuesday, Taliban spokesman Zabibullah Mujahid made a number of reassuring points, promising positive changes soon. He announced a general amnesty, including for Afghan Army personnel. All government employees – including women -- were urged to return to their posts as their safety was guaranteed. US and other foreign nationals would be protected. The Taliban, he said, sought national reconciliation. On women’s right to study or work, a bland thumbs-up was hedged with the phrase “within framework of Sharia law”.

On foreign relations, the spokesman said while the Taliban sought good relations with all countries, it had already got a good engagement in the neighbourhood. Economic development being a priority, their foreign policy will be conditioned by that need. On the next government’s shape, he said they were in touch with leaders like Hamid Karzai and Abdullah Abdullah, and a new regime would soon emerge.

So, what is to be made of this calibrated posturing? The Taliban’s first priority is to seek legitimacy. They need major powers to recognise their government. US secretary of state Antony Blinken had earlier put two conditions for this -- how the Taliban treats their compatriots, especially women and girls; and non-harbouring of terrorist groups in Afghanistan, like before 2001. India would have to similarly wait and watch whether India-specific, Pakistan-sponsored terror outfits are also not sheltered. It will take some time to determine whether indeed today’s Taliban has assimilated the lessons of their past errors. It is possible that Doha-based Mullah Abdul Ghani Baradar, co-founder of the Taliban with late Mullah Omar and now likely acting President of Afghanistan, may still be chary of Pakistan’s ISI as it had detained him during 2010-18. In fact, Pakistan had at one time refused to release him as he was suspected of negotiating a peace deal with then Afghan President Hamid Karzai.

The emerging neo-bipolar global order, with both China and Russia contesting American hegemony, gives the Taliban more strategic space than they had after their 1996 capture of Kabul. Then, besides Pakistan, only Saudi Arabia and the United Arab Emirates recognised their government. The China-Pakistan axis can be expected to grant it this time too as soon as a veneer of legitimacy is available. This explains the Taliban spokesman talking about engaging some leaders of the outgoing government. Iran’s position is interesting as, unlike in the 1990s when it worked closely with Russia and India to support the Northern Alliance, new President Ebrahim Raisi suggested that “neighbourly and brotherly Iran invites all the groups in the country toward national reconciliation”. Former President Mahmoud Ahmadinejad was warned to tone down his criticism of the Taliban. Iran’s official print and television media are referring to the new order as an “Islamic Emirate”. Tehran has also not recalled all its diplomats from its missions and posts in Afghanistan. Significantly, Ismail Khan, the erstwhile strongman of Herat who had surrendered to the Taliban, has been allowed to seek refuge at Mashhad, the resting place of Imam Reza. Also, Yue Xiaoyong, the Chinese special envoy to Afghanistan, was in Tehran on August 16. Thus, Iran-Taliban relations are exuding trust and provide India some hope that the new Taliban shall be more balanced in its approach to neighbours, disallowing Pakistan’s backseat driving. In an interview with an Indian media group, another Taliban spokesman talked of the condition of “impartiality”.

However, these are early days yet. Whether the Taliban stick to their nice words and what exactly they mean by “impartiality” or “framework of Sharia” remains to be seen. Nevertheless, allowing a woman television anchor with face uncovered to interview in the studio, and some women reporters on the streets of Kabul, are encouraging signals. Much can still go awry. The US, with thousands more to extract from Afghanistan, may get into a bloody confrontation with Taliban fighters. Factions within the Taliban may yet emerge seeking a more pristine application of Sharia, regressing to the brutality of the last century. India has the carrot of development aid and good relations with non-Pashtun groups to use while engaging the Taliban. However small the possibility, all neighbours must allow Afghanistan to stabilise if indeed it is a reasonably moderate and responsible “Islamic Emirate”. Otherwise, civil war can yet return as Uzbek leader Marshal Dostum has fled to Uzbekistan and the Masoud-led Tajiks sulk in the Panjshir Valley.