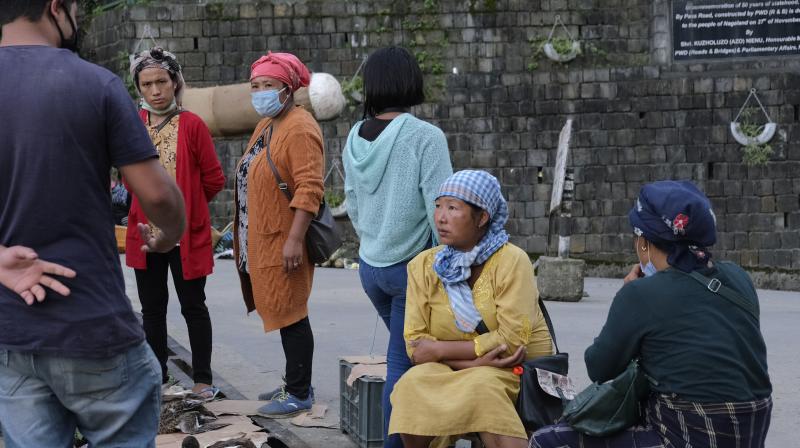 Not long ago I had a conversation with an RSS figure conversant with the Naga issue. He was confident Narendra Modi would soon find a “creative solution” to this vexed problem.

I asked him if it meant the dismemberment of Manipur, as the dominant Tangkhul faction of the NSCN (I-M) was mostly based around Ukhrul in Manipur? And the dismemberment of Arunachal Pradesh as the Konyak Nagas, who mostly owe allegiance to the NSCN’s Khaplang faction, are mostly in Tirap and Changlang divisions of that state?

He didn’t answer, except saying wait and see -- Modiji has a “creative solution”.

Whatever it was, the “creative solution” is now clearly unravelling. The NSCN(I-M) has now demanded that Prime Minister Modi’s longtime Naga interlocutor R.N. Ravi, now Nagaland’s governor, must be removed from the talks.

The severely ailing 86-year-old Isak Muivah is now in New Delhi for health reasons and is also in talks with the powers that be. What can they now offer him after scrapping Article 370 and dismembering J&K and putting Jammu and Kashmir under Central rule as a Union territory? How far removed is Article 371 from Article 370?

The Naga quest for a separate identity independent of India burst into an armed conflict in January 1956 when A.Z. Phizo assumed full control of the Naga National Council, which was championing the Naga cause. Immediately after Phizo took over, the Naga Hills was declared a disturbed area and put under the Indian Army’s control.

At that time eminent Indians like Jayaprakash Narayan chastised Jawaharlal Nehru for sending the Army to “pacify” the Naga Hills. Nehru assured critics that the Army would be in the area for just a few months.

The Indian Army is still deployed in the region and 3 Corps is permanently headquartered in Dimapur. From time to time news would filter out that the contours of a settlement were visible, but nothing of consequence came out.

On August 3, 2015 the Narendra Modi government announced that an agreement was concluded and that its details would be kept secret. Why the details of the accord must be secret is best known to it, and what exactly it is has been the subject of much speculation.

While the details of the “historic agreement” are still shrouded in secrecy, it is believed the immediate deal only covered the territory of Nagaland. It seemed agreed that the question of the other areas of “Greater Nagalim” would be resolved consensually via dialogue with Manipur and Arunachal Pradesh.

It was thought the deal will pave the way to an election where the NSCN (I-M) or a successor political party would be facilitated to secure power through polls, as done in Mizoram.

In a paper published on March 30, 2017 in a widely read blog “Indian Security Affairs” maintained by Maj. Gen. P.K. Mullick (Retd), Lt. Gen. J.R. Mukherjee (Retd), a former corps commander with extensive experience and connections in Assam and the Northeast, wrote: “Unauthenticated leaks from reliable sources indicate that points agreed are: A separate constitution? Flag for Nagaland, separate currency and passports for Nagas. Nagaland would have a UN representative, foreign affairs and defence will be a joint subject; a pan-Naga government to cover all Naga-inhabited areas.” This is why Manipur is agitated, as it will leave it with just the Imphal Valley.

The unabashed misuse of the office of governor following the recent elections to install a BJP-led government lends credence to a certain urgency to implement the deal, as the talks have been going on for almost two decades.

We constantly worry about the Chinese hand at play since the days when Mowu Angami went to Yunnan. But what we need to worry more about is the American hand at work.

The first missionaries went there in 1836, when Rev. Miles Bronson set up a mission in Namsang, now in Arunachal Pradesh’s Tirap subdivision. But the real impetus to Christianity came after the advent of an American Baptist missionary, Rev. E.W. Clarke. The Baptists never looked back since then and now maintain over 800 churches and have a majority of Nagas under their fold.
While it must be acknowledged the missionaries played a pioneering role in establishing modern healthcare and educational facilities, we must not remain unaware of the Baptist Church’s role in creating a new awareness and sense of oneness among the Naga tribes.

While the armed forces may have learnt from their experience, our political and bureaucratic leadership never seemed to have learnt anything, or worse, forgotten anything. We have since Nagaland’s formation in December 1963 lurched from one compromise after another.

Consequently, the Naga Hills region -- Nagaland, Manipur and Arunachal -- have had the most uncaring and corrupt state governments with little to show on the ground despite India’s highest per capita development expenditures.

India’s long-term security interests, and the steady expansion of Chinese influence in Myanmar in the areas abutting our borders, equally require our military and administrative presence in the Naga Hills as it does a general stability.

The answers to these can only be found in new and innovative political and administrative arrangements that factor not just the culture of Naga tribes but the geography of the Naga Hills. Article 371A of the Constitution does offer some safeguards, but clearly these do not satisfy the Nagas.

But a separate constitution, flag, currency and UN membership might be going a bit too far. Will this not have consequences in other parts of the country like Jammu and Kashmir, where a secessionist war is raging, and even in states like Tamil Nadu where regional nationalism is extremely strong?