Why should we remember Punjab’s political past of nearly 60 years in the 2022 state Assembly election? 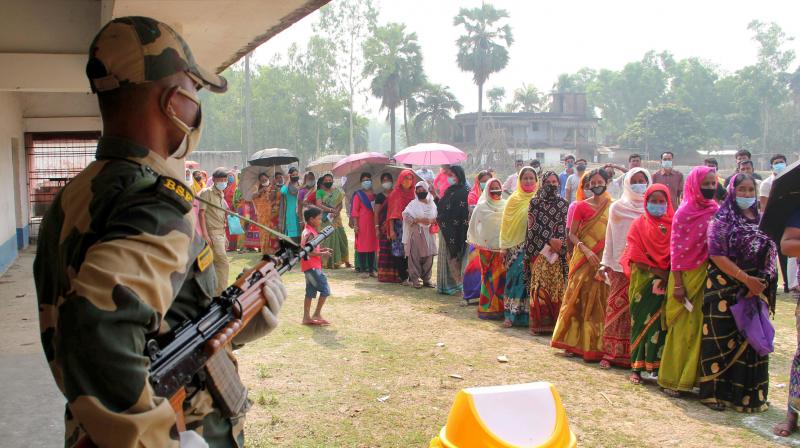 Despite the apparent new alliances and new players like the AAP in the fray, the political scenario in the state remains clouded. (Representational Photo:PTI)

In the beginning, there were just the Congress and the Shiromani Akali Dal (SAD). The fight between them was over whether the state that was formed in 1966 after the persistent agitation by Akali Dal leaders like Master Tara Singh and Sant Fateh Singh was between the upholders of Sikh politics and the Congress, with its politics-as-usual attitude. Of course, once in power, the Akali Dal too lost the ideological fervour of Sikh dominance. But the unstated understanding between the two parties broke down after 1977 and the famous Anandpur Saheb Resolution, demanding autonomy for Akali (Sikh)-ruled Punjab.

The Congress in Punjab, in its bid to counter the Akalis, courted the religious extremists like Sant Jarnail Singh Bhindranwale. The scene altered after the violence on all sides had exhausted itself. The BJP, born in the 1980s, became an ally of the Akalis only in the 1990s, long after the bloodletting of the 1980s in the state. Sometime in the late 1980s, Kanshi Ram, the founder of the Bahujan Samaj Party (BSP), tried to tap the Dalit voters in the state, spanning both the Sikh and Hindu communities. But he did not farewell.

Why should we remember Punjab’s political past of nearly 60 years in the 2022 state Assembly election? It is useful if not necessary to keep the past at the back of one’s mind to understand the configuration of political forces this time around. It looks like both the Akali Dal and the Congress have run out of steam, and there is room for new players. It is this belief that is pushing the BJP to make a place for itself in the state.

The BJP’s role as the junior partner of the Akali Dal for the last quarter of a century was to add the urban Hindu vote to the rural Sikh vote of the Akalis. Of course, it was a little more complicated than that. The Sikh vote is not a homogenous constituency. The dominant Jats are in an uneasy relationship with the other Sikh groups, especially the Mazhabis. The Congress had tried to keep the Mazhabis in their camp. Then there is the huge “dera” constituency of the poor and their so-called charismatic “dera” chiefs.

The BJP wants to take the position of the Congress and attract the non-Sikh segments and parts of the Sikh community and add to its base of urban Hindu voters. There is a sense of confidence in Prime Minister Narendra Modi’s BJP that it does not have to depend on its allies like the Akali Dal in Punjab and the Shiv Sena in Maharashtra, and that it can make a mark on its own. It seemed to work in Maharashtra where it had got more seats than the Shiv Sena, but not enough to form a government on its own. In Punjab, it is still far from the achieving any goal, but it is a political outing where it hopes to test the waters and explore the possibility of garnering whatever votes it can.

The Akalis, now in alliance with Mayawati’s BSP are trying to make sure that the two major components of Punjab’s polity, the Sikhs — especially the Jat Sikhs — and the Dalits can forge a united front. It is both formidable and plausible. But till now, the BSP has failed to make the impact that it was expected to because the Dalit bloc is not a captive vote bank. The Akalis have lost their own credibility because of the monopoly of power of the Badal clan.

The Congress is playing the Dalit card, and that is the main reason for its fielding of Charanjit Singh Channi as the chief ministerial candidate. But it is a ploy that may not work too well unless the Congress can win over the urban Hindu vote as well as a part of the traditional rural Jat Sikh segment.

Compared to its traditional rivals, the Akalis, the Congress has taken a step forward in bringing in a leader who is not from the traditional Sikh elite of Jats. Will it fetch results for the Congress? The Hindu leaders in the Congress may not be willing to accept a Dalit Sikh as their leader, and this is evident from the decision of Sunil Kumar Jakhar to opt-out of electoral politics, Ashwani Kumar quitting the party and Manish Tewari weighing his options while expressing his dissatisfaction. Whether these three leaders actually represent the Hindus of Punjab is debatable, but it does indicate that the emerging caste and community configuration leaves many of the veterans unhappy.

In ideal terms, there should be a possibility of a non-Sikh chief minister of Punjab, and it is possible that this might happen sometime in the future when the merits of a leader count more than his or her traditional caste and community roots.

The new entrant, the Aam Aadmi Party (AAP), is playing around with the same elements. It needs a winning combination of Sikhs and Hindus, the urban and the rural. Going by its social orientation in Delhi, the AAP is middle-class Hindu, right-wing populist. Its calling card is essentially good governance based on the performance of the party’s government in Delhi under the leadership of Arvind Kejriwal. Whether it can break through the traditional caste and community divisions remains a puzzle. What it could achieve in metropolitan and cosmopolitan Delhi may not be possible in the rural, agriculture-centric Punjab society and polity.

Former Punjab chief minister Capt. Amarinder Singh is fighting this election principally to defeat his bete noir, Navjot Singh Sidhu. That is why he allowed the BJP to take 63 of the 117 seats in the elections. The BJP and Amarinder Singh’s Punjab Lok Congress do not have any common interest binding them. The BJP also cannot spout its anti-minority and pro-Hindutva rhetoric openly in Punjab because it would be counterproductive. The BJP also cannot play the “Khalistani” card that it played against the farm law protesters from the state over the laws which have subsequently been repealed.

Despite the apparent new alliances and new players like the AAP in the fray, the political scenario in the state remains clouded. It is not yet clear whether Punjab has moved beyond Sikh politics, whether the rural Sikh, urban Hindu divide has been sorted out, and whether denominational politics in the state have now become obsolete.