The move to avoid joining IMAFT initially was driven by internal considerations. 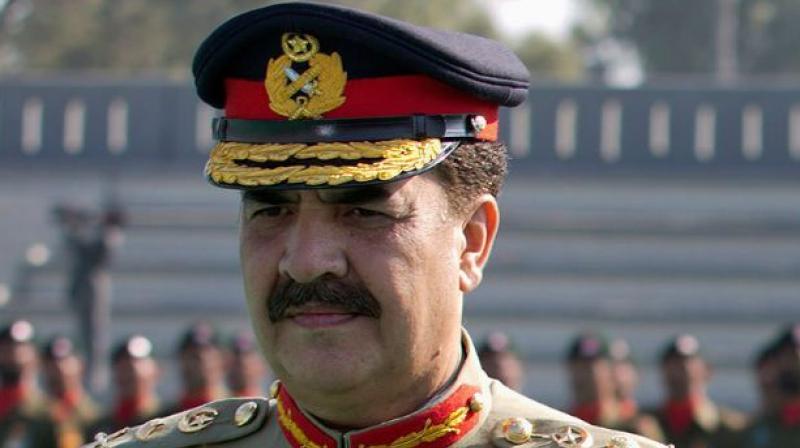 In the background of the bitter slugfest between the politicos and military men in Pakistan, the ease with which former Chief of Pakistani Army Staff Gen. Raheel Sharif demitted office raised many eyebrows. Earlier, rumour mills were rife from a possible extension, “field marshalship” to even popular support for a military takeover for the then COAS. Defying the widespread public sentiments and the precedents of “extension” set in motion for the last 18 years with the previous two COAS extending their terms beyond the stipulated timelines — Gen. Sharif stepped down in a civil, unhurried and confident manner on November 29. The possible reason for the seamless “hanging up of boots” perhaps lay in the supposed Pakistani quid pro quo where the Saudi Arabia-grateful government of Nawaz Sharif bought peace with the general in return for sovereign acquiescence to the Saudi kingdom’s earlier request soliciting Gen. Sharif’s services in heading the 39-country Islamic Military Alliance to Fight Terrorism (IMAFT).

Gen. Sharif has impressive credentials in handling terrorism — he was leading the Pakistani establishment’s counter-fightback with its own Frankenstein monster, the Pakistani Taliban (Tehrik-e-Taliban), while on the other hand as the overall head of the infamous ISI he was privy to machinations of its nefarious terror networks. From spearheading Operation Zarb-e-Azb in the lawless North Waziristan to his Atlas-like persona playing out on the mean streets of urban Karachi, to controlling rural banditry in the dustbowls of Sindh — the superhero of Pakistan’s fight against terror makes him a logical candidate to head such a coalition to fight international terror. Besides, Pakistan has the largest standing Army in the Muslim world (0.6 million, sixth largest in the world), arguably the most professional within the ummah, and nuclear to boot — not surprisingly, Mohammad Bin Salman Al Saud, Saudi defence minister and founder of IMAFT, had sought the additional coronation of Gen. Sharif as head of IMAFT, to his concurrent responsibility as Pakistani COAS. This was earlier turned down by Prime Minister Sharif owing to the impracticalities of managing dual responsibilities and the initial scepticism of Pakistan towards the obvious “sectarian” construct of IMAFT.

IMAFT’s composition is of either the “Sunni-majority” nations or “Sunni-ruled” (Bahrain and Lebanon are not “Sunni-majority”). True to the divisions in the Islamic world, the “Shia-ruled” Iran, Iraq and the official government of Syria are not signatories to IMAFT. Contrary to the usual ire and angst against the traditional Zionist enemy, that is Israel, or the Western world — it is the implosive sectarian Shia versus Sunni war that is blooding West Asia. In Yemen, Shia Houthi rebels supported by Iran are fighting a violent battle against the Saudi-supported troops, in Syria and Iraq the governmental forces, Shia militias and the Iranian Revolutionary Guards are locked in a free-for-all bloodlust with the Gulf sheikhdom-sponsored rebels (Sunni grouping), in Lebanon the Iran-supported Shia group Hezbollah retains its independent presence and weaponry in defiance of the national Army — the sectarian cleavage is commonly alluded to as the “Shia-Moon” with prospects of Shia-inspired rule running from the shores of Iran, Iraq to swathes of Syria and Lebanon (including the pockets of Bahrain, Yemen and South Saudi Arabia, hosting the Shia enclaves).

This divide and vitriol got formalised by the open rift between Tehran and Riyadh, when the Saudi Arabian embassy in Tehran was ransacked by irate protesters (following the controversial hanging of the Shia cleric Nimr al-Nimr in Saudi Arabia) and the reciprocal disallowance of Iranians to do the annual Haj in the holy city of Mecca by the Saudi kingdom. The American thawing of relationship with the Iranians further riled the Saudi establishment as it saw the move as a further enabler of its historical nemesis, Iran, in its bid to establish its alternative supremacy.

Pursuant to this obvious sectarian denomination of IMAFT, Pakistan had earlier not agreed to join Saudi Arabia’s war in Yemen against the Shia Houthi rebels. Fearing sectarian reprisals, Islamabad chose to ignore Saudi Arabia’s initial request to contribute soldiers and weaponry, as it could potentially stoke anti-Shia sentiments in Pakistan’s fragile fabric of Islamic diversity (Shias contribute approximately 15 per cent of the population and are subjected to frequent clashes). Pakistani parliamentarians unanimously voted against the expansive military intervention in West Asia (even though the Pakistanis have a military presence within Saudi Arabia, ostensibly to protect the kingdom itself). But Pakistan’s presence in the proxy war in Yemen was thought to exacerbate Shia fears internally, besides risking having a disgruntled Iran.

However, Saudi Arabia has a “special” relationship with Pakistan, it routinely doles out the invaluable petro-dollars for sustenance, hosts over two million Pakistani expatriates who remit hard currency and shelters its politicos from turmoil (PM Sharif is personally indebted to the kingdom for granting a lifeline following the military coup in 1999). Today, international opprobrium on Pakistani duplicitousness on terror has subtly edged Islamabad towards China and it seeks to deepen its Saudi moorings, given the lack of Western benefactors. The move to avoid joining IMAFT initially was purely driven by internal considerations — however, as it runs out of options, the spectre of a Pakistani general heading the “Muslim-Nato” is indicative of throwing caution to the winds.

IMAFT is sectarian in spirit and the responsibility accorded to Gen. Sharif will not go unnoticed in Iran. While it is still in the formative stages, but as it is headquartering in Riyadh and its principal sponsorship is from Saudi Arabia, there is very little doubt about its definitions on “terror”. This appointment has strategic import for both Pakistan and Iran, and any official Pakistani allusion to the independent decision by Gen. Sharif would be naïve — it is a sectarian choice that is sanctified by the Pakistani establishment and its strategic calculus.