You are cordially invited to the funeral of Balie Vizo

Merenla Imsong
Merenla Imsong is an actor and comedian who recently had to migrate from Facebook to Twitter because her family wasn’t very appreciative of her inappropriate jokes. She lives in Bombay with her flatmate and 42 plants.

The widow sits in silence. Her nose has finally stopped bleeding but her lips have not stopped swelling. 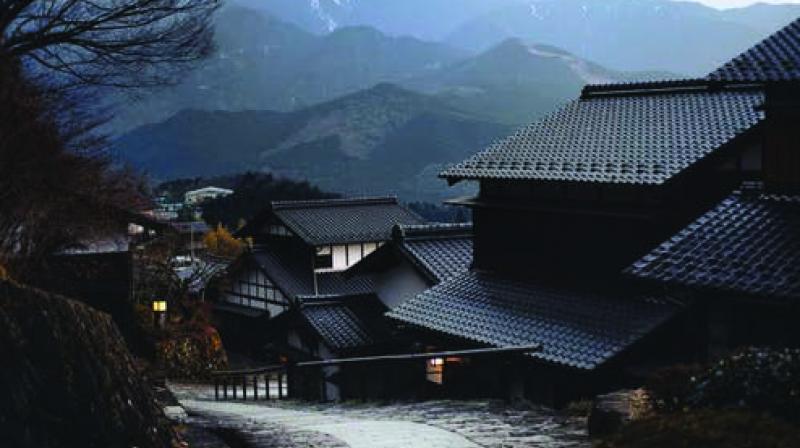 Nino the grumpy neighbour has made tea for everyone. The tea tastes quite bad. They all drink out of politeness.

The wind is not so chilly. The weather is surprisingly quite pleasant. The moon looks like it changed its mind at the last minute and didn’t want to be fully round for this one night. Ngabu, the handsome village rooster had forgotten to crow that morning.

A little crowd has now gathered at the door, jostled awake from their sleep. There aren't enough morrahs for all the people coming in.

The widow sits in silence, numb with shock. Everyone pities her. But no one pities poor Balie Vizo, cold and dead on the floor, a dao lodged in his skull.

Nino the grumpy neighbour has made tea for everyone. The tea tastes quite bad. They all drink out of politeness.

Do they bury him with the dao still lodged in his skull, they wonder.
Will she move back to her own village, they wonder.

Who will clear his pending credit at the booze joint, they wonder.

One of the villagers steps forward and takes a few pictures on his phone. He will later send it to all his WhatsApp contacts. One of the recipients of the image would have a nightmare that night.

The old woman Dietho is wailing out loud. Finally somebody is crying, for a burial with no crying is not a dignified burial. She is served not just one but two pieces of chicken leg later for lunch.

The widow sits in silence. Her nose has finally stopped bleeding but her lips have not stopped swelling. Some ice would have helped. If only there was a refrigerator in the house.
“She injured her nose while trying to save him,” says Villager # 1.
“She tried her best to shield him from the dao,” says Villager # 2.
“It was certainly an accidental suicide,” says Villager # 3.
Nongo doesn’t believe any of this.

Village Pastor Theja enters the house, Bible in hand. He had had a bad dream two nights before. He is wearing his least favourite polka dotted navy blue shirt.

Sleepy Inspector Nongo, with no body to take back to the medical examiner's office is now one of the attendees at the funeral of poor Balie Vizo, cold and dead, no longer aggressive, nestled in a coffin.
“What nice words can I use to describe him,” wonders Village
Pastor Theja.
“Will she finally be at peace?” wonders Villager # 1.
“Is there really a burning pot of fire in hell?” wonders Villager # 2.
“Why do people’s bodies swell up after they die?” wonders Villager # 3.
“Did I lock the door properly before leaving?” wonders Funeral Attendee Nongo.
They sing the widow’s favourite hymn. They don't know if Balie Vizo ever had a favourite hymn. It’s too late to ask now.
Poor Balie Vizo, cold and dead and no longer dangerous, is sealed inside the coffin with a small cross kept next to him, just in case he is able to negotiate his fate when he crosses over.
He is lowered six feet under as the rooster finally crows and the dogs bark back.
The widow speaks.
“He was my husband and I loved him dearly. I hope he finds his peace as I find mine.”
Nongo believes this.

His coffin is covered in soil and dirt and parts of the earth. For dust he was and unto dust he was returning.

They planted some lilies near the freshly made grave, for they were the widow’s favourite. They didn’t know if Balie Vizo ever had a favourite flower. It was too late to ask now.

They sang him one last song and marked his new home with a cross so that people would never forget that Balie Vizo once treaded this earth.

And that was the day we buried Balie Vizo, beloved husband and enthusiastic drinker, who died of an accident when his wife accidentally picked up a dao as he came charging toward her as usual, fist in the air, spirit in his system and rage in his eyes.
May he rest in peace.

Merenla Imsong is an actor and comedian who recently had to migrate from Facebook to Twitter because her family wasn’t very appreciative of her inappropriate jokes. She lives in Bombay with her flatmate and 42 plants.