Shobhaa De | Bollywood joins forces, but for what exactly?

While every industry is well within its rights to seek redressal, it is important to ask what exactly has miffed Bollywood? 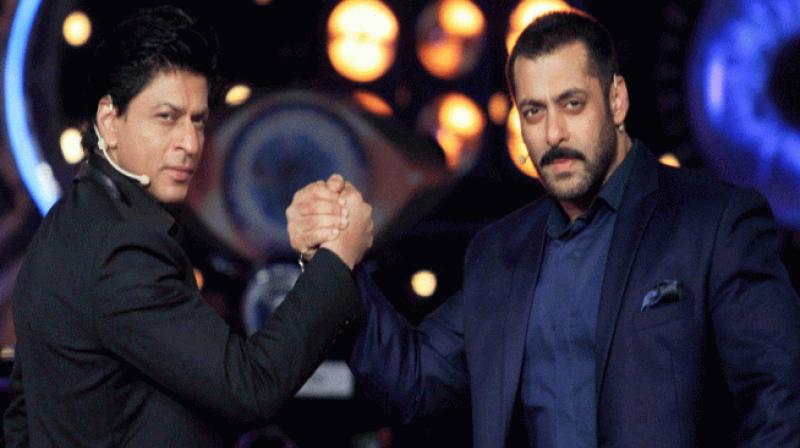 I am still trying to wrap my head around the news item announcing the joint effort of Bollywood Biggies (34 top production houses and four industry bodies) against two prominent English language television channels. The 1,069-page petition was filed in the Delhi high court earlier this week. The document said that after examining various articles online, it was felt that the defendants were publishing and circulating false, disparaging and malicious allegations against key Bollywood personalities. The latest statement, however, now says that the lawsuit is not targeted at any particular news channel but the entire media industry! My, my! Such a widespread gag order? My first response was: “What took you so long?” And the second: “How will the filing of such a lawsuit in change the narrative?” Then came the question of representation. It comes as no surprise or shock that hardly any women were among the joint petitioners. That in itself says a lot about the entertainment industry, not just in India, but across the world. Under-representation of women in showbiz is an important and troubling issue, which does not generate a sufficient level of comment and debate, either in this country or elsewhere. In this particular show of unity, the media coverage of the lawsuit was also slanted, focusing almost exclusively on the three Khans being on the same page, rather than on the contents of the lawsuit. While every industry is well within its rights to seek redressal, it is important to ask what exactly has miffed Bollywood? Is it just a question of being vilified? Or is there a bigger concern of business getting severely impacted? And why pick on just these two TV channels and their high-profile anchors? What about the muck that gets televised daily across the regional television channels, by equally out of control anchors? To say nothing of the cheap coverage on the dodgy websites? Why was Bollywood this shaken up now, and not earlier? The name calling is not new -- describing Bollywood as “scum” and accusing actors of being “druggies” is also not a recent invention. My guess is that the impetus to go ahead and defend the territory through our courts came more from a sense of protectionism than any genuine outrage.

It can be argued, of course, that television coverage had hit new lows in the wake of the Sushant Singh Rajput tragedy, and there seems to have been a specific agenda to implicate certain stars, producers, directors and lobbies. Yes, the hourly hounding of the handpicked few was aggressive and highly selective. Bollywood started to squirm when the heat got a bit too much. The standard noises were made by the usual suspects, pointing out that not “everybody” in Bollywood is a druggie. Come on, that’s as kiddish as that old chestnut, “Not every Muslim is a terrorist”. But the fact remains, Bollywood was being cut down to size. And that hurt. The big move to go to court against television tormentors was met by a tepid response from the public. The media too relegated the big news largely to an inside page report. Since the announcement, the public has lost interest in both – this case, as well as the SSR imbroglio. This is how the media manipulates and drives pet agendas. Seasoned players learn to live with the turbulence. At the moment, there is nothing but turbulence to deal with in any case. And Bollywood reckons that it is time to close ranks and hang in there together, if business has to thrive down the line. That’s called hardnosed, practical strategising -- nothing wrong with protecting one’s flanks when attacked.

But one also wonders where this recent show of unity and solidarity had disappeared when one of their own had breathed his last on June 14. Or later, when his girlfriend was falsely accused by the very same television tormentors and spent more than a month in jail? Had the same people used their power and clout to stand up for a colleague (Sushant Singh Rajput) and his partner (Rhea Chakraborty), perhaps their petition would have received much more notice. And even sounded credible. At the moment, it reeks of self-righteousness, and appears self-seeking, instead of being a legitimate grievance and a call to arms.

Let’s hand it to Bollywood for now. Perhaps this period has been the much-needed wakeup call to review everything -- from its own standards of conduct, its dodgy representation of women and, of course, the way business is done. Drugs, booze and rock n roll -- that’s showbiz. Nobody sits in judgment over the private lives and consumption habits of movie folks. What would be wonderful (since Bollywood has come together on a common platform) would be to employ this newfound unity and togetherness to redress a few glaring inequalities, particularly when it comes to blatant discrimination, wage disparity, favouritism and yup -- that dreaded word -- nepotism. First get your own act together, and then try taming the press! The mediawallahs are not schoolchildren, and Bollywood does not rate as an exemplary class monitor or principal. It’s going to be a huge challenge to the media in line. There will always be news stories that tickle and titillate --deal with it. Reputations get shredded in all walks of life, not just in the movies. Bollywood acting holier than thou and getting preachy with the press is a bit too twee! Listen, guys, you do your job and entertain the public, as you have all these many years. Leave the media to do its job. Errrrr … in future remember to stick up for one of your own when the going gets rough for that person. That’s what family is for!