In battle over dams, see the bigger picture 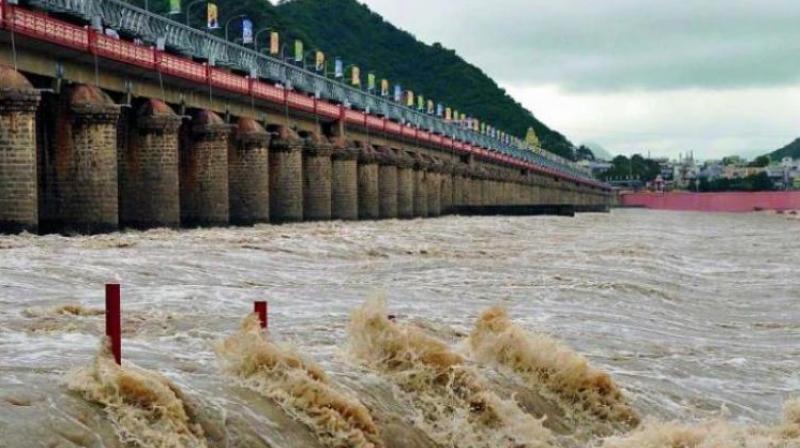 He’s alighted on this as his legacy project and only the old-fashioned and the puritanical are left to bemoan and gainsay, but that still leaves an unanswered question: who, exactly, was opposing dams?

It’s not all that obvious.

Forget the handwringing over fundraising and the frumpiness of separation of powers, and start with what it looks like: an oddball approach to fixing a problem in a system that’s broken. Fine.

There’s worse that’s been inflicted — see, election 2018 — and water seems as good a cause as any to get fired up over. It’s not like you have to convince folk that water is important. And shortages are a fact of life — urban, rural, commercial, domestic, wherever.

But for the campaign to make sense — for it to be necessary — you need a couple of things: political opposition to the project and an executive/government that can’t get its act together. Otherwise, why not just do it the regular way?

The dam financing is in the region of what the next IMF deal will need to be; the dam will last several lifetimes, the latter just a few years. Even at its most extravagant, the dam is a portion of the headline figure of CPEC. And we’ve already got the know-how for operating and maintaining big dams — Tarbela and Mangla. So what’s up with short-circuiting the regular — constitutional, separation-of-powers, governmental — route and going for, to put it delicately, the unusual approach?

A one-man show doesn’t really matter because the term at the top is relatively short and the elevation process virtually guarantees it will remain so. But now we have an irregular photo-op and a billion reasons to suggest that it isn’t a one-man show. That at the front may be an individual, but there’s formidable and very obvious support behind.

Which is a bit puzzling, if you think about it.

What the hell do they need it for? There’s a favoured protégé holding down the fort over in the PM office. Trees, water, sustainability — that’s the kind of stuff you’d bet you can get Imran interested in.

A big dam is the kind of shiny project you can hang a slogan of change on. The dams aren’t Kalabagh — Kalabagh has a very specific history and politics arrayed against it. Sure, there are a few voices piping up in Sindh, but they’re hardly of the unmanageable variety.

We have a state that has the capacity to arrange financing for and execute a big-dam project. We have a brand-new government that has shown no great opposition to dams and seems on board with this dam idea. It is, after all, a joint fund now.

And we have a political landscape that isn’t viscerally and rabidly opposed to dams per se that can be exploited by an opportunistic opposition — assuming the opposition is inclined to do so, and there’s no indication that it is.

So why this transparent support for short-circuiting the normal process? Because this is Pakistan and with the present slightly more confusing than usual, there could be several reasons. But one possibility, surely, in this era of governing without governing is: mission creep.

Until now, the focus has been on destabilising or ousting the unfavoured. That’s now mission accomplished. But that still leaves the tools assembled for those projects lying around and the tools can be repurposed.

It is fairly obvious: the same methods used to shout down and drown out an opponent can be redirected and used to promote a good cause. And what’s more noble and good than water?

If true, if this is mission creep in action, it would hardly be a surprise. The point to managed continuity is, well, managing stuff.

To be clear, this is not about the top judge being managed and someone whispering in his ear. Yes, there is the reality of contempt of court and fear of the gavel is more ingrained in this business than even of the other lot. But it's transparently obvious that the judge is genuinely enthusiastic and probably a true believer..This is about more than the judge.

This is about the manufacturing of a policy consensus — when there isn’t any obvious opposition to the general idea or the specific project. The only — positive — explanation is that they’re lending a helping hand to keep things on track.

The government is busy and will take some time to find its feet. By then, some of its political capital may be gone and the usual firefighting mode that all governments are forced to retreat into could take over.

So, in the meantime, prime the public to support dams and use the collective pressure if governmental drift or political indecision sets in later. After all, who can oppose water and securing future generations?

It is fascinating to watch this unfold. If you’re of a certain bent, foreboding, too. Mission creep has brought us into the realm of manufacturing a public consensus on dams.

Where will it take us next?