US sanctions law is a bully’s tool, violates the UN charter

Each country — namely Iran, Russia, Syria and North Korea — is targeted because the US dislikes it or disapproves of its policies. 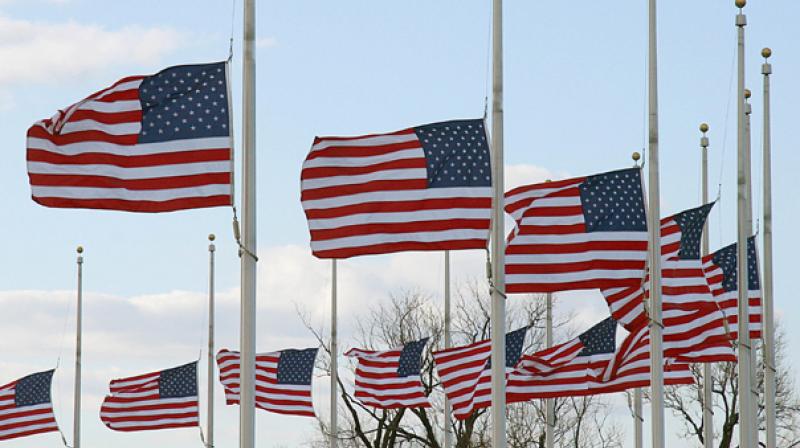 The US has used the Iran and Libya Sanctions Act to obstruct Pakistani and Indian plans for the Iran-Pakistan-India gas pipeline.

It would be a shame if the international community were to submit to the gross violation of international law that has been systematically committed by the United States, through its Congress, for over two decades. The Countering of America’s Adversaries Through Sanctions Act (CAATSA), 2017, has aroused widespread resentment because of its broad reach — targeting four states and draconian provisions affecting others besides. The US would not have gone as far as it has done now if the world had not acquiesced in its trial runs since at least 1992.

The word “adversaries” is used aptly. None of the targeted states is an “enemy” posing a threat to US security. Each country — namely Iran, Russia, Syria and North Korea — is targeted because the US dislikes it or disapproves of its policies. Those who deal with them are also punished.

It is instructive to trace the rake’s progress since the Cuban Democracy Act, 1992. US congressional statutes contain “findings” as well as a “statement of policy”. One of the findings was that “events in the former Soviet Union and Eastern Europe have dramatically reduced Cuba’s external support and threaten Cuba’s food and oil supplies”.

“Big Bully” saw in this distress an opportunity. It should be the policy of the US to bring Cuba to heel by “seek[ing] peaceful transition to democracy and a resumption of economic growth in Cuba through the careful application of sanctions directed at the Castro government and support for the Cuban people”.

This was a blatant intervention in Cuba’s internal affairs. The US was enjoined “to make clear to other countries that, in determining its relations with them, the United States will take into account their willingness to cooperate in such a policy”.

Tim Weiner of the New York Times reported on Jan 26, 1996, that a “secret bill” was passed on Dec 31, 1995, to “mount an $18 million covert action to change the nature of the government of Iran”. There followed the Iran and Libya Sanctions Act, 1996, the Cuban Liberty and Democratic Solidarity Act, 1996, the Iraq Liberation Act, 1998, and the Syria Accountability and Lebanese Sovereignty Restoration Act, 2003. The Charter of the United Nations was flouted.

The US has used the Iran and Libya Sanctions Act to obstruct Pakistani and Indian plans for the Iran-Pakistan-India gas pipeline. Then US secretary of state Condoleezza Rice warned Pakistan’s then foreign minister Khurshid M. Kasuri that the project was in violation of the Act. It forbade more than $120 million investment in Iran’s oil sector.

A week later, on June 16, 2005, assistant secretary of state for arms control Stephen G. Rademaker said in New Delhi: “Such a pipeline project could provide funds to the Iran government, which could use it for funding terrorism.”

These American laws violate the UN Charter, international law as well as the fundamentals of the world order. The jurist Lassa Francis Lawrence Oppenheim held that, “Interference which is sufficiently coercive to constitute intervention may take a variety of forms. It may involve the use of armed force in the direct form of military action, or in a more indirect form as where support is given to subversive or terrorist armed activities in another state. Other forms of coercion, involving economic or political measures rather than resort to military action, may also constitute intervention, where they have the necessary coercive effect.”

CAATSA is coercive to a degree. Sanctions can be imposed on “any person” who “knowingly provides ... financial, material, technological, or other support for, or goods or services in support of” anyone engaged in Iran’s military programme. Any innocuous trade activity can be linked. The judge of this is ... the US President. The 70-page act essentially provides a guidebook for the “Global Bully”.

On July 6, 2018, at a ministerial meet in Vienna, representatives of the UK, Germany, France, Russia and China assured Iran’s foreign minister Javad Zarif of their commitment to the nuclear deal of 2015.