The states which are embracing greater data transparency deserve to be cheered even if by doing so, they push up India’s Covid death count 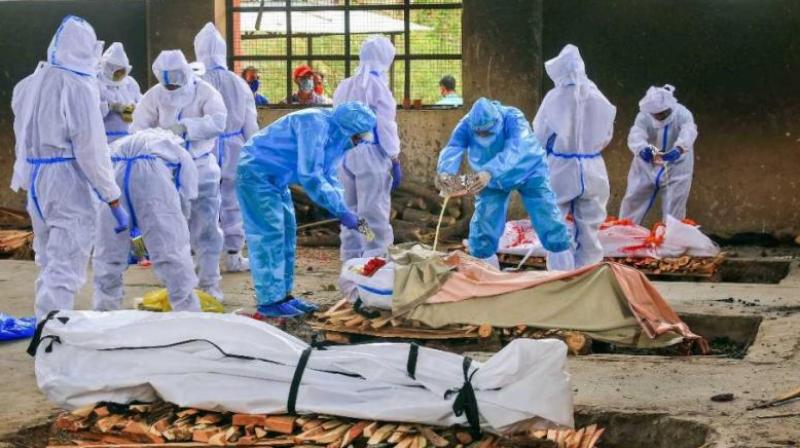 The pandemic is indeed making many countries finally acknowledge that they have been undercounting Covid-19 deaths. (PTI Photo)

In hyper-polarised India, it needs dollops of bravery for governments to admit that they got their Covid-19 death data wrong, that the magnitude of the problem they face in the time of the pandemic is more serious than they previously stated. Because political rivals are likely to pounce on such bursts of honesty as evidence of rank incompetence.

Nevertheless, some states are taking baby steps towards greater transparency of Covid-19 data. That is good news.

Bihar is in the spotlight. Covid-19 death figures in the state shot up from 5,478 on June 8 to 9,429 on June 9 in the wake of data revision. The dramatic jump in the number of coronavirus casualties did not happen because the Bihar government suddenly woke up to the need for good data. It was because the judiciary stepped in. The Patna high court demanded an audit of the figures after widespread allegations that the state government was underplaying the scale of infections and deaths.

Arguably, Bihar is not the only state which has faced such accusations. Ground reports by the media from crematoriums in many places, along with images of dozens of bodies dumped in rivers or buried in shallow graves have only bolstered the widespread belief that the official Covid-19 death count in the country doesn’t tell the real story. Many states like Maharashtra and Telangana are revising their official death toll in the Covid-19 pandemic.

Interestingly, Jharkhand, one of India’s poorest states, is setting an inspiring example by initiating an Intensive Public Health Survey. This is the first such door-to-door counting of deaths by any state during the second wave of the pandemic. It has revealed that 25,490 people died in the state in April-May 2021 -- that is 43 per cent higher than the 17,819 total deaths officially registered across all 24 districts in the state in April-May 2019.

What should one make of this sudden rush for data integrity in many states even as the pandemic rages on? Will other states follow suit? Will the Narendra Modi government stop denying that India’s official Covid-19 death toll is a massive undercount? It is too early to tell. The pandemic is indeed making many countries finally acknowledge that they have been undercounting Covid-19 deaths. Peru did it. Mexico did it. But truth-telling may not be as contagious as the mutating coronavirus. Here in India, even as state governments start to revise their Covid-19 data, the Centre insists all is well. It recently lashed out at an international newsmagazine for pegging the country’s excess deaths due to the pandemic at 5-7 times the official figure.

But better late than ever. Whatever be their motives, the states which are embracing greater data transparency deserve to be cheered even if by doing so, they push up India’s official Covid-19 death count. As health economist Rijo M. John puts it: “Those brave states that are indeed doing this must be appreciated and I hope it motivates the rest to do so too.”

Dr John cites the example of Maharashtra, which he says “has been relatively honest with the data right from the beginning, compared to many others”.

Now, more states are joining in.

In India, even in normal times, many deaths are not officially recorded. Globally two-thirds (38 million) of 56 million annual deaths are still not registered, according to the World Health Organisation. But the coronavirus pandemic may have set in motion a laudable trend; many governments are beginning to acknowledge that there has been a massive undercount of deaths. The science of death-counting is making headlines and the critical need for strong and developed death registries is a talking point.

Dr Hemant Shewade, a medical doctor specialising in community medicine and operational research, points to the uneven quality of even routine surveillance of deaths in the country. “The coverage of routine death surveillance (proportion of deaths registered along with medical certification of cause of death) is as high as 100 per cent in Goa and as low as 2.5 per cent in Jharkhand. One did not really expect 100 per cent accuracy in Covid-19 death reporting. We cannot improve routine death surveillance overnight. But in the time of the pandemic, the problem rose because the undercounting of deaths was way too high,” he told me.

What is really unacceptable, says Dr Shevade, “is singling out certain states for contributing higher proportion of reported Covid-19 deaths. This creates an environment that encourages poor Covid-19 death reporting.”

Why is accurate Covid 19 data so important? Because poor data makes for poor planning. “The administration, as well as the public, become lax as the true picture is not presented. Then it takes a wave as large as the second wave to wake us up. By then any action is too little too late,” says Dr Shevade.

What should be done? Public health experts who have been tracking the Covid 19 numbers stress the importance of making an honest attempt to not “show less numbers” by reporting all Covid-19 deaths, captured by routine death surveillance. “Accepting that under-reporting is an inescapable reality in India, we need regular local estimates of under-reporting to guide us regarding the true estimate of mortality,” says Dr Shevade, “This can be done through post-mortem surveillance of all Covid-19 deaths in sentinel sites. Every district should have one sentinel site (local data for local action). This should be explored. This is important because in a country like India it takes time for data on excess deaths to come out.”

Alongside inaccurate data, there is the problem of inadequate data. Together, they create a fertile ground for the spread of misinformation which severely hampers the battle against Covid-19. Many public health experts say the Centre must proactively and regularly publish reliable all-cause mortality data in regular intervals at the national level so that studies using incomplete and unreliable data to measure the true extent of deaths become redundant.

Telling the truth may seem politically risky, but it’s the only way out. Bad data causes reputational damage. India has already suffered heavily with its official Covid-19 data being widely questioned and public trust being dented. It’s true that the Indian Council of Medical Research has issued a “Guidance for appropriate recording of Covid-19 related deaths in India”, as the Centre likes to stress. However, there are gaps. As Dr Rijo John tweeted last week: “Do you have data to show which states adhere to these guidelines which do not? What actions have you taken against those who didn’t?”