Indranil Banerjie | Why Bangladesh didn’t turn into a failed state

First, of course, it managed to break free from a colonial relationship with its western and more powerful half, West Pakistan 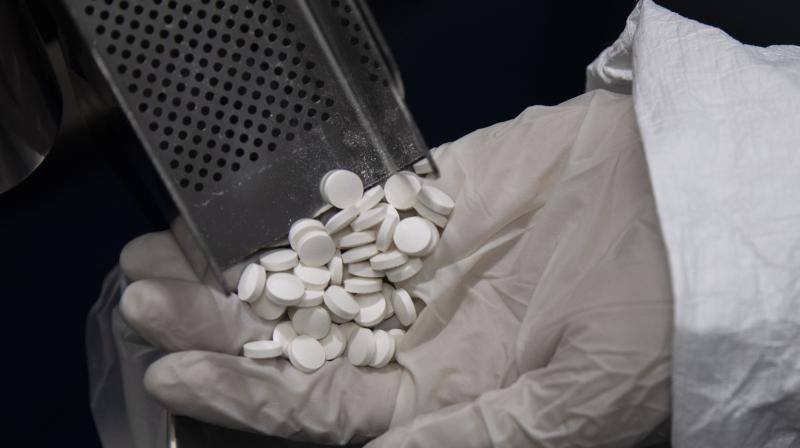 As Bangladesh completes fifty years of its existence as an independent country, the world is applauding its success in nation-building and the creation of a vibrant, booming economy.

The applause is for good reason. Many had predicted that Bangladesh would be a failed state when it first emerged from a brutal freedom struggle in the early 1970s. Former US secretary of state Henry Kissinger once dismissed it as a “basket case”. Today, however, all indicators show the nation is on a steeply ascending curve and is in some ways a model for other nations with a similar history.

So, what did it do right? Three things, in my opinion.

First, of course, it managed to break free from a colonial relationship with its western and more powerful half, West Pakistan. This was by far its single greatest achievement. Ordinary Bangladeshis, despite being massacred and brutalised in the thousands by Pakistani soldiers and their Jamaat collaborators, fought back till they finally liberated their country.

Its existence as East Pakistan was a state of slavery — West Pakistan’s politicians and generals were the real masters. They siphoned off economic resources from the eastern part, keeping it backward and poverty-ridden, while simultaneously ensuring that the Bengalis in the east never acquired full political rights.

The last straw as far as East Pakistan’s Bengalis were concerned was the refusal of their western masters to allow Sheikh Mujibur Rehman to become the country’s Prime Minister even after he had secured a clear majority in the popular vote. Instead of crowning him Prime Minister, Mujib was thrown into prison, thereby provoking massive protests in the eastern wing of Pakistan which eventually led to the dismemberment of the country and the emergence of East Pakistan as independent Bangladesh.

The second reason for Bangladesh’s success was an equally conscious and hard-fought resolve. Bangladesh, unlike its former master, Pakistan, eschewed the path of violence, extremism and militarism. Powerful extremist elements within the country at times wished to steer the country on the same road as Pakistan but better sense prevailed. Bangladesh largely remained a peaceful law-abiding nation that resisted rising fundamentalism, terrorist impulses, disruption of the regional status quo or an expansionist foreign policy.

This not only helped obtain internal stability but also good relations with its powerful neighbour India. Bangladesh could thus keep its defence spending to a minimum and use public finances for the public good.

It is instructive to review how this difference in fundamental approach between Bangladesh and its former master Pakistan has played out. Before independence, Bangladesh was the poorer of the two parts of Pakistan, with the western portion richer by 70 per cent. Today, the tables are turned.

Once a poverty ridden, disease infested backwater, Bangladesh has emerged richer than Pakistan both in absolute and relative terms. It is estimated to be 45 per cent richer than Pakistan, with a per capita income of $2,554 compared to Pakistan’s measly $1,543.

Pakistan’s GDP as of today is $296 billion while Bangladesh has reached $409 billion. The country exports $38 billion worth of goods and services, compared to just $26 billion by Pakistan, which is drowning under massive external debts and is forced to carry a begging bowl to countries like China and Saudi Arabia and institutions like the IMF.

Unlike Bangladesh, Pakistan’s rulers even after their ignominious defeat in 1971 continued to focus on wresting new colonies through military and terrorist means.

They failed in Kashmir but recently succeeded in Afghanistan, where it is bound to bring much misery and continued bloodshed. Their decision to rule with the gun has proved disastrous for its citizens, who are being impoverished daily while millions of rupees are spent on armaments and funding of the Kashmir and Afghan jihad.

Bangladesh, in contrast, spends much of its limited budgetary resources on education (11 per cent), healthcare (four per cent) and just about nine per cent on defence. Pakistan spent more than 18 per cent of its budget on its military, leaving less than 2.5 per cent on education and 1.2 per cent on health!

Pakistan’s military-terrorism machine is a cash guzzler and of late is generating massive inflation at home -- estimated at more than nine per cent as compared to 5.6 per cent in Bangladesh. Today, one US dollar is worth 178 Pakistani rupees, but only 85 Bangladeshi taka. So, the taka is worth more than double a Pakistani rupee!

Bangladesh’s path has been very different — and best of all, it has emerged as a rising civilised nation. Ironically, Pakistan, once the darling of the West, is today considered a failing if not failed state. The Pakistani passport is despised in most parts of the world. So much for jihad.

The third principal reason for Bangladesh’s relative success is its robust entrepreneurial class. Capitalism clearly is not a bad word in that country. Its business tycoons have created massive conglomerates that are gradually being recognised in global financial circles.

Some of the big names include companies like Beacon Pharmaceuticals, Beximco Pharmaceuticals, Square Pharmaceuticals, Summit Power, Renata Ltd, Pran-RFL, bKash and the Meghna Group of Industries. Once known only for its garment exports, the country today boasts of booming pharma, power, banking and fintech sectors.

Although the country’s stock market is still at a nascent state, foreign investors are beginning to notice the potential. As Dawn Global Management, a global investment consultant, said in an interview to the Financial Times, it “is attracted to Bangladesh due to its robust economic policymaking track record, a unique demographic characterised by a young, educated and digitally-enabled population and a balanced economic mix that derives an increasing share of activity from the services sector”.

In this context one cannot but compare Bangladesh with its western counterpart -- West Bengal in neighbouring India, where big business continues to be a dirty word, where a mega automobile project was hounded out of the state and where the highlight of Bengali entrepreneurship were politically patronised chit funds that robbed millions from the poorest of the poor.

At one time, West Bengal and Calcutta were among the most advanced and prosperous parts of India, having been the capital of the British Raj. Bengalis in the west considered their “Bangal” brethren in the east as backward, poor and culturally handicapped. Today, with a per capita income of just about $1,695 and GDP of $210 billion, West Bengal is well behind Bangladesh and is even trailing Pakistan. Clearly, the East Bengalis are having the last laugh. Shabash Bangladesh!