Those fables and fairy tales told to children follow similar patterns: that adults can be evil, you have to look out for yourself 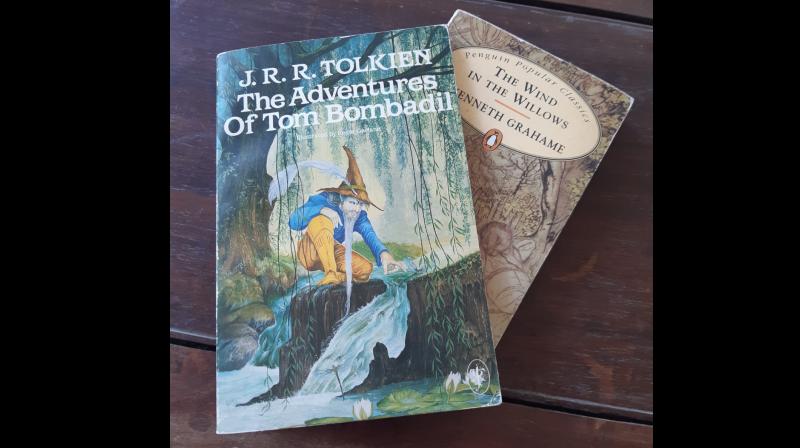 Children’s literature, if you can call Tolkien that, has been a go-to from whenever I stopped being a child, if that ever happens either. (By arrangement)

When I was about 17, I got hooked to JRR Tolkien’s The Lord of the Rings. I had read The Hobbit earlier. And once I moved from the adventures of Bilbo Baggins to Tolkien’s massive trilogy, this became my go-to book to answer all my questions about life and its own questions. All right, that’s a sweeping statement. Maybe not the only book, but one of my main “escape” books. From 17 to about 45, I read the series every six months. Curled up, shut out the outside world and delved into that dark, funny and magical world of good and evil but most of all, of human frailty.

Children’s literature, if you can call Tolkien that, has been a go-to from whenever I stopped being a child, if that ever happens either. I am far from alone in this, but we all have our own reasons. If Bruno Bettelheim points out that the “Uses of Enchantment” are integral to human growth, then writing for children is our first step to being us.

For the same reason, in my youth at least, the insistence by adults that Charles Dickens was essential reading for children destroyed for me and many others a fine Victorian novelist. Oliver Twist and Little Nell were children yes, and David Copperfield started off as one in the novel, but Dickens did not write for children. He wrote about children.

I quibble and digress.

Those fables and fairy tales told to children follow similar patterns: that adults can be evil, you have to look out for yourself. Thus, mythology is perfect reading for the young, once you get past censoring out the sex! Although my paternal grandmother thought the chicanery and wickedness did not provide good lessons for children! For a few generations of Indians, the sanitised pretty-picture version of Indian mythology in the Amar Chitra Katha comics replaced grandmothers and their tales.

From Robert Graves to Joseph Campbell, mythology has long been another escape from everyday reality to larger human reality. To understand why we are what we are, our old tales and fables and philosophies provide invaluable pointers. That behind the history of wars and victors is the human story of why and how our minds work and what we have done with them.

What is growing up then and do we ever do it? All those cartoons we watched in our childhood, Tom and Jerry for instance. Violence, wit and western classical music. Is that being cynical? But the lesson is always the same. The good, the bad, the tricksy nature of life. You might run a mile in fright if you see a real-life mouse and lovingly cuddle your cat, but you really wanted the mouse to win! The wily coyote to fall off the cliff. The duck and rabbit to outwit the gun.

Obviously, I was grown up (well, open for debate!) by the time I reached J.K. Rowling and the Harry Potter series. I devoured them all the same and shared the wonder with my nephews. I saw the references to Tolkien and C.S. Lewis’s Narnia and so many other similar writers before Rowling, but you had to appreciate her own story and her adherence to that age-old dictum: adults can be evil, children for themselves.

There are books and books and reasons and reasons for reading them. But I’m thinking about books for escape. For when reality is tough and you crave the thrill of familiar fears, hopes and solutions. One of my favourite sections of Lord of the Rings is when Aragorn demands the dead fulfil their promise, powerfully conjured in the Peter Jackson films. And then always, for the comfort of food, song and magic, the time that the hobbits spent with Tom Bombadil, sadly and unforgivably left out of the Jackson film series. Two favourite bits, dark and light but think a bit and you don’t know which is which.

Last year, I read through the entire Georgette Heyer romance series to shut out the pandemic. The effects of this year’s pandemic are so bad, that I have not been able to find that solace. The Lord of the Rings saw me through the Gujarat riots of 2002, and I have not read the series since. Instead, I have done the unthinkable and watched the films over and over again. I started with a six on ten, but the marking has improved since then.

It’s magic that gets me through, though. The unreality of our reality. The wonders of nature, of anthropomorphic animals that tell us about ourselves in Kenneth Grahame’s The Wind in the Willows, the humour, the sensitivity, is distilled into Rat’s words, “This is the place of my song-dream”, in the chapter, Piper at the Gates of Dawn. From Pink Floyd to the craving for divinity to mythology to human longing to Bruce Chatwin’s The Songlines, it’s all in that chapter.

Somewhere trawling through the online world of books, I downloaded a book about Bengali fairy tales. I want to hear them in my Mother’s voice but I cannot. So, I read about the boy whose soul was locked into a box and I wonder. I cannot escape our current reality because I do not want to, and I cannot do the other human thing of belief. But I can dream of running away. To where, and in which book, is what I can no longer answer.